BET has solidly found its lane by reminding the world of the glory of Black culture, especially through music, and this continues on American Soul.

From his rise in the 70s to the end of his life in 2012, American Soul seems to remind the old, young, and all those in between who is the man known as Don Cornelius. James Brown may have been Soul Brother #1 but when it came to television, Don took on that role and from what we see, it wasn’t by speaking softly and saying please. Whether it is sweet talking Gladys Knight, getting into business with a gangster like Gerald Aimes, or upsetting his wife Delores multiple times, Don made a way out of what many thought there would be no way.

However, American Soul isn’t just about Don Cornelius. Focused on alongside him are JT, his 16-year-old girlfriend Simone, and her brother Kendall. Kendall and Simone become Soul Train dancers and JT? Well, his problems come in the form of a gang we commonly know as the Crips but formerly were to be a revolutionary party.

Together, we see both the culture that needed, embraced, and was part of Soul Train and its long terms effect not just on Black America, but perhaps the world. 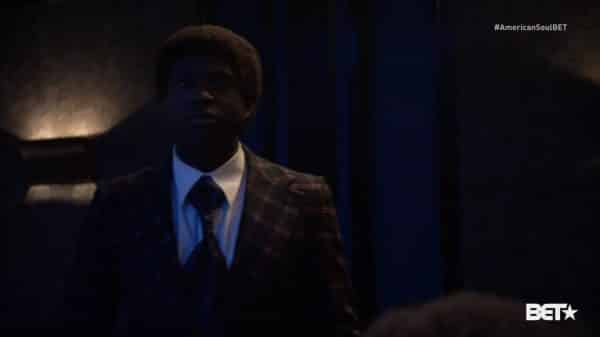 Whether you grew up on Don Cornelius or retroactively learned who he was, you recognized the presence and stature as if he was the first president of America. He was a calm, cool, and collected brother, never raised his voice, was professional, yet always appreciative of his guests. Everything and more that Don represented Walls gives us and more.

But, what you also have to love about the way American Soul allows Walls to perform is this is warts and all version of Don Cornelius. From seeing his suicide at the beginning and end of the episode, it is clear that we aren’t getting a show which is just about increasing the value of the brand. We’re getting to see all aspects – the man, the myth, and the legend. From Don who did drugs, was a cheater, to the man who, business-wise, stuck to his principles and showed no fear. Walls delivers all this and more, and he presents this role as not only a breakout but a check on everyone to let them know he has been ready and has just been waiting for them. Greenleaf alumni Jason Dirden is something else. He has a certain persona which he carries into American Soul and while one could say he is playing someone similar to Pastor Skanks. However, let’s not pretend many an actor doesn’t bring their energy to a character and has that character adapt to them. Something that, arguably, Dirden does, but it is hard to find a single reason to complain. His eccentric style, energy only Little Richard at his height could compete with, makes it so he can easily steal a scene, even when the man, in episode 2, is trying to sell honey in a bar. 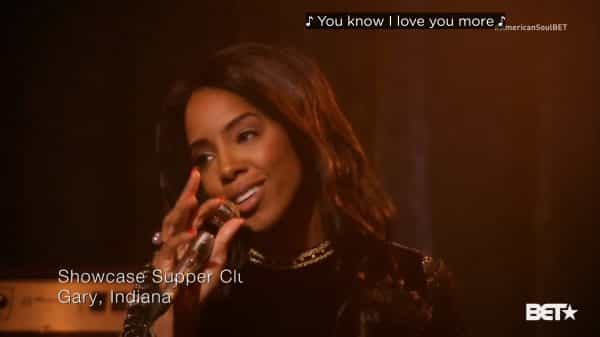 Sometimes it is easy to forget that Rowland has been acting for quite some time. Nothing huge, to the point you saw a real marketing campaign behind what she was in, at least not since Freddy vs. Jason, but that might change. Like Walls, she steps forward into the spotlight and reminds us she is multitalented and a force to be reckoned with. Leading you to hope, fact or fiction, she and Don have something going on because their chemistry? Oh, it’s honestly better than what Don has with his wife, at the time, Delores.

Did We Really Need To See Don Kill Himself In The Beginning & End of the Episode?

The pilot begins and ends with Don killing himself. Most of us know how Don Cornelius died, but there is something about the pilot ending with that which seemed to be a ghastly reminder. One which felt like it was meant to undercut all we saw him do and remind us that, in the end, the man who we see as so great killed himself.

Now, arguably this could open up conversations about mental health, among other things. However, that was not present in this episode and thus what perhaps was meant for shock value, or a grim reminder, felt like an unnecessary edition.

The Life Of The Teen Dancers & Tess 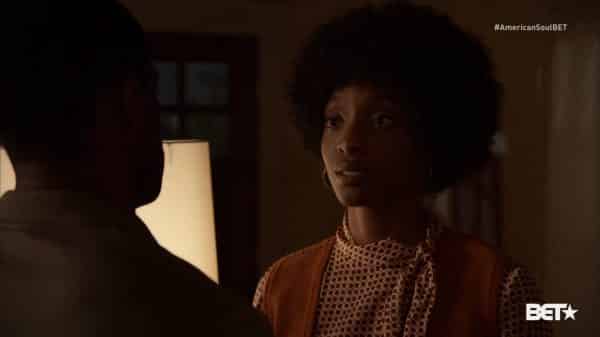 While I appreciate Tess being a strong Black woman, married to a Black man, seen from every angle from vulnerable to ready to curse someone out, I feel like she is a grow on you type of character. The same goes for the kids since, while Simone seems geared to coincide with the rise of Soul Train, Kendall and JT have a whole life outside it. Kendall is trying to avoid going to Vietnam, where his dad was sent, and JT is dealing with a drug addict for a mom and, in episode 2, finds himself part of the Crips.

Those two, with their non-Soul Train related storylines, might become a problem. Unless they make it so good that you don’t end up minding the only connection to the main story being someone singing on Soul Train as they do something stupid.

There is a line that Don tells Gladys dealing with having Black folks seen the way they meant to be, especially with Black folks driving the car. With BET’s recent strong of biopic mini-series, it feels like they are truly trying to harness the ideals that externally, maybe internally at one time, it was hoped BET would provide. That is, reminding us of our past and not watering it down with respectability politics. Presenting Black people as complicated – capable of being anti-heroes as much as villains you love to hate. All the while, showing how life changes people and makes it so, no matter the stereotype or preconceived notion, you can’t just a person by their skin color whether you mean to by work ethic, talent, or their future.

Leading to why the positive label: At this point, I think BET has begun to deserve to be called Black Entertainment Television instead of the many names used to mock it in the past. For with consistently better programming, diverse and rich, made for Black folk but absolutely capable of being enjoyed by all, it’s like the station many wanted and dreamed for it to be. Something we see in American Soul as talent which has played second fiddle or was the co-star finally get their spotlight and show the world that, paraphrasing Viola Davis, “The only thing separating people of color from their white counterparts is opportunity.” The kind which for many may not be seen elsewhere, so it has to be created. Just as Don Cornelius did.

Did We Really Need To See Don Kill Himself In The Beginning & End of the Episode? - 65%

At this point, I think BET has begun to deserve to be called Black Entertainment Television instead of the many names used to mock it in the past. For with consistently better programming, diverse and rich, made for Black folk but absolutely capable of being enjoyed by all, it’s like the station many wanted and dreamed for it to be. Something we see in American Soul as talent which has played second fiddle or was the co-star finally get their spotlight and show the world that, paraphrasing Viola Davis, “The only thing separating people of color from their white counterparts is opportunity.” The kind which for many may not be seen elsewhere, so it has to be created. Just as Don Cornelius did.