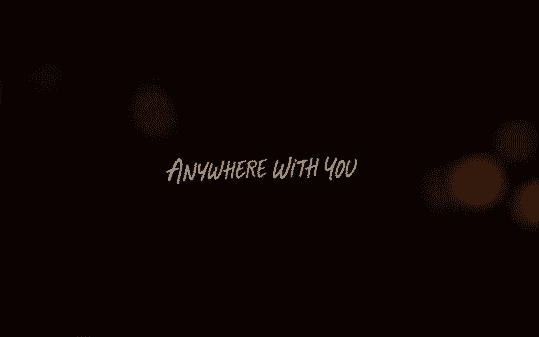 Anywhere With You is an adorable movie which shows the challenges a young, newly to LA couple, deal with over the course of 24 hours.

Anywhere With You Plot Summary (Commentary on Ending on 2nd Page)

Both from the Midwest, Amanda and Jake move out to the LA area with hopes and dreams. Well, Amanda did at least, even a plan, and Jake’s love for Amanda swept him halfway across the country. However, nothing ends up easy for these two. Nearly everyone in Amanda’s family looks down on Jake and questions why is she with him. On top of that, while sweet, Jake does have ways about him which lead you to question if he is an asset or liability to Amanda’s dream.

Leaving you to wonder if, by the end of the movie, will the first 24 hours in LA break these two apart, after six months together, or only strengthen their bond?

Amanda and Jake Are Adorable

Within 3 minutes, you’ll think Amanda and Jake are one of the most adorable couples you’ve seen in an indie movie. The way the actors smile at one another, are playful, even how they interact when they are mad almost makes you wonder if they are a couple in real life. For even as Jake makes mistakes, there is something between these two which makes the idea of them breaking up feel unlikely. Not in the usual way, of thinking the story is too basic to throw a curve ball like that, but because there is the type of connection that seems too real for the usual dramatics.

While A Lot Happens To Amanda & Jake, As A Viewer It Feels Like Nothing Did

The film deals with a little more than 24 hours, and there is a lot which happens to both Amanda and Jake during that time. Both look for work, Jake finds an old friend, weed is smoked, networking is done, and for the average person, that would be a lot to do in 24 hours. However, as a viewer, things fly by so quickly that it seems almost like nothing went down.

What may not help is as much as you may love Amanda and Jake as a couple, and their commitment to one another, because they are co-dependent, it makes it so the film lacks drama. Don’t get me wrong, they both deal with obstacles and argue with each other and third parties. However, sometimes Anywhere With You feels like a YA novel adaptation that ignored most of what happened in the middle and focuses solely on the beginning and end. 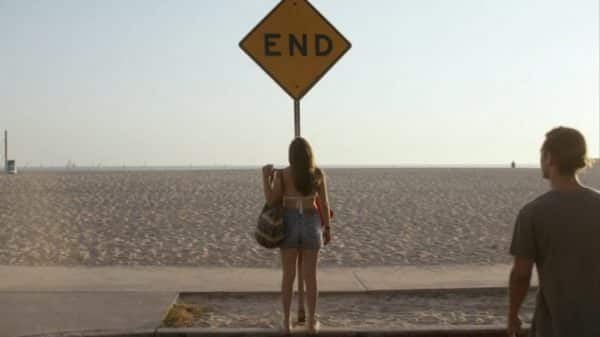 Anywhere With You is the kind of film which, if part of a package like Netflix, part of Amazon Prime, or other platforms, it would be an easy thing to recommend for it is part of a package you likely already have. However, while a little over $6 won’t kill you, I can’t say you’d think, for this movie alone, it is money well spent. But, even with that said, all indie filmmakers have to start somewhere.

Hence the mixed label. What we get from LaDoul, La Via, Saylor, and Lombardi, as well as other cast members not noted, is a beautiful piece about the young love we often hear in stories featuring much older characters. You know the story, right? When they speak upon how broke they were, but the other notes they at least had each other? That is what Anywhere With You brings and while there are events which threaten the relationship, you hope by the next sunrise Amanda and Jake will still look at each other as they did when the movie began.

Anywhere With You Ending Explained and Commentary (Spoilers)

In the end, everything turns out right for Amanda and Jake and, I must admit I had mixed feelings. On the one hand, I love these two together and didn’t want them torn apart for whatever reason. However, her cutting herself off from her family for this boy still seemed weird to me. Don’t get me wrong, they look cute together, and even with her going off on him when her car gets towed, I was rooting for them. But with things going from her deciding not to live in her aunt Jeanine’s home for Jake, Jake costing her over $500, and pretty much being the main factor she cuts out most of her family, it is sometimes hard to understand why she is able to sacrifice so much yet still love this guy.

And mind you, when things get better, it isn’t like they make some huge leap and are in a perfect position. Jake gets a job at a book store, Amanda may help Jake’s friend, Danny, and the people he hangs with, with their social media presence, maybe acting as their manager, and that’s it. So things are looking up but it isn’t like Amanda’s choices are validated beyond her wildest dreams for blowing off her family for this boy she knew for six months. Which was one of the factors for the rating since, granted, I don’t know LA culture, so maybe things can turn around in a snap like that? The west coast, so I hear, can be much more chill than the east coast. However, there is just a little bit too much luck involved to not raise an eyebrow to.