Words Bubble Up Like Soda Pop (2021) – Review/Summary (with Spoilers)

Words Bubble Up Like Soda Pop may not have the best pacing, but when at its best, it’ll make you swoon and potentially have you teary-eyed.

Yuki, commonly known as Smile, is a social media influencer who recently got braces due to not liking her buck teeth. As this happens, a boy named Cherry is prepping to move with his family and is covering his mother’s shifts at a old folks home after she hurt her back. These two end up on a collision course at the mall, as one of Yuki’s friends, Beaver, is stealing something for another one of Yuki’s friends, Japan. He bumps into one, Yuki and Cherry swap phones, and because of this chance encounter, they find themselves in each other’s life. 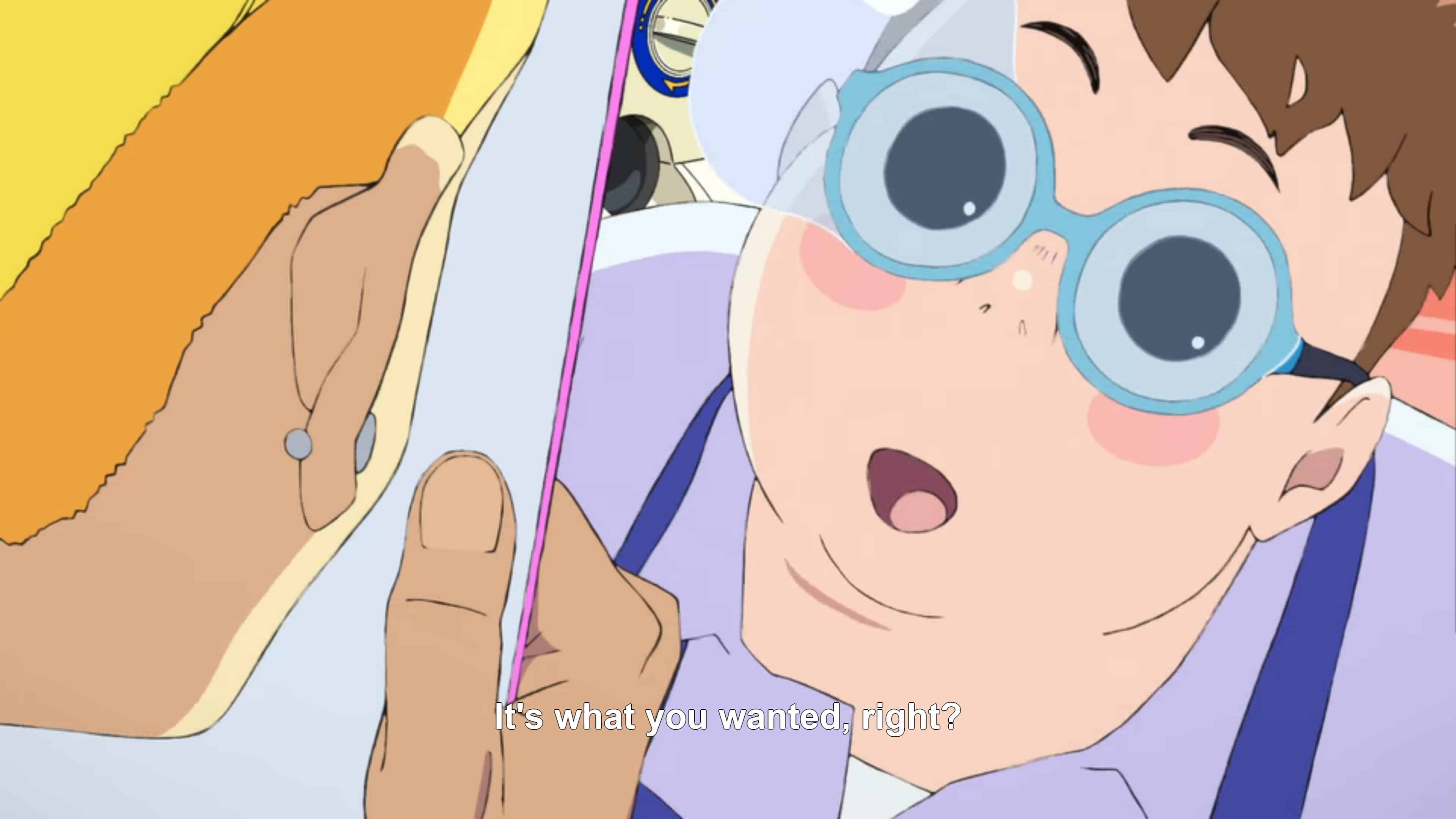 But, what really drives them close is Cherry’s haikus alongside Yuki’s investment in Mr. Fujiyama, one of the seniors he helps take care of. The gentleman is looking for one specific record, and in trying to find that record, Yuki and Cherry bond and grow closer than either likely expected.

There are two love stories at play in Words Bubble Up Like Soda Pop. The first is Yuki and Cherry, which is a long burn and takes nearly the entire movie to go anywhere. However, then there is the second one, the tear-jerker, which is Mr. Fujiyama wanting to hear the voice of his wife, Sakura, who has passed. Her voice is encapsulated on a rare record he has been hunting for years, and as his mind goes, he just wants to hear her voice one more time, and that love story is what keeps you connected to the film.

Granted, it takes damn near 40+ minutes for that storyline to kick in but it feels like a saving grace once it does.

At Times, The Pacing Comes To A Crawl To The Point You’ll Get Bored

Sadly, while accurate considering how both can be shy and insecure about certain things, Yuki and Cherry make this film drag for nearly half of the film. Cherry’s haikus don’t hit in a way that makes you truly take note of what he is saying, and when it comes to Yuki’s issues with her teeth, it doesn’t lead to exploring Japan’s take on the dental industry. It’s all very dull, slice of life, with this slow budding romance that goes nowhere quickly. But, again, once Mr. Fujiyama evolves from an eccentric old man, who sometimes yells randomly, to this old man who just wants to hear his wife’s voice one last time, then things pick up. I wouldn’t say when it comes to Yuki and Cherry’s relationship, which barely reached the point you’d want to invest, but

If Yuki and Cherry, as characters and two people coming to like one another, were made into a stronger story, this would have been worth seeing. However, with that first half of the film being dry and making you question if there might be something better to watch, Words Bubble Up Like Soda Pop might be hard to get through for some. Hence the mixed label.

Words Bubble Up Like Soda Pop (2021) – Review/Summary (with Spoilers)
Who Is This For?
Those who enjoy slow-moving films that don't rush much but have a decent payoff in the end.
Highlights
The Love Stories
Disputable
At Times, The Pacing Comes To A Crawl To The Point You’ll Get Bored
78
You Might Be Interested In