Why Don’t You Just Die! – Review/ Summary (with Spoilers)

For those who like violence, with a touch of comedy, “Why Don’t You Just Die” was made for your viewing pleasure

All Matvey wanted was to impress his girlfriend. After all, she, Olya, is beautiful, sweet, and he is lucky to have her. Yet, the thing she requests of him, which deals with her father, is something big. The type of thing that only someone like Matvey would try to pull off with no real plan and just a hammer.

What is it Olya asks, by the way? Well, she wants Matvey, who is probably 130 pounds soaked and wet, to take on her father, Andrey, who is a big guy with police training. Leading to what is an entertaining mix of over the top fights and gallons of blood within small spaces. 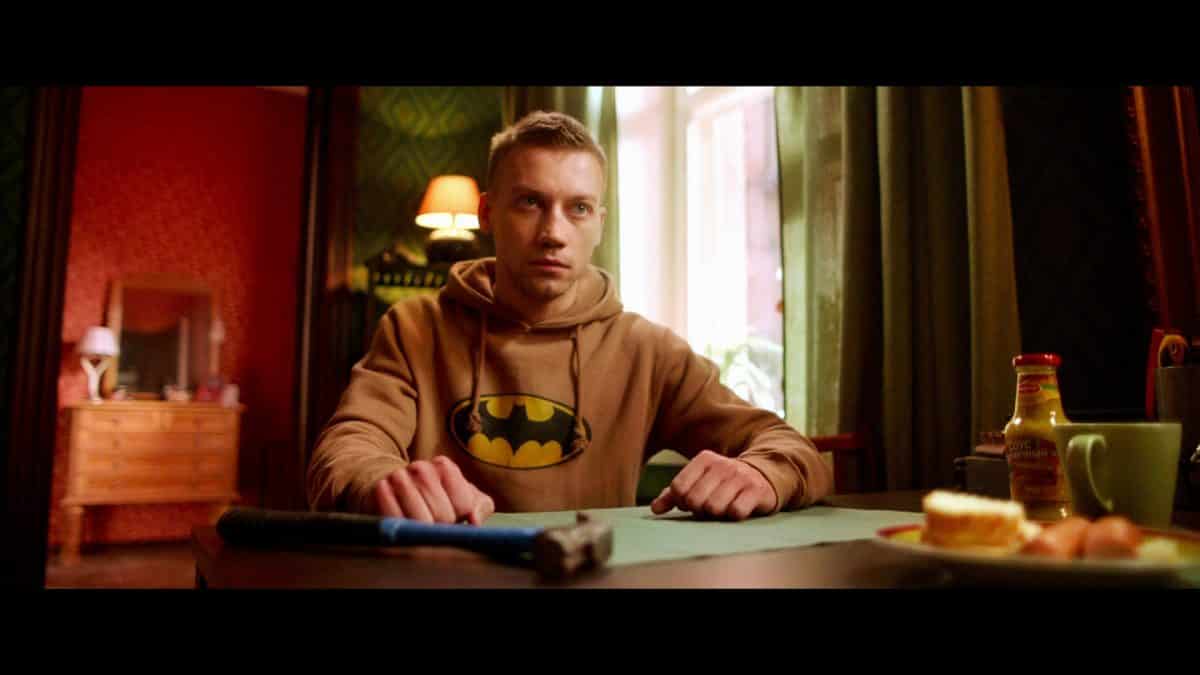 You’re Going To Flinch A Bit

The one thing which stinks about a lot of action films nowadays is that everything feels so polished that it takes away from the brutality of what’s happening. That isn’t so much the case here. In just Andrey and Matvey’s fight, which is one of many, there will be times your neck will tighten, and you will make a face like you smelled something disgusting. For while the film does tap dance on the line of doing a little bit too much, it does know when to reel things back so it doesn’t get over the top to the point of you being desensitized.

The Comedy and Story

Note: This isn’t an action-comedy. However, it is a film which has a whole lot of violence, and sometimes a few well placed comedic moments to keep you on your toes. To not allow you to think this film wants to take itself too seriously but wants you to realize what is going on is only a laughing matter because of the desperation of all parties.

Prime example, the image used below, with Andrey throwing a CRT monitor, when he tried to the first time it was still plugged in, which gave Matvey a chance to make a comeback. And when you dive into the story, it creates this beautiful mix of going back and forth about who is in the wrong, and while it isn’t so grand it keeps you on your toes. It’s just good enough for you to understand the violence. Never mind all the backstabbing that goes on. 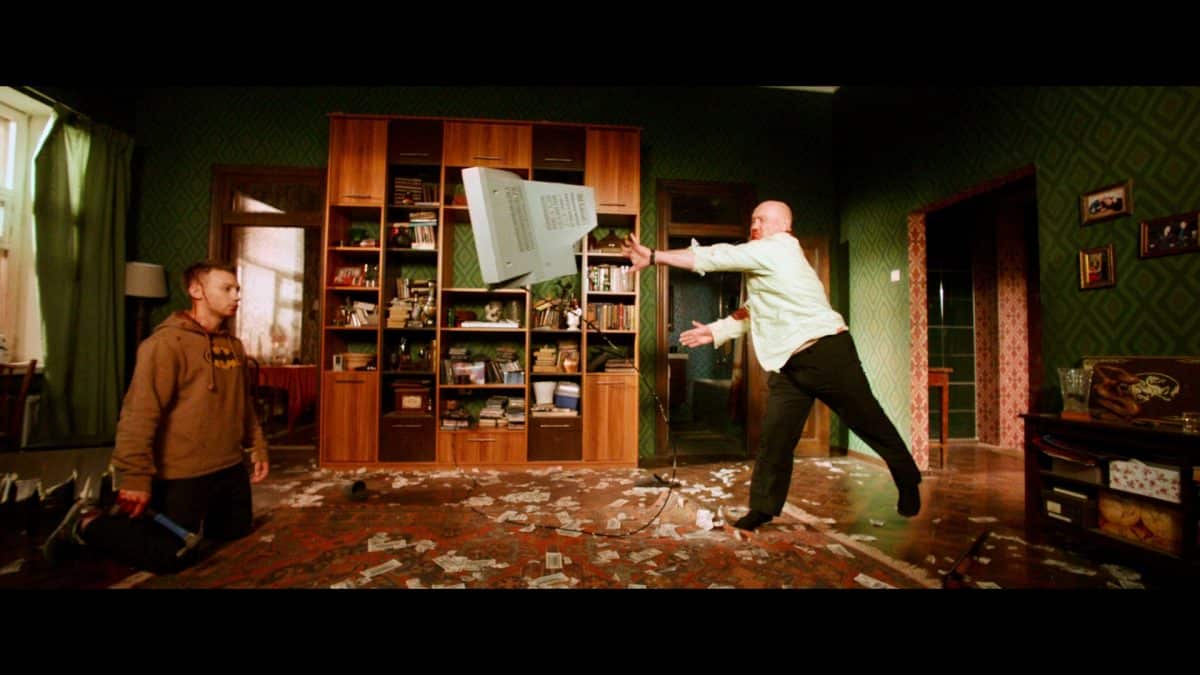 Tasha, Olya’s mom, Andrey’s wife, she may underwhelm you as a character. For while Olya has the nid if being the catalyst, Tasha just exists. Not in a way that makes for funny moments or represents how you may react. She is just, for lack of a better term, the only semi-normal one. Making it so whether she is on screen or not, eventually, you just don’t note of her existence. While we enjoy a violent film, the one thing we don’t get enough of are films like “Why Don’t You Die!” that either remembers violence should be brutal, not just bloody, and that you can have fun with it. After all, the petty and sometimes silly reasons two people come to blows cannot be undervalued. I mean, Matvey went after Olya just because she asked and, mind you, HE NEVER MET THE MAN! Much less, who knows how long he was dating Olya to even take on Andrey.

But, the madness is what makes the film and also why we think it is worth seeing. So, go and get it from Amazon.