Wherever I Look
Recaps, Reviews, and So Much More
Home Movies Velvet Buzzsaw – Summary/ Review (with Spoilers)
MoviesNegative (Acquired Taste)

Velvet Buzzsaw barely lives up to the expectations of what you expect from a horror, lacks the urgency of a thriller, and is mostly just tiring art world drama.

Table of Contents show
1 Velvet Buzzsaw Plot Summary
1.1 Collected Quote(s) or .Gifs
2 Criticism
2.1 The Spirit(s) In The Art
3 On The Fence
3.1 It Tried To Make A Horror/Thriller High Class
4 Overall: Negative (Acquired Taste) | Available on Netflix
5 Follow Wherever I Look on Twitter, Like us on Facebook and Subscribe to the YouTube Channel.

Josephina, for quite some time, has been a bit of a protégé to Rhodora – a big name art dealer. However, with her being consistently tardy, she wears on Rhodora’s patience. That is until she discovers the artwork of Vetril Dease. His work, mesmerizing to all who see it, becomes the local rage and everyone wants to get their hands on it. However, what Josephina doesn’t reveal to a soul is that the work, upon Dease’s death, was supposed to be destroyed. But considered Rhodora and Josephina are hovering around eight figures selling Dease’s work, they don’t care.

That is, until people start dying. Then it becomes an issue for everyone who profited from Dease’s work dies one by one, with not much in the way of explanation. Well, besides Dease’s time in a mental hospital may be leading him to become possessed and putting whatever took hold of him into his work.

Ideas come, but they kill themselves as soon as they appear,
— Piers (Velvet Buzzsaw)

The Spirit(s) In The Art 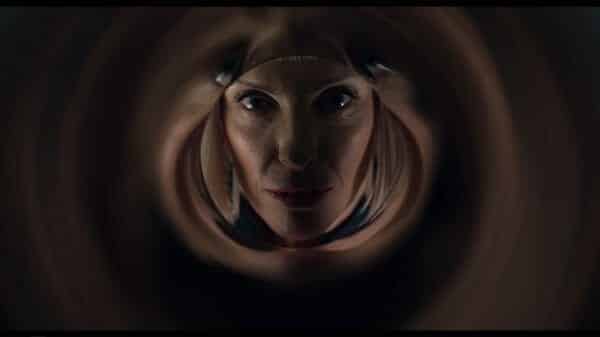 When it comes to Horror movies, the best part is usually, if not supposed to be, the villain. However, we never get to know what the heck is behind Dease’s paintings. We do learn his backstory filled with abuse, murder, and dying of old age. However, he isn’t doing any of the killings but his paintings and the curse of selling his work. Which, in the long run, becomes a bit of a let down. For while one death is gruesome, because a person’s arm is ripped off, the others aren’t. Making it so the film tries to compensate for not having an actual villain by having pretentious people die violently. But, again, only one kill was something which was truly noteworthy.

It Tried To Make A Horror/Thriller High Class

A part of me feels like Velvet Buzzsaw should be given props for trying to be different. No killer is running around, some demon from the beginning of time or that was summoned, the villains are essentially our stars, and they are getting their comeuppance. The problem with this is, while listening to Morf, Josephina’s boyfriend for a time, critiique art, see him and Gretchen bicker, and others get involved, they don’t annoy you to the point you get giddy about them being killed off.

When it comes to the characters in this movie, none of them have that love to hate vibe. They are just artsy fartsy types willing to hype up Dease’s work to make money. All the while having loads of personal drama between them which, honestly, could have been its own movie – minus all the killing. In fact, the mash-up of these evil paintings mixed with art world drama rarely meshes to the point of thinking the end result was a good idea.

I can’t even say there was a saving grace amongst all this. Well, beyond John Malkovich as Piers who probably is as over what is going on in his life as you will be halfway through this movie. 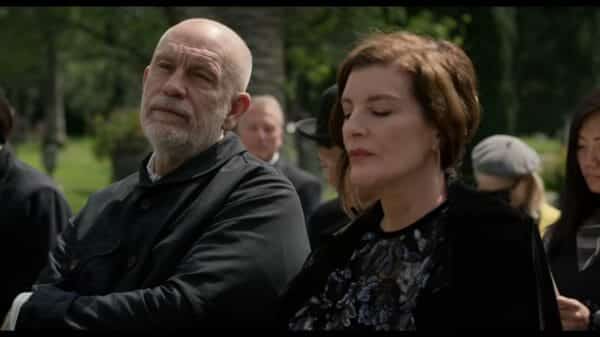 I’m sure this film may appeal to some, but for a two-hour movie, it is hard to say most may stick around to the end unless they hope it may get a last minute pop. However, the film doesn’t and instead just keeps picking off one character after another who was never made likable enough for you to care or so wicked you are glad to see them die.

Hence the negative label. Though I hate using the category, it’s hard to come up with something worth praising with this film. The kills aren’t built up enough, nor gruesome, if you came for the horror angle. As a thriller, there isn’t much, if any, sense of time being of the essence, and while there is a bit of drama between the characters, it’s all so petty in a way which is barely compelling.