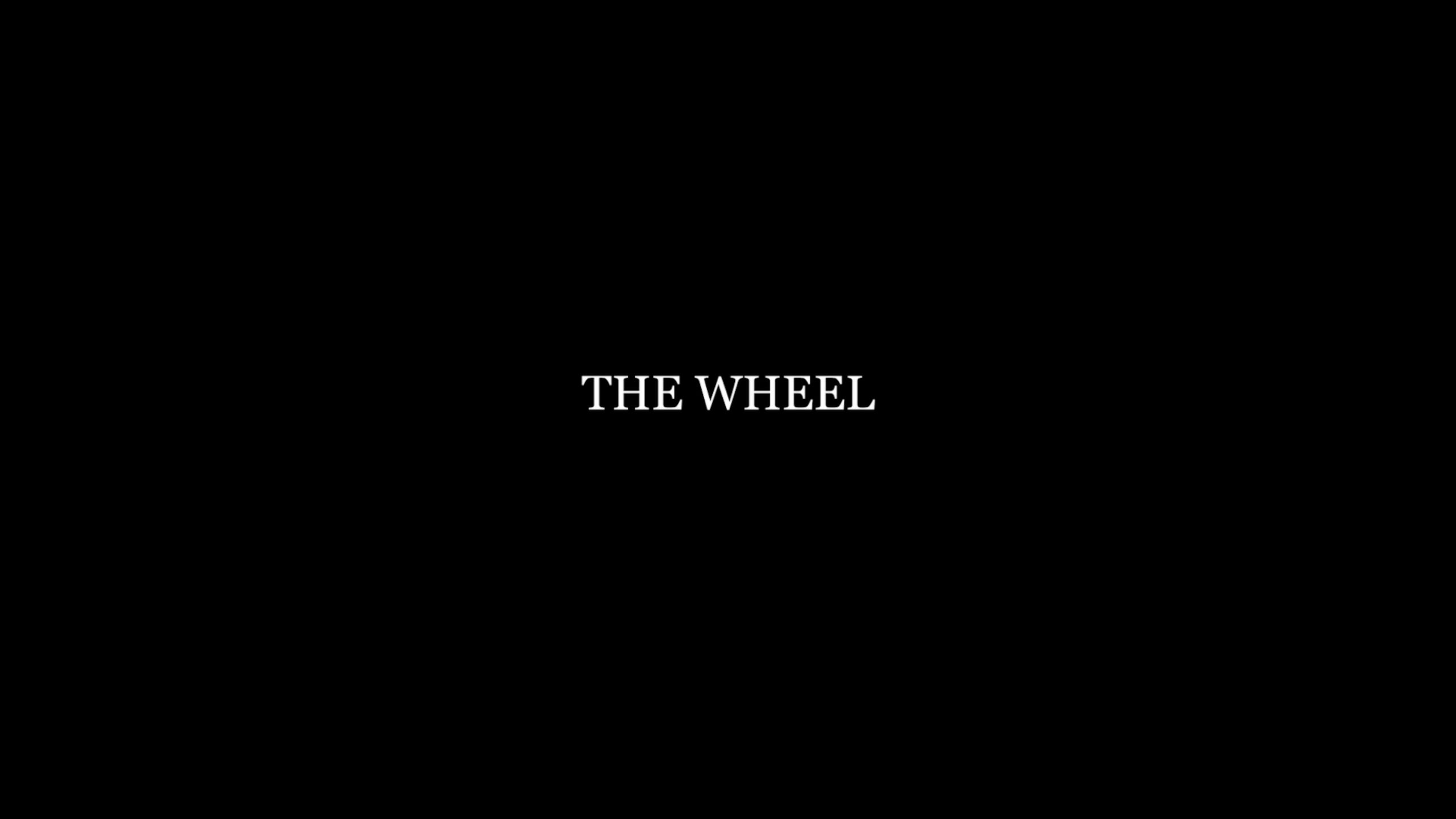 "Title Card for the movie The Wheel," The Wheel, directed by Steve Pink, 2022, (Quiver Distribution)

“The Wheel” questions whether love can heal someone with unresolved trauma who may not know what they have until they are about to lose them?

Since they were 16, Albee and Walker have been married, but eight years later, there is a need to question if the marriage is at its end? The two met when they were 12, in foster care, and it seems part of their relationship was built on trauma bonding, and in Albee’s mind, their marriage was built on Walker wanting to be her night in shining armor. But what can such a relationship be when Albee no longer needs Walker but has to want him for who he is? Never mind Walker needing to evolve past being a savior, and seeing Albee as a damsel in distress, and seeing her for who she is.

People don’t run not to be chased.
— Albee

While it isn’t clear why Albee ended up in the foster system, it is made clear that her time in it veered from simply being unhappy to outright traumatic. For even when she was adopted, things didn’t get better, but luckily for her, despite being rather stand-offish, Walker persisted and became one of her favorite people.

Like Albee, Walker ended up in the foster system and has a few scars because of it. But, unlike Albee, Walker has not let the pains of the past direct the path he takes in the future. And it is perhaps due to this that Walker has given Albee immense grace, for he is one of the few people in her life who gets it. Hence, he followed her from Texas to LA when she decided to become an actress, and he would make ends meet by carpentry work.

Depending on who you talk to, Ben is a failed musician lucky to be engaged to someone who has something. However, by Carly’s standards, Ben is just a nice guy; she is a lucky girl and can’t wait to get married.

From what it appears, Carly is a local who has a bit of a habit of getting involved in the lives of the people she rents a small cabin to. But, what can she say? She lives, and maybe grew up, in a small town, and sometimes the people who visit need someone who will listen and give them some genuine human connection.

While Albee Is A Piece Of Work, You Get Why Her and Walker Are Together

The idea of loving someone through or despite their pain is rough. Most of us want someone who is healing or healed and not someone who needs to learn how to communicate better without thinking any, and all disagreements or confrontations should be seen as an argument. But that’s an ideal.

People are flawed, and while many are functioning, despite their flaws, it doesn’t mean they can operate to their maximum potential in all areas. Because of that, many people need grace, like Albee. Now, is having a hard life an excuse for how Albee treats Walker? No. However, there is something to be said about someone knowing all of you, especially the worst bits, and still trying to work things out.

Which is why you can see the relationship between Albee and Walker being complicated yet still ongoing after eight years. Like the other person, the relationship is evolving, but with both having fractured foundations, neither really has the blueprint to know what love is supposed to be.

For Walker, as much as he can be seen as a good guy, you can’t discount that he is trying so hard to have an ideal relationship with Albee that he is ignoring what she really wants and needs. Heck, you could even say that he is so stuck on what happened to her that he isn’t seeing or hearing who she is in modern times. Never mind, with him not talking about being adopted, Albee is all he has, so letting her go means discarding his only family.

Then with Albee, with trauma being so common and normal in her life, it’s easy to imagine Walker not necessarily responding with anger and vitriol, even after all these years, being something she has a hard time getting comfortable with. After all, what makes him different and her so special compared to everyone else she has had in her life? You can see that question causes a push and pull type effect, leading to your understanding of why the film is called “The Wheel.”

These two go through a constant pattern of her pushing him away, him chasing after her, and maybe her slowly letting him back in when she realizes not only what she has but that he is the only one who loves her while knowing her flaws. All of which does make for what can be seen as a toxic relationship, but also one that feels real because it isn’t about you getting butterflies but understanding relationships, especially long ones, formed in your teens, are tough.

When it comes to Ben, a former musician who retreated to the woods, while he makes for a decent scene partner, particularly when he is riling up Albee, he doesn’t offer much more than that. His past and relationship with Carly don’t make you want to know more or see more. He just seems like a bland version of Albee, stripped of all that makes Albee’s life complicated.

The same goes for Carly. She is this nice young lady, excited about her wedding, and you are given little reason to join in the excitement. Heck, at times, it seems the main point of her and Ben is strictly to bear witness and poke the bear to get Albee and Walker to show how bad their relationship has become. Which they do well, but considering you can imagine them being replaced by anyone and it not mattering much, that’s why we’re on the fence about them.

The Wheel (2022) – Review/ Summary (with Spoilers)
Overall
While the supporting characters of “The Wheel” are frustrating, there is no denying that the core relationship has just enough complexity to get invested in, to the point of feeling torn about how it should end.
Highlights
While Albee Is A Piece Of Work, You Get Why Her and Walker Are Together
Disputable
Ben and Carly’s Relationship
79
Follow Wherever I Look on Twitter and Instagram, Like us on Facebook, and Subscribe to the YouTube Channel.