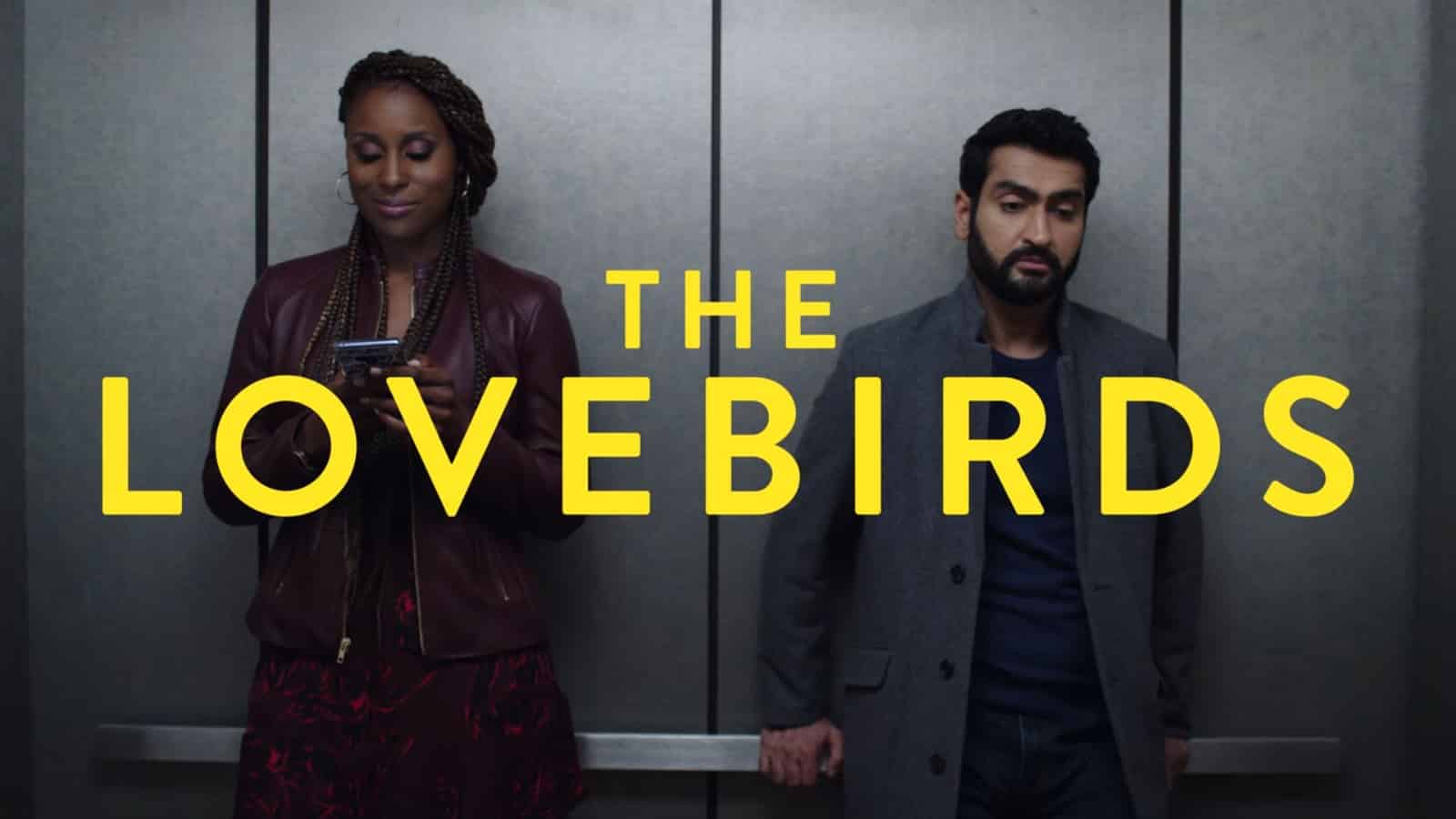 Issa Rae and Kumail Nanjiani are well paired in “The Lovebird” as their brands of awkward collide and create a chaotic romance.

After four years together, Leilani and Jibran are at the end of their rope. They barely agree on anything, fight constantly, and with him thinking she is shallow and her making him feel like a failure, it is agreed that it’s over. But then they get caught up this huge ordeal dealing with a local cult that throws off their breakup as they find themselves needing each other more than ever.

The more social person of her relationship, who is deftly aware of the police and is probably the least happy between her and Jibran.

A documentarian who is very particular, and sometimes neurotic, but does have a lovable side to him. It’s just he has to be having a one on one situation with you for you to see it.

The wife of a congressman who is trying to keep her man from experiencing a scandal.

Throughout the movie, we see Mustache murder people, and we’re pushed to assume his work is about covering for the organization: Sacrarium.

Edie’s husband who is trying to keep from being blackmailed.

With both Rae and Nanjiani finding their niche in playing awkward characters, the combination creates the perfect pair. For whether we’re talking about how neurotic Jibran can get or Leilani being more socially adept than Jibran but certainly not adept, it creates multiple comedic moments. Mind you, some fall a bit flat, like when they need one of their friends to hack a phone. However, while the awkwardness doesn’t do much for the plot dealing with them being on the run, it makes the relationship believable.

It Gives Room To Breathe

“The Lovebirds” I wouldn’t say is the funniest film, but what makes it decent is that it recognizes people sometimes need a moment. Especially when you see a new side to someone, good or bad, and you have to change your perspective. Multiple times the film gives Rae and Nanjiani a chance to breathe, and since this isn’t a straight-up romance, there isn’t a violin playing or a romantic song. Thus giving the moment real authenticity and pushing you to understand, despite their problems, why you should invest in this couple’s survival. Not just because they are in way over their head, but because there is something about the two.

The whole murder mystery plot is a ends to a means. It forces Jibran and Leilani to postpone their breakup and see, despite their issues, the positives. Though perhaps the bigger issue is, in having that mystery, it makes many of the people involved not that notable. Even Edie, who you see in the trailer, with the horse situation, you don’t remember her for the character as much as the comedic situation she sets up.

And as for comedy, let’s just say “The Lovebirds” is one with subjective jokes and situations. But considering Rae and Nanjiani are more so actors with dedicated fans than those who pursue trying to be funny to anyone and everyone, what you expect? Also, while Nanjiani has done stand up, he didn’t write this, and his last special was, what? 2013? I’d say he has put behind him trying to be the funny guy and just wants to make people chuckle.

Is it unfortunate we didn’t get to see this in a theater? Yes. While by no means a blockbuster, I’d say I’d use one of my A-List tokens to see this, and wouldn’t have an issue with paying a matinee price. Now, this isn’t to say if this was a PVoD release, at $20.00, I’d jump for joy just to have access. For as much as we love Rae, and are cool with Nanjiani, you can tell this was made for their shared audience. It wouldn’t make either bigger outside of television, and certainly not catapult them out of their niches.

Hence the mixed rating. As much as we like Rae and think Nanjiani made the perfect partner for her, neither bring the funny this movie needed. Also, when it came to the murder mystery, it was serviceable. It did what needed to be done for the romantic plot, and no character of it stood out beyond whatever violent situations they made. 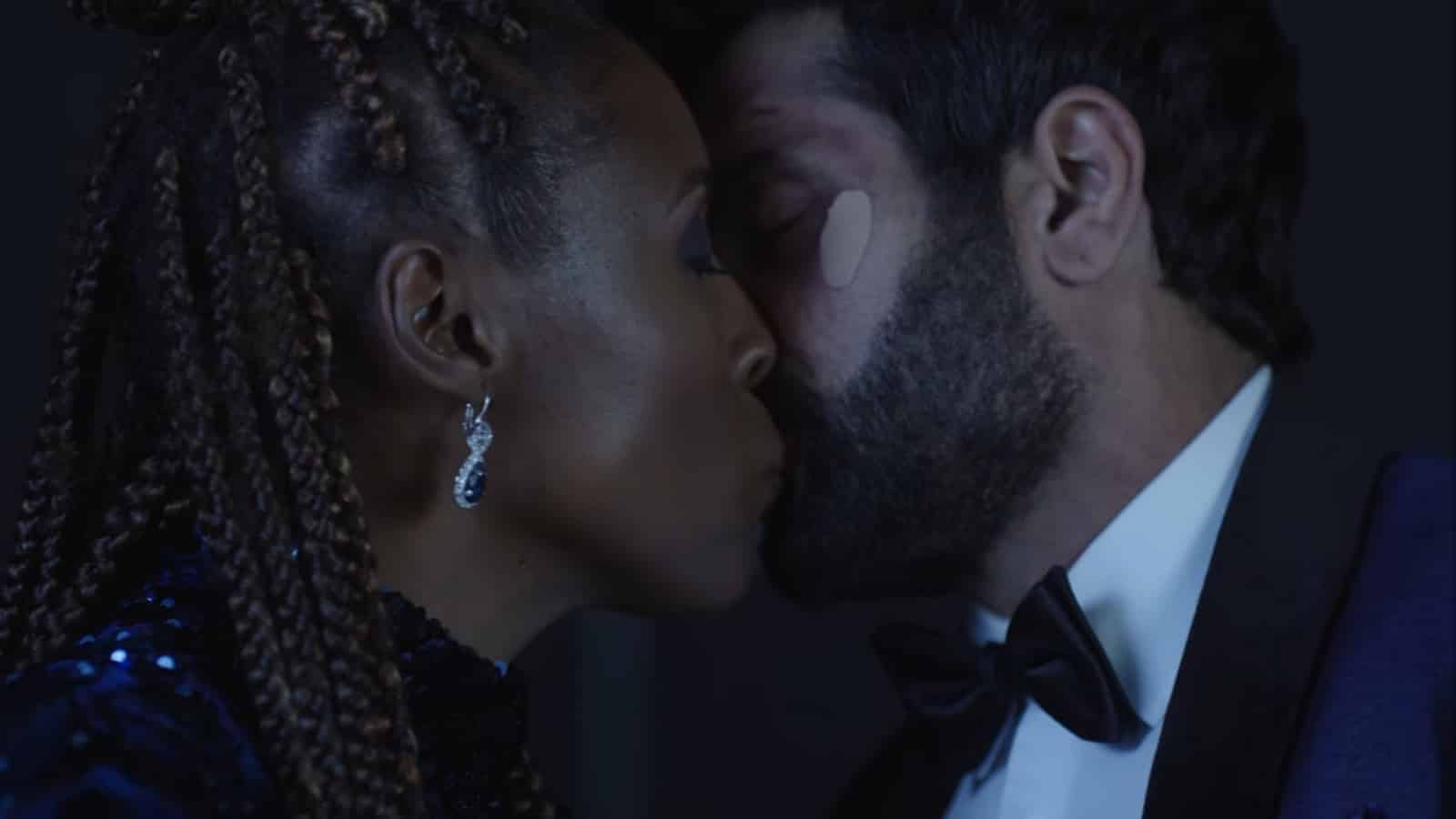 The person who caused Jibrani and Leilani to get in so much trouble? Well, it turns out he is a legit cop, but a crooked one. For on top of tipping off the members of Sacrarium, which includes congresspeople, he was also blackmailing them with the bicyclist he murdered. Who, by the way, was only killed because he got greedy.

Now, as for Leilani and Jibran? Well, despite running from the cops, we’re told they weren’t suspects at all. But with Mustache, as he is called, being assigned to get them home, he tries to murder them. Luckily, after two previous missteps, a countdown to 3 leads to Jibran and Leilani being in sync, and they are able to subdue Mustache and live.

Now, as for the members of Sacrarium? They live to avoid the police once more.

Considering the movie ends with Jobran and Leilani back together, and they’ve been together 4 years, a sequel featuring a marriage isn’t out of bounds. Also, taking note they did see Brett and Edie’s face, two powerful people, with Brett being in congress, there remains two people with reasons to come after Jibran and Leilani.

As much as we like Rae and think Nanjiani made the perfect partner for her, neither bring the funny this movie needed.