Wherever I Look
Recaps, Reviews, and So Much More
Home Movies The Door Into Summer (2021) – Review/ Summary (with Spoilers)
Movies

In this 2 hour sci-fi, time-traveling film, we’re given a beautiful brother/sister relationship based on them only having each other after a series of losses.

A good part of Soichiro’s life could be seen as tragic. Before he reached full adulthood, he lost both of his parents, and then the people who adopted him died as well. Luckily, he did bond with his adopted parent’s daughter, Riko, to the point of him seeing her as a little sister.

However, while he was able to protect her and nurture her, unfortunately, she couldn’t do the same for him. Thus leading to Soichiro, a talented inventor in his adult years, finding himself manipulated and put into a predicament that makes it so he needs to undo his past. Otherwise, he may not have a future, or Riko either. 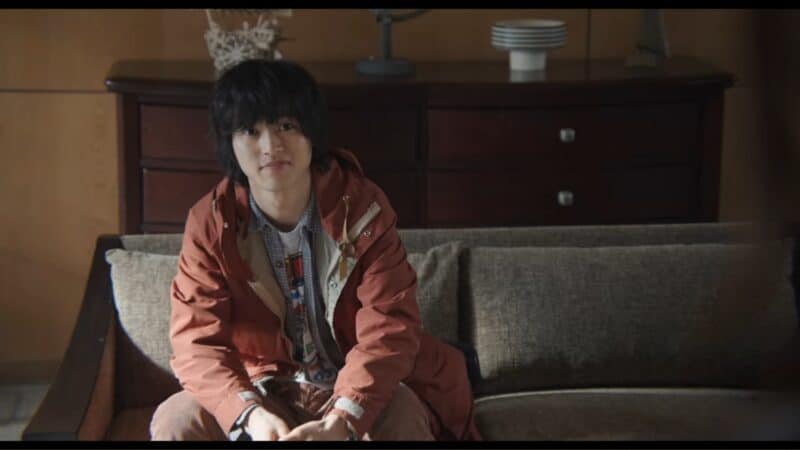 When you first meet Soichiro, he is a bit of an Eeyore. Due to his mom dying at childbirth and his father dying before he turned 18, he believes that bad things simply happen to him, and you’re led to believe this is true as his adoptive parents die too. But, between his biological father and adoptive father, he is given the skills and gift of robotics, and at the start of the movie, he is creating a newsworthy robot that draws national attention and nefarious characters.

When Soichiro came into Riko’s life, she was just a child, and while you’d think she wouldn’t like having to share her parents with someone, she came to like and love Soichiro, maybe even develop romantic feelings for him. But their bond isn’t just due to him assuming the role of big brother, but also, like him and her father, she has an interest in robotics that brings them together. Named after Soichiro’s pet that he found after his dad died, PETE is an android who assists Soichrio throughout his 5-day journey to fix the past.

A madman to many, who believes he has figured out a way to execute time travel, Soichiro needs this man to be right, for there are no other options to save Riko, and himself, if Professor Toi is wrong.

For Most Of The Movie, You Are Enjoying The Mystery Unravel

Because of the people who betray Soichiro, and put him into a cryro sleep for 30 years, we’re introduced to PETE, a very strange android, who leads us to question what has and hasn’t happened during the years Soichiro was forced into hibernation. Never mind, why is he, PETE, so persistent on joining Soichiro’s journey to find Riko and figure out what happened since 1995? And while the mystery isn’t at the level where you need to take note of everything said and pause to examine things in the background, it is fun watching Soichiro go from 1995 to 2025 and having this android help him adjust to the future.

I’d even say, as you come to question the personalities we meet and some of the things PETE says, it makes you forget you’re watching something almost two hours long.

Riko and Soichiro’s Relationship Is Cute To add to why we’re not going to note the time length as a negative thing, the first half of the movie uses Riko and Soichiro’s relationship to get you fully invested. After Soichiro’s parents died, he was adopted by Riko’s, and it seems he grew close to Riko’s father and helped him create what becomes known as A-1, PETE’s predecessor. Riko’s dad died, and with Soichiro continuing his research, a part of him lived on, and on top of being close to her dad, he didn’t just inherit Riko through the adoption but really developed a relationship with her. One that helped her deal with losing her parents tragically, and she even got inspired to learn about robotics through him.

Their sibling relationship, which seemingly Riko would want to evolve into something romantic, is not just adorable but a driving force that helps make the second half begin with a bit of urgency.

Once You Know What’s Going On And What Happened, The Film Loses Steam

When the movie moves to 2025, we’re presented with the need to question what’s going on? Especially as Soichiro is tricked into meeting up with someone he sure as hell wouldn’t want to see. But, the benefit to viewers of him meeting up with this person is them presenting the idea that something terrible happened to Riko. However, for some reason, the movie doesn’t allow you to hold onto your fear for Riko for too long. Granted, the film’s tone doesn’t present the idea Soichiro needs to rush and worry, but it does become clear that all your reasons to worry are moot. Which cuts into your investment a little bit.

You Only Get Part Of The Story 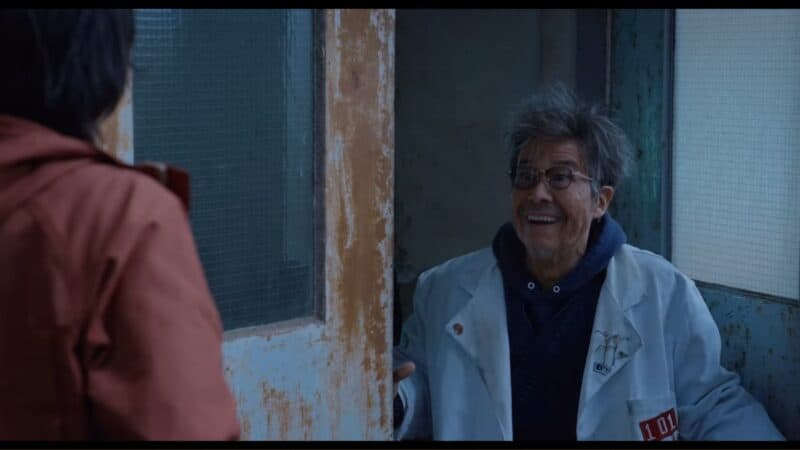 What may also cause a problem is that you don’t get the whole story. What we see, per Professor Toi, is a repeat, a loop, and how this loop started isn’t gone into. Which is a bit disappointing, for, by the time you learn this, the movie is already at a bit of a decline. So once this information is dropped, it makes it so, while you are towards the end, you realize the film peaked just after Soichiro wakes up in 2025 and meets that person from his past. So you’ve been waiting for something to live up to that for almost a half-hour or more.

I’ll give it to this movie. It was two hours long, and even with watching from home, I didn’t pause too often, go off and watch and do other things, and even though the second half was weaker than the first, I was still locked in. Why? Well, Kento Yamazaki just has that charisma and star power to keep you with him, even as his character’s storyline is in a clear decline. Add in how his character’s relationship with Riko is written and portrayed, and PETE keeping things from getting too predictable or dull, and you get a decent way to spend two hours.

The Door Into Summer (2021) – Review/ Summary (with Spoilers)
Who Is This For?
Those who love when a brother/ sister relationship is the core drive for a young man to go to great extents to save the female lead.
Highlights
For Most Of The Movie, You Are Enjoying The Mystery Unravel
Riko and Soichiro's Relationship Is Cute
Disputable
Once You Know What's Going On And What Happened, The Film Loses Steam
You Only Get Part Of The Story
80

Somewhat entertaining, though the book by Heinlein was much better. Confusing and somewhat disjointed. A puzzling part that is part and parcel of all time-travel stories: Wouldn’t there end up being 2 Soichiros? The time-loop explanation seems weak.

One of the things I didn’t understand is, what happened to the Soichiro that Rin setup? Does that one have to fulfill the loop, get revenge on Rin, and then they get to live their life in 2025?