Wherever I Look
Recaps, Reviews, and So Much More
Home Movies Summer Night (2019) – Summary, Review (with Spoilers)
Movies

While Summer Night may feel like it has one too many relationships going on sometimes, you’ll find yourself invested in the happiness of nearly every character.

It’s kind of a big day. Three local bands are playing and in the film’s small-town are playing, and it stirs up a lot of emotions. For Andy, it is a reminder of how single he is as he watches his little brother, Jameson go on a date with this girl Harmony, and settle things with his old friend Corin. Also, he monitors Jack, also known as Rabbit, as he deals with his feelings over a girl named Lexi, who he has liked a long time.

But that’s not all! We got Seth and Mel, who are having issues since she is a grad student, he a musician, and there is the question of how serious can their relationship be? Alongside them is Taylor, who might be falling for this local girl, Dana, who is a few years younger than him, all the while Vanessa is trying to wiggle her way back into his life.

Together, and apart, the characters try to figure out if what they have may just be sourced in what’s comfortable, rooted in loneliness, or if maybe there is something long term there. For with ideas of moving from their small town and venturing to somewhere bigger, possibly by the end of the summer, perhaps in the months beyond, everyone has a decision to make. Which, from what we see, no one is seemingly that decisive.

You gotta convince everybody how great you are just to believe it yourself.
— Ricky

Despite A Large Cast, You Get Invested In The Majority Of Them

Summer Night is the type of film which isn’t so much about you getting to know a character’s past, or their place in the community, as much as ponder what their future can be? And with so many characters, and no one seeming like the main character, usually that leads to a “Too many cooks in the kitchen” issue. However, somehow, most of the characters you grow attached to in some way.

Not just characters we constantly see throughout the movie either, like Jameson or Taylor. Also, Harmony and Lexi, be it because of their actresses, who how they are written, make you want to know what’s next. What are their dreams, who will they end up with, and will there be an epilogue to let us know if these dreams come true? Heck, even for those like Luke, who is probably one of the least seen characters, he leaves a mark on you and makes you want the camera to follow his life more. Thus giving you so many characters who all seem like they could star in their own story.

Luke & The Future Of Fatherhood 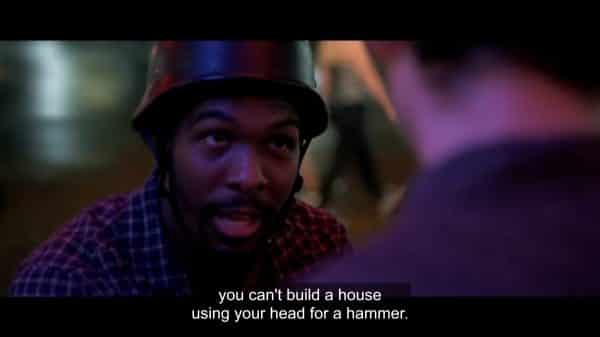 One of the things I appreciate about Luke, with him being one of the few older characters, is that, unlike Andy, he doesn’t make getting older seem like it will suck. He has a kid, a committed partner, and yet doesn’t seem miserable. Yeah, the kid keeps him up, and things aren’t all rainbows and money raining all over the place, but he seems happy. Which, considering some like Seth don’t know what it is to have a dad who isn’t an ass, having an example of someone who loves fatherhood, being in a long term relationship, and is still going out on occasion is necessary. Add in Luke being Black, and it makes things all the more better.

The Relationships, Whether They End Up Together Or Just Friends

Nearly every relationship we are introduced to has some sort of complication. Jameson and Harmony have the issue of Corin, and whether Corin and Jameson are really done or is Harmony 2nd prize? Jack is dealing with Lexi having sex with someone that wasn’t him, Mel is pregnant, and Dana is younger than Taylor, and there seems to be some unresolved issues with Vanessa. All of this, thankfully, doesn’t lead to huge blow ups, but it does put people in situations where they have to have real conversations. Some of which lead to things smoothing out and everyone’s happy. For others, they are forced to move on, and while you can see it hurts, you’re happy that they got closure. 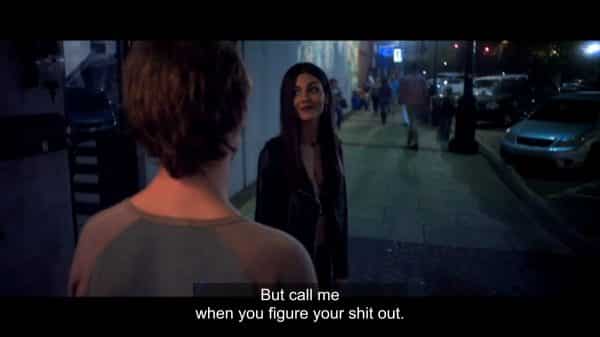 But, I do feel the need to highlight Harmony real quick. One of the things you have to like about her, how she is written and played, is that she is shown as more than a love interest. Unlike most of the women, maybe the men as well, you see a full-fledged person. She lives with her sister, helps take care of her niece, works in retail, wants to move to a major city, and has had a string of bad boyfriends. Yet, Jameson is nice.

However, when she senses there is something between Corin and him, you don’t see a situation like Vanessa, where there is a lot of pettiness, or Dana, who just ignores an awkward situation. She talks to Jameson and sees what is happening, talks to Corin out of respect, and when Jameson seems iffy about being with her, she makes a decision. One which leaves the door open but makes it clear Jameson needs to see what he wants before coming into her life. For she knows her worth, peeps the possible BS, and wants Jameson to be either all in or leave her alone.

Well, at least everyone but Vanessa. Her situation isn’t really developed. Clearly, she has a thing for Taylor but whether they were intimate at one time or she just has a long-standing crush is anyone’s guess. Also, Taylor curves her so much that they don’t talk and with Vanessa not saying anything to Lexi or Mel, her friends, we’re completely left in the dark about what’s going on there.

These two are out of place in this movie. With Andy, yeah he is the big brother, one of the few people clearly over 30, yet it isn’t clear if he is supposed to be a warning to the rest of the cast or not. As in, if all you do is mess around, settle, and don’t pursue your dreams, you’ll turn out like Andy. Then with Caleb, again, with him having no love interest, like the majority of the cast, just being one of Seth’s friends, there is the need to question what is going on? Is he, like Luke, just there for the sake of diversity? Hence him being seen but, unlike Luke, not having much to remember him by? I mean, what was the point of his character?

Everything Is Surface Level With The Characters

Nearly everything known about these characters can be summed up in one to two sentences. Jameson is a local teacher whose brother is Andy. Seth comes from a long line of d**khead men and is dating Mel. Mel is a grad student, major unknown, who lives with Lexi. Pretty much little snippets like that summarize nearly every character and makes it feel like you don’t really get to know their past, their hopes, their dreams, and barely even their present state.

Which is a side effect of an ensemble cast, yet it seems like the flip side of the praise of liking so many characters. For with you barely getting to know any intimately, it does present some minor frustration. Especially for the women since the majority of them don’t exceed beyond being love interest. That is, compared to the men, like Seth or Jack, who may talk to Andy or Luke about their problems throughout the movie. If not Jameson. Meanwhile, the ladies may focus on Mel’s pregnancy, how Lexi will talk to Jack a little bit but, outside of that, they are just along for the ride.

Summer Night presents us with a wonderful slew of characters you want to engage with, but unfortunately, most aren’t given the time so you can go beyond the surface. Making you wish this was a mini-series focused on the characters summer or the film covered more than one day and night. Yet, what you may wish and what is are two different things. And what Summer Night is, to us, is something worth seeing.

Now, I will admit it barely qualifies, but the attachment you get for most of the characters is what puts it over the edge. Making it so you can disregard Vanessa being underdeveloped and not sure of Andy and Caleb’s purpose. For with the way the relationships are handled, especially in the Harmony example, the film leaves you feeling good. Maybe encouraged to have an awkward conversation yourself dealing with either continuing what you have, trying to start something, or putting an end to the dance. 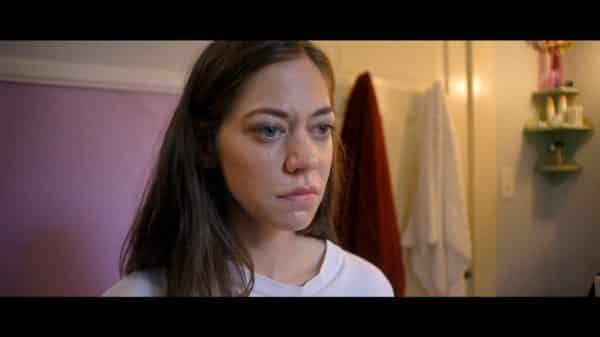 So, in the end, Mel and Seth make up after him not being as serious about the pregnancy as Mel wanted him to be. We also get a happy ending out of Lexi and Jack, though Jack doesn’t lose his virginity like he wants. As for Jameson? He realizes Corin and him will probably always go in circles so he says, we don’t see, he will pursue Harmony.

Outside of them, Taylor and Dana seemingly will go strong, Andy will travel and try to find himself and Caleb? Well, like Vanessa, Caleb’s future is unclear beyond them being in some kind of limbo.

The mix of happy endings, a sense of closure, and optimism is why we enjoyed this movie. And while it sucks Vanessa’s situation was made unclear, much less Andy and Caleb were sometimes just around, someone is bound to get lost in such a large cast right? Heck, the fact Harmony got to stand out was a surprise since her role was so minor that it makes you wonder why is Victoria Justice front and center on the movie poster? Unless it was solely because she, one could argue, has a higher profile than most of the others – except Lana Condor.

Considering this film only covers an afternoon through the next morning? Yeah. However, I feel like the likelihood of a sequel is incredibly low. So as much as seeing Harmony and Jameson becoming a thing would be cool, Seth and Mel raising a kid, and things of that nature? I’m not holding my breath.

Despite A Large Cast, You Get Invested In The Majority Of Them - 89%

The Relationships, Whether They End Up Together Or Just Friends - 87%

Everything Is Surface Level With The Characters - 74%