Wherever I Look
Recaps, Reviews, and So Much More
Home Movies Saving Zoe (2019) – Summary, Review (with Spoilers)
Movies

Saving Zoe is an emotionally stirring drama which goes beyond finding closure but reconciling with someone you allowed to be distant.

While freshman year for Echo should be about new beginnings, seeing old friends, and prepping for adulthood, the recent death of her sister, Zoe, clouds everything. It makes people look at her strangely, has turned her mom into a ghost, and has given her dad more reasons to work late than be home longer than necessary. She isn’t alone, though. Marc, Zoe’s ex-boyfriend, is dealing with coming back to school, a senior at this point, haunted by his part in Zoe’s demise. Also, Zoe’s best friend since 8th grade, maybe beyond, Carley, is taking whatever methods she can to deal with Zoe’s death.

But what gets this movie started is Echo’s suspicions that Marc is far more involved than he admits. That, despite there being a trial and a killer found guilty, there is more to Zoe’s death than it appears. So, with this hunch driving her, Echo begins to investigate Zoe’s associates for the truth. 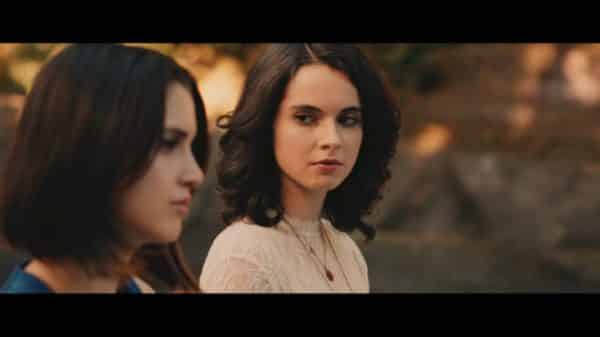 Despite all that Echo does when it comes to Zoe, it is made clear in family therapy, she wasn’t close to her sister and partly blames her Zoe for what happened. Which is harsh, callous even, yet it is made clear why she feels this way. For most of Echo’s life, even after Zoe died, she lived in a shadow. Heck, one prime example is the therapist comparing Echo to Zoe in terms of how easily Zoe made friends and wondering why Echo hasn’t done the same. So, her feelings towards Zoe are established wonderfully.

But what makes this movie is the deconstruction of that. Mind you, Zoe is never shown as mean or distant to Echo. It is just she is this popular big sister and Echo is the younger one. Which makes her discovery, or rather stealing, Zoe’s diary and getting to have a piece of her sister very few have seen strangely emotional. Especially as she uncovers the events, or reads what Zoe alludes led to the events, that caused her demise. And when Echo finds some form of peace with not just her sister’s death but her sister, it hits hard. Possibly in a way you weren’t expecting since it isn’t like this movie is filled with heart-wrenching moments. So the tears might sneak up on you.

Zoe and Marc Were Cute

Props to whoever cast Marc to play off V. Marano as they made a credible and cute couple. One which you could easily see without the murder plot. Heck, you may wish that there wasn’t one just so you could see them grow together and learn, once high school ended, would that be the end of them or just a new beginning. That’s how invested you get in these two. 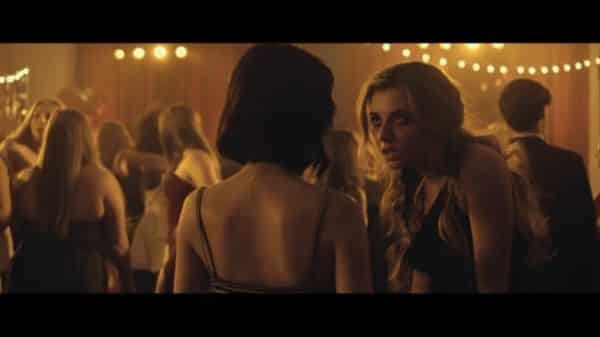 There is a certain amount of fear and anxiety which can come from meeting new people, even if they are friends of a friend. This film takes that to the next level and, dancing around the spoilers, it leaves a certain fear for viewers to deal with. Especially in regards to drinking at parties, going over the house of people you don’t know, without there being a whole lot of witnesses, and the many issues the internet brings. Especially in terms of revenge porn and things of that nature. Which, when it comes to women, is devastating in ways that can’t be calculated in a fine or jail time without seeming undervalued.

Wasn’t Much Done With The Parents

While you get Zoe and Echo’s parents are in mourning, dealing with their grief in different ways, they don’t add much. Now, on the one hand, what could they really say? They got the same version of Zoe that Echo and so many others did. Making it where they couldn’t give a unique take. All they could do is rehash the praise we hear throughout the film. Yet, it’s hard not to wish, considering Zoe wasn’t an angel, they didn’t show them having a fight or something to really hit the guilt home.

Not to imply losing a child, especially when they are nearly an adult, doesn’t hurt enough, but this is a movie. Heightening the drama just a tad wouldn’t hurt.

Abby Served A Purpose, But Also Was Lowkey Annoying

Abby is Echo’s friend and someone who seems slightly out of place in the movie. This is due to her obsession with one boy and that being one of the main, if only, things she talks about. Now, said boy she crushes on does have a friend who helps Echo out in the end but, outside of that, Abby seems like she belongs on a Disney Channel show.

While Saving Zoe isn’t an awards contender, it makes for a great road post in the careers of the Marano sisters as to what they are capable of and what they deserve to be sent. As Zoe, V. Marano plays both the lovable girl and the kind of victim who isn’t purely written for sympathy but forces you to acknowledge her tragedy. One which isn’t exclusive to her. Then with Echo, L. Marano brings about a beautiful arc, thanks to the writing of Adams & Adams, that you may just watch without much reaction, at first, but then as she comes to terms with everything, a swell of emotion hits you and makes you get teary-eyed.

Hence why this is labeled positive. The performances of this film act like a sleeper cell against your emotions, and while you may find yourself distracted by Zoe and Marc’s relationship, those involved with Zoe’s demise, and things like that, there is this beautiful underlying story about a sister seeking the truth. A truth which, at first, seemed to be about taking down Marc, maybe making her sister a bit less lovable, but ultimately revealed that while Zoe made mistakes, she in no way deserved what happened. Also, because of what happened, Echo now and forever won’t have someone who could have been what her parents, and Abby, have shown themselves incapable of being. So now all she has is this empty room, an unfinished journal, and tons of “What Ifs?” to deal with the rest of her life. 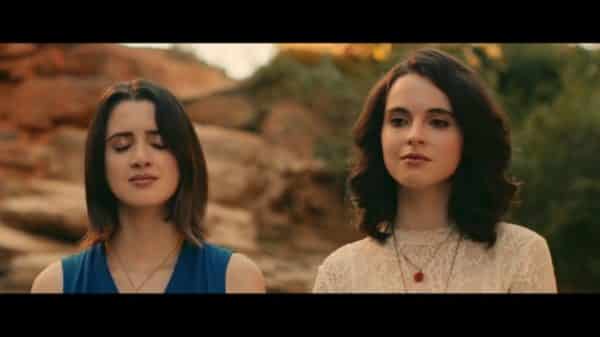 Here is what happened: Zoe has no love for the town she is in but she is cute, outgoing, so modeling and acting seem like a good way to make money and make it in NY or LA. Problem is, it is a competitive market. So, with Carley, they take some pictures, put it on some website and while they are popular, it isn’t the attention they necessarily want.

This is all found out by Echo stealing Zoe’s diary from Marc’s car, who had it since the diary was collateral for using his car, the one she was found dead in, to meet the photographer. As for the rest? Between remembering Zoe’s warning about Jason, Carley, while drunk and/or high mentioning a video, and Zoe’s diary making it seem like she was raped, Echo put it all together.

In many ways, Saving Zoe feels like a warning on multiple fronts. The first being a warning against drinking with strangers, even if your friend is there. Also, being aware of the signs. When Marc was talking to Zoe before she took his car, she was dropping major red flags. The kind which should have alerted Marc something funny was going down, and he should have insisted on coming with her.

But, that’s the past so what can you do?

No. What else is there to flesh out? I mean, could they make a mini-series of Echo’s life trying to deal with all that happened and move forward? Maybe. However, that would be unnecessary. Also, I can’t say Echo’s life, beyond Zoe’s part in it, was made to seem worth developing. As noted, her parents are either absent or a zombie, Abby is annoying as all hell, and while seeing her date Parker could fill up some time, I wouldn’t say that could fill 6+ episodes. Hell, I had to look up the boy’s name in my notes just to remember what it was.

Abby Served A Purpose, But Also Was Lowkey Annoying - 74%