Wherever I Look
Recaps, Reviews, and So Much More
Home Movies Spiderman: Far From Home – Summary, Review (with Spoilers)
Movies

Spiderman: Far From Home feels like a shakeup to the MCU formula for its individual movies, and creates an awesome transition film for the next MCU phase.

After a rather crazy year readjusting to being physically gone for 5 years, all Peter wants to do is be a 16-year old who, with the rest of his science club pupils, go on a European trip. The problem with that is, elemental beings have popped up across the planet, and with Nick Fury still getting reacclimated, his network is non-existent, and he is out of the loop. Add in the reins of everything weren’t handed over from Natasha, or the absent Falcon, back to Fury, and of course, he is a bit bewildered.

And yet, with Captain America old and on the verge of death, Dr. Strange unavailable, Thor off-world and Fury having no desire to contact Captain Marvel, for some reason Spiderman is on his own. No word on Falcon or War Machine by the way. Their names aren’t mentioned so a 16-year-old, given Tony’s multi-billion-dollar weapon and surveillance system, is one of the few who can save the world. Well, with the assistance of Happy, Nick, Maria Hill, and a man Peter names Mysterio.

All of which means Peter likely won’t do what he really wanted to that summer. That is, confess his feelings to MJ, maybe kiss her, and do so before this kid who wasn’t blipped away makes a move on her. Which is already in progress.

While It Maintains Some Of The Superhero Formula, There Are Quality Twists To Mix Things Up

Long gone are the years when superhero films didn’t follow some kind of formula akin to bad guy introduced and winning the first battle, but the hero winning the war. However, while Spiderman: Far From Home follows the usual formula, there are multiple twists on the way there that you may appreciate as a fan. For whether it is the concept of multiverses, a reminder that not everyone was fond memories of Tony Stark, or it being made clear that as much as he has done in life, Peter Parker remains a 16-year-old kid, it shakes things up quite a bit. 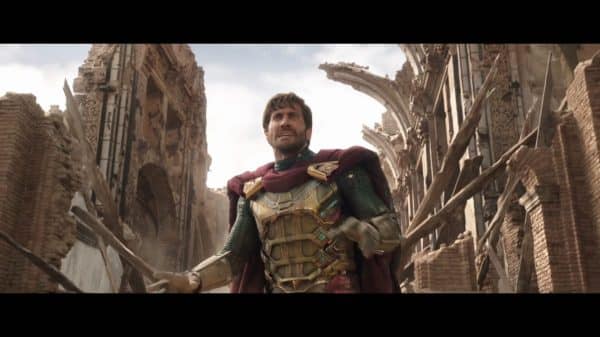 Perhaps the best part of the shakeup comes from Peter’s naivete and faith being tested a bit. For under the guidance of Tony, Peter never had to question people’s motives, whether they were people he just met or have known for a while. In this film, we are shown that on top of losing a father figure, which we’ve seen multiple times in the MCU, be it in Thor or in Guardians of the Galaxy, Peter also lost the one person who protected him and shielded him from the politics and BS which came from being a superhero.

So, with Stark gone, and Peter forced to grow up before he is ready, you don’t necessarily get heartbreaking moments, but you are reminded why Spiderman is essential not just to the Avengers but the MCU. Not only because he is a fresh face and iconic character, but while most, outside of Hawkeye, don’t have much of a life outside of being a hero, Peter is trying to. After all, unlike nearly everyone else, Peter didn’t train to be a soldier, wasn’t raised to be a king, and him becoming a hero was purely happenstance. I mean, he wasn’t even a hero outside of video games he played before all this.

Thus making his journey strangely more emotional than anything which has happened in one of the non-team up films. Including when people lost their family or kingdoms. For there is a part of you which knows they likely expected that. With Peter, while he has experienced loss, I wouldn’t say he has been truly broken like the rest and made jaded or weary.

The Sequels It Sets Up

From the return of a Sam Raimi character, whose voice is iconic, to multiple reveals which were completely unexpected, it isn’t clear when Spiderman may return, but it will be in no way in the same form we know now. Which, depending on how you look at it, could be just the evolution of superheroes in a post-Civil War and Tony Stark world. Yet, taking note of the final events of the film, if not the entire movie, it leads you to wonder what will people be willing to do to gain a sense of notoriety, control their narrative, and attempt to become heroes? Especially considering Tony Stark set the precedent that all you need is either money or gadgets to become a hero. And, even then, being a hero is more about how you craft your narrative than what you do.

Though I do appreciate the villain playing on Peter’s naivete, when you look beyond that, you may notice this villain doesn’t build off or maintain the expectation Adrian Toomes, aka Vulture, set. For, unlike Toomes, the villain’s motive is very weak. Also, there is the issue that, like Toomes, the villain exists because of the actions of Tony Stark. Setting a precedent which coerces you to question if each of Spiderman’s villains will either be someone who used to work for Tony Stark or whose life was ruined by him?

But perhaps the biggest issue with the villain is that they don’t play into their hate for Tony past something which feels almost juvenile. With Toomes, his hate is because he lost his job, which led to family issues, and Stark using his power and influence crushed him. Toomes basically gave you a blue-collar issue of big corporations pushing out the little guy so it made it where you could see his point of view. Far From Home’s villain doesn’t give you that.

If anything, they seem whiny, entitled, and completely bypass the opportunity to remind everyone that Tony Stark was flawed in ways which shouldn’t make him universally seen as a hero. For some, he is the man who stole ideas and branded them his own. Tony was someone who tossed people aside, was a ruthless businessman, and likely took the side of government oversight, in Civil War, more for the sake of future government contracts than anything else.

All of this could have been said and pushed to make Peter question the man who he has made into an untouchable figure. Yet, instead, we get a really basic villain. One who, again, does play notable mind games with Peter, with technology, and alters his future trajectory in a major way, but ultimately feels as disposable as most of the MCU’s villains.

While teen romance is a lucrative market, in the MCU, love interests aren’t valued story elements. Well, outside of threatening that person’s life to heighten drama. So, as you can imagine, whether we are talking about Ned getting a girlfriend or the “Will they or won’t they” when it comes to Peter and MJ, this isn’t a strong element of the film. Especially considering MJ seems like a mix of Daria, Aubrey Plaza, and a slightly annoying Social Justice Warrior. 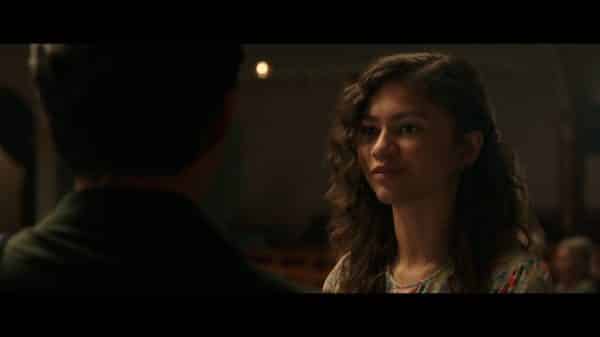 Yet, I won’t say the journey is all bad. Especially considering one of the best things about MJ’s inclusion is it reminds you that, ultimately, Peter has mixed feelings about being a superhero. Does he want to help save the world? Of course. However, he doesn’t want it to be his sole responsibility or be the one making the major decisions. So what MJ brings in her existence is the reminder of what could be lost if Peter gave himself over to The Avengers, as well as Nick Fury, and became just another soldier on their roster.

Making it so, MJ, and perhaps Ned and Aunt May to a point, empower Peter to push back against what Fury, or anyone else, wants. Even though, in the future, it seems he will have less of a choice than ever.

Unfortunately, Spiderman rarely, if ever, is fighting a person. So that means the majority of the fights are CGI/VFX and while you have to admire the effects, as Marvel makes us do by having us see how many people worked on each movie, there isn’t anything exciting. Yes, there is a certain psychological element as Peter is forced into a hallucinating few scenes, but the majority of his battles are him fighting shadows or things which aren’t people. Thus creating fight scenes which make the latest X-Men film look good.

It’s Not As Funny As You’d May Expect

While MCU films aren’t billed as comedies, often than can be as funny, if not more, than straight up comedies. However, in Spiderman: Far From Home, you may come to realize how much Tony was the reason a lot of the entries were funny. So, even though there are awkward moments which could be seen as funny, especially as Peter tries to balance his secret identity and real life, you may not laugh as much as you are used to. 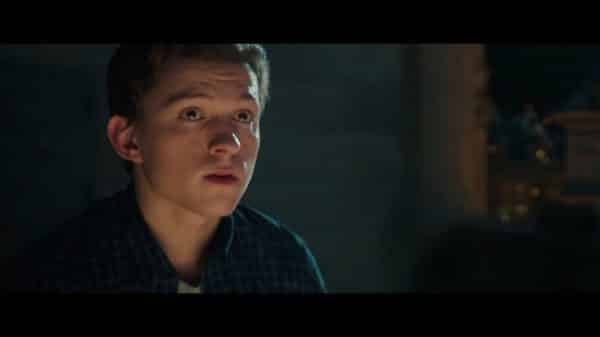 By the skin of its teeth, Spiderman: Far From Home is being rated Positive. Which I’d more so attribute to Peter Parker, and the conflict of having to be Spiderman, than Spiderman himself. Yet, isn’t that the best part of Spiderman? That, unlike the rest, his identity isn’t wholly rooted in being a hero? For unlike the others, he doesn’t want to sacrifice a normal life to put his in danger every few weeks or months? Not that he doesn’t want to contribute but, as seen in the film, if there is an opportunity to sit out a battle, especially if it gets in the way of his personal life, he is going to take that opportunity.

And it is in not seeking being a hero but doing what has to be done which makes this new Spiderman movie worth seeing.

While It Maintains Some Of The Superhero Formula, There Are Quality Twists To Mix Things Up - 85%