Netflix has released a new action movie, with people who can become superheroes! But, is it all big-budget visual effects or something more?

It’s 2019 in New Orleans and Power, a new drug that has hit the market, has begun causing havoc as it gives people powers from camouflage to bullet-resistant skin, and some can even light on fire. This, naturally, is troublesome for the New Orleans Police Department and why Officer Frank Shaver takes Power to even the playing field. For with it giving him skin that treats a bullet like a swift punch, it allows him to do his job with less fear and worry.

However, Project Power isn’t necessarily about Frank. More so, it is about Robin. She is a teenager who deals Power through her cousin Newt, and with a man named Arthur discovering her existence because of Newt, she finds herself dragged up the supply chain as Arthur seeks to find the people responsible for Power’s existence, as well as the taking of his daughter Tracy.

I got to work the system harder than its working me.
— Major (Arthur)

With no sign or mention of Robin’s father, you can see a unique bond between both Frank, who is like a big brother to Robin, and Arthur, who has a paternal vibe. Mind you, Robin and Arthur don’t start off this way, since he is trying to find his daughter and Robin dealing drugs, initially, makes him forego any sense she is a child.

However, as she learns of why he is doing what he does, and they grow close, you see a wonderful, almost loving relationship. Add in we also get some nice banter between Robin and the male figures in her life, and it allows Fishback to not just hold her own but shine.

What Power Project boils down to is a father rescuing his daughter and a cop trying to protect a young Black girl. Which, for us, brings a warm and fuzzy feeling. Then, to add onto that, while Tracy is allowed to be a damsel in distress, Robin is allowed to be strong, eventually treated as a child universally, yet still allowed to be seen as strong and capable.

The complexities here allow for much larger conversations, including Gardner (who I don’t think had her name said once in the movie) speaking about how Tracy, Arthur’s daughter, could be the next Henrietta Lacks. With that in mind, you can see the film touching upon how unprotected Black women are, and it makes you want to dive deeper into how so many medical advancements have been developed due to either the trauma of Black women, in terms of gynecology, or what the stealing of Henrietta Lacks DNA did for many – without her or her family getting the benefits they should.

Which is all to say, Arthur trying to keep his daughter from being poked, prodded, blood drawn, and experimented on gives you an almost Django Unchained vibe. Mainly due to Foxx going up against a system which he should have no chance against yet facing the challenge with a willingness to die just so he can say, with all his heart, he didn’t just try, he dedicated his life.

We’re not necessarily into rap beyond what enters the mainstream, yet we do respect someone who has a good flow. So between Fishback’s flow and actual rapper CHIKA, who plays Robin’s classmate, and wrote her rhymes, you may find yourself nodding your head a bit. Maybe even tempted to check out CHIKA’s YouTube Page (Click Here).

With reading the thoughts behinds the film was to root the powers in what are seen in other animals and seeing it in action, in the film, you don’t just appreciate how rooted in some form of reality the film is, but how you can imagine what is in the movie actually happening.

But what we really appreciate is how none of the powers are perfect. Frank may get bullet resistant, perhaps proof, skin, but that doesn’t mean the impact doesn’t still leave him bruised. Newt can light himself on fire, but while his body can somewhat regulate itself, the skin still burns. Showing that Power truly is experimental and its use has consequences – such as some exploding as soon as the pill hits your stomach.

The Villains and Teleios Were Underdeveloped

I probably learned more about the villains of this movie in the press notes than I did the entire film. For whether it was not hearing Gardner’s name at all, or learning anything beyond her being the big boss, that was disappointing. Never mind, when it comes to Biggie, who we pictured to be her right hand, he disappointed.

Add in Teleios’ history being absent, and how they might have been working with the government, among others, to keep things hush, and it makes you feel the writers focused more on the powers and the high profile actors than the villains which gave them something to fight and do.r

While Project Power has an underwhelming villain, the strength of Fishback’s role, with Foxx and Gordon-Levitt by her side make this not just an entertaining film to watch but one you can see become a trilogy. 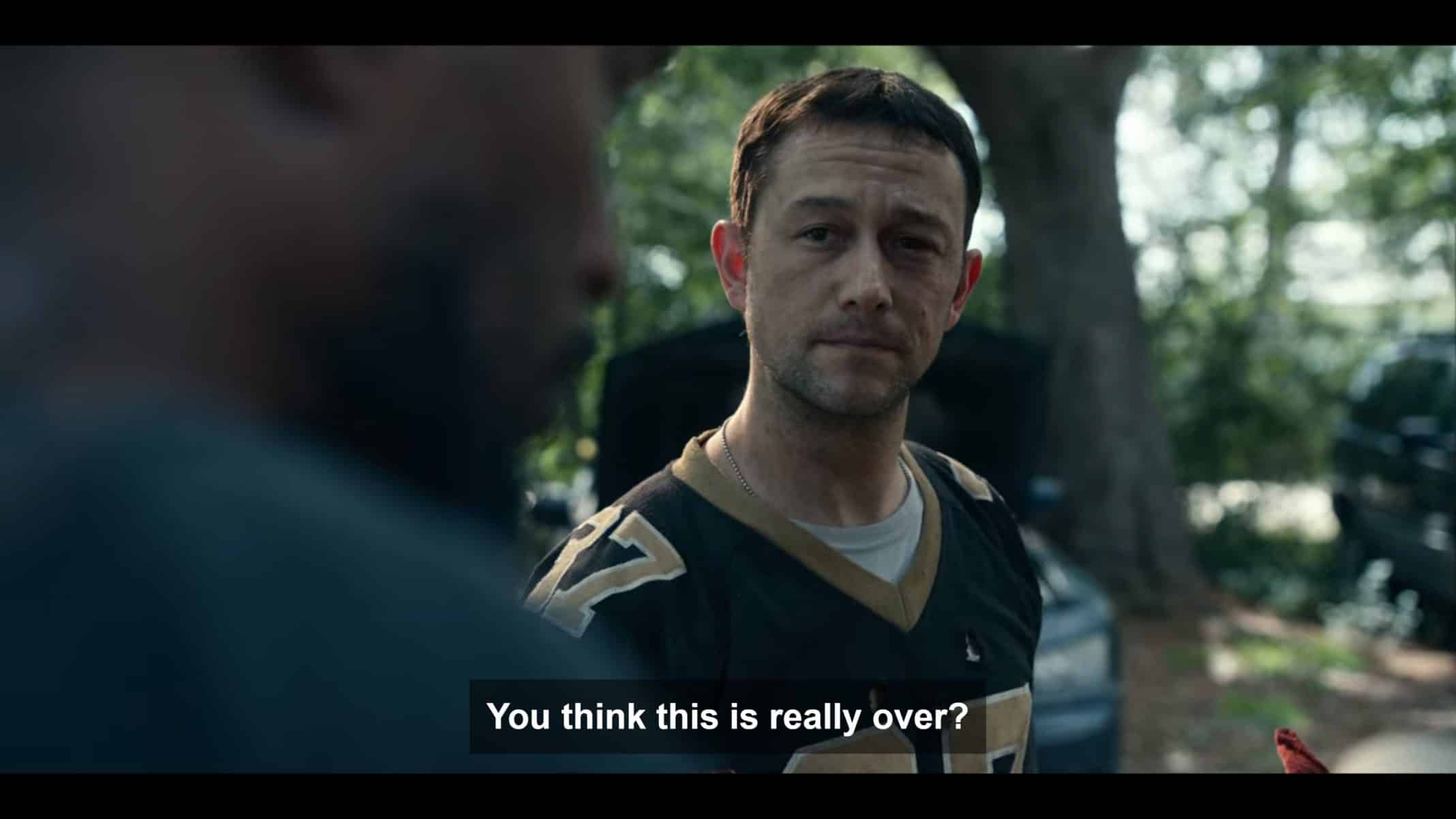 When in the military, Arthur was one of the first to experience the effects of the Power pill, and it led to him learning, similar to the Pistol Shrimp, he can send a deadly burst from his person, which would kill all those in his vicinity. Now, this is important, for while the Power pill gives its user only 5 minutes of power, it seems Arthur’s DNA gave his daughter permanent powers.

Because of that, and her being discovered, Gardner and Teleios hunted them down, kidnapped her, and were doing experiments on her. Hence Arthur, aka Major, hunting down Newt, finding Robin, and likely Captain Craine, Frank’s boss, puts Frank on the case to get Arthur on Gardner’s behalf.

However, it should be noted how much Captain Craine knows isn’t gone into detail. Never mind, from what we understand, Teleios is assumed to be the government rather than is a government entity. Which doesn’t mean they aren’t a contractor of some kind, but it does lead you to wonder how did they exert so much authority right under Caine’s nose? Unless they didn’t work for the government, but the government did monitor their work and activities?

Either way, despite the army of individuals Teleios had, Arthur took Gardner and Biggie down. What he, Frank, Tracy, and Robin didn’t do was destroy the over 100,000 pills that were manufactured. Never mind, considering Biggie noted there were tests done in other cities, there is no telling how many more places have Power distribution and sales centers.

Which sets up the sequel for while Arthur says he is tapping out, Frank plans to continue and even make a journalist’s career and exposed what went down. An act that could open up a whole new set of heroes and villains.

The Villains and Teleios Were Underdeveloped - 64%

While Project Power has an underwhelming villain, the strength of Fishback’s role, with Foxx and Gordon-Levitt by her side make this not just an entertaining film to watch but one you can see become a trilogy.