Utilizing its small cast, No Exit is an often intense film to watch, which leaves you to wonder who may make it out alive.

Darby, fresh off her 7th relapse, learns her mother is in the hospital and decides to break out of court-sanctioned rehab to be with her. Unfortunately, on her way to Salt Lake, a storm forces her to detour and leaves her stuck with Ed, Sandi, Lars, and Ash. One of which has a van outside that has a little girl named Jay in it, who clearly has been kidnapped. Darby spends the rest of the night trying to figure out a way to save the girl and handle her kidnapper.

At the start of No Exit, Darby is an addict, only 11 days clean, on her 7th trip to rehab, and has isolated herself from pretty much everyone she loves. Yet, despite how they feel about her, as soon as Darby hears her mother is in the hospital, she is on her way.

A former marine, on his way to have some fun gambling in Reno, he and his partner Sandi end up stuck with Darby, Lars, and Ash, waiting for the storm to blow over.

A former nurse and maid, Sandi might be friendly, but she lets Ed do most of the talking when it comes to any matter considered personal.

A bit of an odd one, Lars seems like your general weird social outcast who, due to lack of social niceties in his life, is generally offputting.

Approachable and fun, Ash seems like a cool guy stuck somewhere he doesn’t want to be, and just waiting like everyone else.

A young girl with rich parents, the kidnapper is thinking she might be worth millions of dollars if trafficked or sole back to her parents.

As soon as the kidnapper realizes Darby knows what they did, so begins the question of who is going to live through this ordeal. Heck, even in terms of Jay, the kid kidnapped, it isn’t clear if she will make it since she has a disorder in which the adrenaline from the situation can kill her. So when you combine that with Ed, a veteran, the creepy Lars, the unsuspecting Ash, and Sandi, who is the most secretive of the bunch? It makes every reveal, gunshot, lit match, and altercation seem like a character’s last as we learn what everyone is capable of. Be it in terms of holding secrets, their ability to dish out pain, or their pain threshold.

The Attempts To Humanize The Villains

It is made clear that Jay isn’t some sweet and innocent child towards the film’s end. This, seemingly, is meant to make one of the villains seem less like a terrible person for being involved with Jay’s kidnapping. On top of that, we’re also given this sob story dealing with money, abandonment, and perhaps even coercion to kidnap Jay.

All of this doesn’t take away from them kidnapping a child and being willing to sell her on the black market, where who knows what may happen to her. Especially since we got one scene of Jay being a little bastard compared to her nearly freezing to death, nearly dying from an adrenal overdose, and almost getting shot a handful of times. Alongside almost getting shot with a nail gun.

No Exit feels like a part of the “Into The Dark” series Hulu airs in terms of not presenting you the best story out there, but something good enough to remind yourself that Hulu has original content worth watching beyond a handful of shows. For with a decent thrill coming from wondering who may die, it makes up for the attempt to present the idea that because the child involved isn’t the perfect victim, maybe the villains aren’t so bad after all. 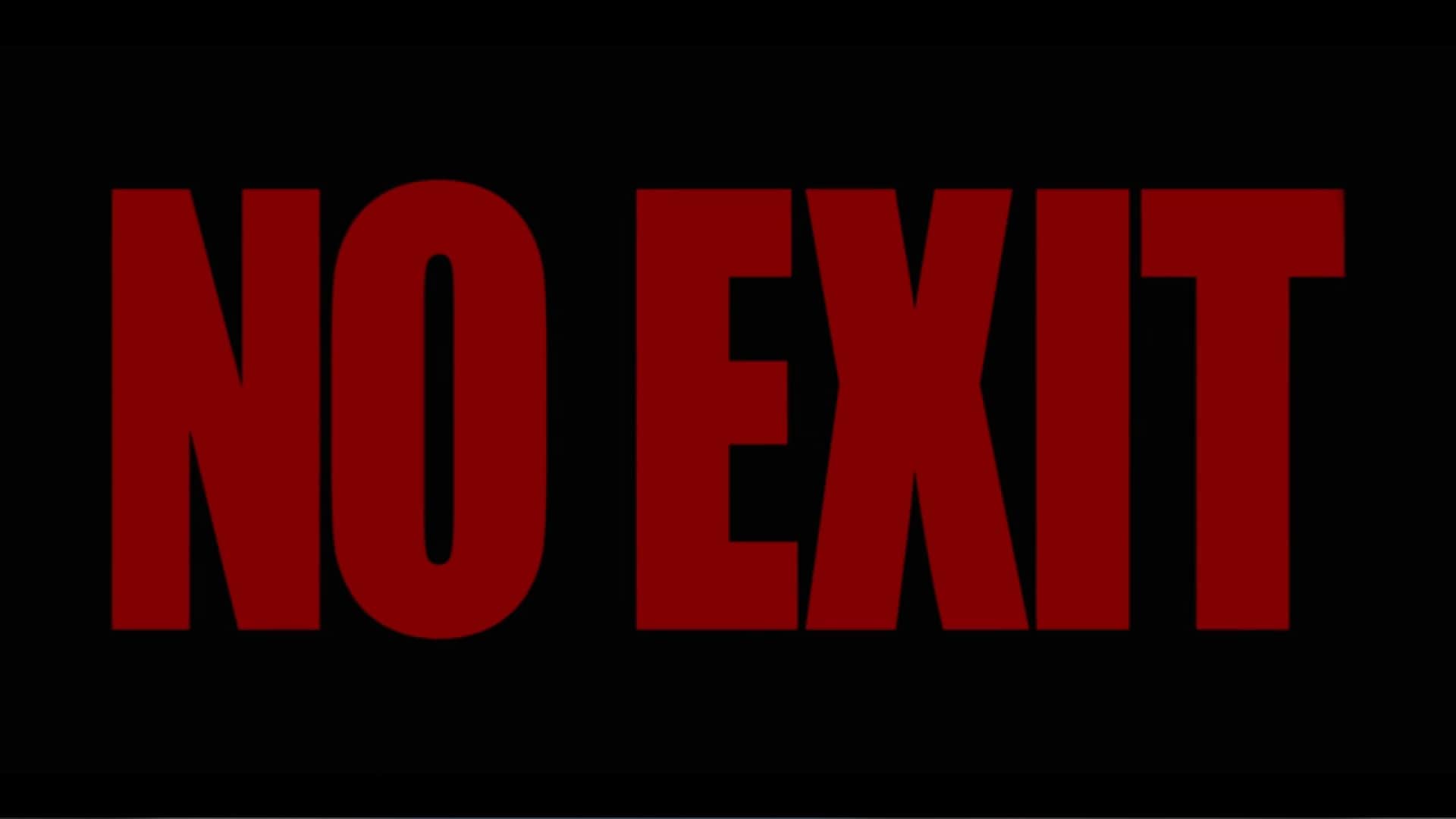 No Exit (2022) – Review/ Summary (with Spoilers)
Who Is This For?
People who enjoy thrillers with small casts and the kind of violence which leaves you guessing who might survive and who is a villain and who might end up the hero.
Highlights
You're Kept On Edge Enough To Question Who May Live and Who May Die
Disputable
The Attempts To Humanize The Villains
78
Follow Wherever I Look on Twitter and Instagram, Like us on Facebook, and Subscribe to the YouTube Channel.