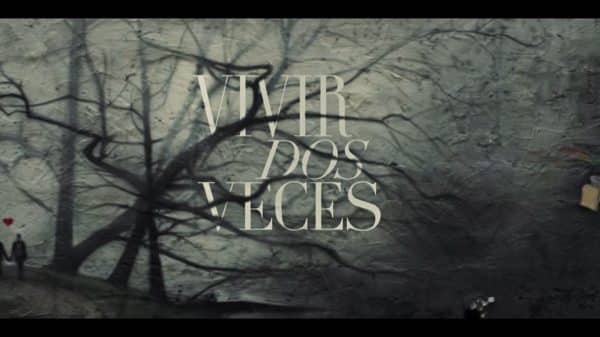 Between a man with Alzheimer’s trying to see his first love and his granddaughter who keeps the core family together, you will be in your emotions.

Despite a full life, which includes getting married, teaching at a university, having a child, and grandchild, as well as retirement, Emilio has regrets. What is said regret? Well, that he never confessed his love to a woman named Margarita when he was a young man.

Initially, this was fine due to him meeting the mother of his daughter, Julia, but the memory of Margarita never faded. However, with being diagnosed with Alzheimer’s comes Emilio realizing he needs to say something before he permanently forgets her. So, with the help of his granddaughter Blanca, a search to find Margarita, after at least 40 years of them being separated, begins.

The driving force behind “Live Twice, Love Once” is Blanca’s relationship with her mother and grandfather. For as much as Emilio is the lead, he is also a bit tart and heavily relies on his diagnosis to win you over. Blanca, on the other hand, is spunky, a bit quirky, and is at that age where she does come off a tad annoying yet is also where she is still rather close to her family. Making it so, while she does have your usual pre-teen phone addiction, when you see her help her grandfather find Margarita, and interact with her mother, and father, Felipe, she brings out the best out of everyone she interacts with.

Now, sometimes this is in the form of softening up a character, like Emilio. However, in terms of Julia, her back and forth with Blanca helps expose Julia in ways that makes her less of the daughter desperate for her father’s love and more so someone hanging on by a thread. Thus pushing the idea that Carbonell’s performance and character are essential to truly appreciate all the film has to offer.

Though with that said, the ending is the type that will likely bring you to tears. Not to give it away but it hits you every which was it can for the desired result of making you cry and ending the journey you went on perfectly.

You Wish More Was Said Or Done With Margarita – 75

When it comes to “Live Twice, Love Once,” Margarita is basically a dream girl. Someone that, from what we’re shown, Emilio saw a few times, maybe even once, as a teen, but didn’t pursue. So with that in mind, it makes you wish we saw him run into her throughout his life with him questioning what could have been or something which would imply he wasn’t doing this partly out of ego. For in the film he says one of the reasons he is seeking her out is because he wants to know if she thought about him all this time.

Which sort of kills the romance a little bit, and even the idea of helping her dad makes Julia uncomfortable, as it should, but if you don’t think about it too much, you can still enjoy the story.

It surpassed expectations by means of Blanca being a pillar to the film and the ending having a stronger emotional impact than assumed.

The journey Emilio goes on with his family to reunite with his first love is beautiful. Could it have done more with the woman he liked? Yes. Could more have been done with Blanca’s father, Julia’s husband? Absolutely. But, a handful of flaws doesn’t take away from the overall film, hence the positive label.

In the end, while Emilio still has his wits, he learns Margarita, on top of being married, has senile dementia. So she doesn’t remember Emilio and honestly barely remembers who she is some days. However, as Emilio gets worse, and it seems Margarita’s husband can no longer take care of her, they are properly reunited in a nursing home where it is like they are the two teens who met for the first time again. Giving you slight “The Notebook” vibes.

Considering how far gone Emilio and Margarita are, and how little they interacted growing up, their story is done. The only thing that can be continued is Blanca’s relationship with her catfish boyfriend and maybe Julia finding someone new after kicking out her husband.

You Wish More Was Said Or Done With Margarita - 75%

Would Watch Again: One and Done

I think that the little girls laughing when they were talking with the lady at the house where Marguerita used to live was real. I don’t think it was part of the script. She seemed to have so much fun.

The song title is Perfidia sung by Maria Rodes (Spanish).

I just like to find the title of the songs in live twice, love once