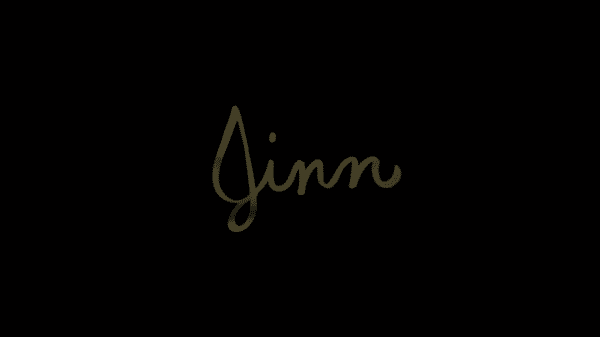 Jinn gives us a rare kind of coming of age tale which is driven to greatness thanks to the writing of Nijla Mu’Min and performance of Zoe Renee.

Summer is a senior in high school and her life is rather normal. She dances with her friends, is a bit sexually fluid, considering she flirts with a girl early in the movie, and has a decent relationship with her parents. Things change though when her mom, Jade, decides to deep dive into the Muslim religion and finds a Masjid, or Mosque, that feels like home. With that, naturally, she expects her minor child to join her and even take on her new belief system. Something which she does, despite some ignorant viewpoints on the religion, and she finds her identity in the process.

However, while she solidifies who she is, there is an internal conflict in trying to reconcile who she was with this new influence. Especially in regards to bringing parts of her core, like being a dancer, into this new identity. Thus leading to her making mistakes in the eyes of her mom and dealing with navigating being a Black American girl trying to adhere to the more traditional, conservative, viewpoints of her mom’s Masjid.

Addressing What It Is Like To Become a Muslim In America

Usually, when you get a film featuring Muslim characters, the characters are immigrants who were raised in the faith. Also, said characters are usually villains and/or live in a foreign country. In Jinn, we get to watch a young Black woman convert into the religion as well as her mother. This brings many interesting perspectives. First and foremost, it gives diversity we don’t see often for most Black folks in media, character-wise, are of a Christian denomination. So seeing Black Muslim characters, who are the lead, is strikingly different.

But, the big thing here is how both sides are presented when it comes to being an outsider looking in as well as being in the thick of it. As can be expected, Summer is a bit ignorant about the Muslim belief system at first, alongside has your usual #WhiteFeminist viewpoints when it comes to the hajib, alongside a woman’s role within the religion. Yet, as she integrates in, she and her mother find something that was missing.

For Summer, in listening to the Imam speak, she realizes she connects more with the Jinn, being between humanity and angel, and finds identity in that. Then, when it comes to her mom, she finds the kind of structure and community she didn’t have growing up. Thus leading to her pushing Summer into this so that, even if Summer is about to go off to college, she’d give her one thing she never had.

Yet, we also get what it means and is like to be within the religion. Like any, you can have your petty praise leader who, in a rather shady way, calls out people of their flock. Also, you have the issue of people being isolated, talked about, and snitched on, and religious leaders being low-key creeps. Then, outside of the religious building, you have the outside world’s perspective.

This becomes a bit of an issue for both Jade and Summer for Jade is a meteorologist on TV and it seems her wearing her hajib becomes a big deal. Well, at least at the station for despite there being another Muslim woman there, the one who invited Jade into her mosque, she doesn’t wear her scarf at work – for whatever reason.

Which, in itself, helps you understand two things: One being that the scarf isn’t some absolute requirement when out in public and two, how dangerous it can feel to wear it publicly. Islamaphobia isn’t just the presumption you are a terrorist but the ignorance that Summer once had evolving to harassment. Something that not everyone is really and willing to deal with. Especially in a public facing job like a local news station. One that, upon Jade wearing her hajib, people get to talking and it even seems like, if ratings or something else go bad, her replacement is set up to jump in.

Then for Summer, you have the conflict between being young, being a convert, being a dancer, and also being extroverted. Watching Zoe Renee seem like she is doing calculations in her head about balancing being a good Muslim but not losing herself, like her mom, helps you understand the complications of religion in a way we don’t get too often. For when it comes to people who are Christian, and most Christian heavy media, especially with Black folks, the problem is usually someone who is a thug or a reformed one, trying to get right with the lord – but the streets are calling. In Jinn, it is a young woman finding faith and trying to hold onto that light it gives her without dousing out the flame which gives her life.

That balancing act brings about a rare depiction of your everyday person, especially a Black woman, dealing with a society that doesn’t know how to see her. So, by default, it seems to expect the worse and is just waiting for the shoe to drop. Something that, sadly, is a viewpoint both from outsiders and Summer’s fellow Muslims.

Since The Quad began, I was waiting for Renee to get a lead role like this. She was so underutilized on that show it made her talents being wasted excruciating yet her draw was too powerful to just drop it and wait for something like Jinn to come out. Making this performance everything and more for she gets something with meat to it. She is a dancer, deals with what is noted above, has a complicated relationship with her parents, and there is even a relationship, noted below, which gets you swooning a bit. Especially the way Mu’Min has crafted what truly feels like a unique depiction of a young Black woman. One which doesn’t draw quick comparisons but you can imagine someone, not just me, using this to compare those who come after – whether it is a Muslim character or not.

Leading me to definitely feel quite hyped by what is to come from this young actress.

The line and delivery of “I just want to break you, but gently” had me all types of f***ed up. I don’t know what led Mu’Min to write that line but it had me put my hand on my chest and feel a certain kind of way. There is a certain ambiguity to that line, yet it is deep in ways that made what seemed to be a simple and cute, low-key obligatory, romance into something more.

How? Well, taking my perspective on that line, Summer saying that made it seem like what she wanted to break was his walls, expectations, and lay down a foundation. Not come into his life like a wrecking ball but someone who cares about him in the present and wants to be there for his future. Be it as a lover or friend, she wants to be what forms his opinions and expectations. Guide him as he does all the same for her, and the gentleness included in that is about understanding. Knowing that breaking someone down hurts but in order for them to grow together, Summer needed Tahir to come out of his shell.

I mean, I could go on and on, since that line swells so much emotion out of me.

Summer’s identity, even before converting, was in conflict because her parents come from different worlds and currently lead different lives. Her dad comes from a big family, which seems rather healthy and connected. Jade, on the other hand, comes from a more disconnected family with issues that drive them apart. Now, while Jade has a strong influence over Summer, some may feel that it would have been nice to gotten more out of her journey. Something to compliment Summer’s path by addressing how a grown woman would go through what she is.

Not to say they bypass doing so completely, there is the aforementioned work-related issues. However, as for dating, life outside of work and the mosque, dealing with her friends, and what family she may speak to, their opinions? We don’t get that.

Overall: Positive (Worth Seeing) – Recommended | Purchase Or Rent On (Amazon)

Honestly, that “I just want to break you, but gently” line is what pushed this to being recommended. Not to downplay the rest of this movie’s many accomplishments but if I was of a lighter skin tone, I’d be flushed in the face. That line, and how Zoe Renee delivers it aside, what makes this labeled positive is a viewpoint that is rarely seen and the film not feeling like it has to plant a flag and make a huge statement. Everything down to how uncomfortable Summer is with her dad dating a white woman feels natural. Add on this film feeling informative, without bias, and yo get a film which truly is worth seeing.