I want you to imagine a documentary in which the subject goes out of their way to go against everything agreed upon and is hellbent on chaos. That’s DTF.

Initially, the goal was to help the widowed “Christian” find love through Tinder. However, as his friend and the documentary director Al and him go from LA to Hong Kong and other cities, it becomes clear that isn’t “Christian’s” goal. Instead, he wants to get hammered, have sex with local girls, get on a plane, and repeat. Leaving you to wonder if Al can ever redirect “Christian” back to what the documentary was supposed to be about. As of the documentary, a 39-year-old filmmaker who has long been “Christian’s” friend because he is fun and makes him laugh, however, as everyone will warn you, going into business with your friends will test the relationship, and oh does “Christian” test Al.

The man who goes under the name “Christian,” to protect his privacy, is a Scandinavian long-haul pilot. Someone who, after losing his wife to sickness, has seemingly become a functioning addict with many vices. Be it drugs, alcohol, and sex. Yet, with knowing the rules and where the line is, he hasn’t been caught. “Christian” always makes his flights and, thankfully, doesn’t have a reported incident.

Christian Is The Type Who Inspires Films Like “The Hangover”

“Christian” is a wild boy. In fact, as Al says in the documentary, seeing his antics might make you think twice about flying, even with it largely being automated. For with the way this man parties, ask anyone who seems over 18 but less than 27 for sex, it’s hard not to feel a bit uncomfortable. I mean, “Christian” is peak toxic masculinity to the point you almost want to wonder how has Al been friends with this man for 15 years, at minimum, never mind why did the late Charlotte stay with “Christian?”

Because, let me tell you, as a viewer, you’ll find “Christian” hilarious to the point of thinking Al’s next movie should be an embellished version of him. However, as you see what “Christian” does to Al both as a subject and friend, eventually, things stop being funny. More so, it leaves you shocked and disgusted. Yet, wanting to know what “Christian” will do next and if Al will continue to put up with him just for the sake of the documentary – it makes you want to watch until the end. 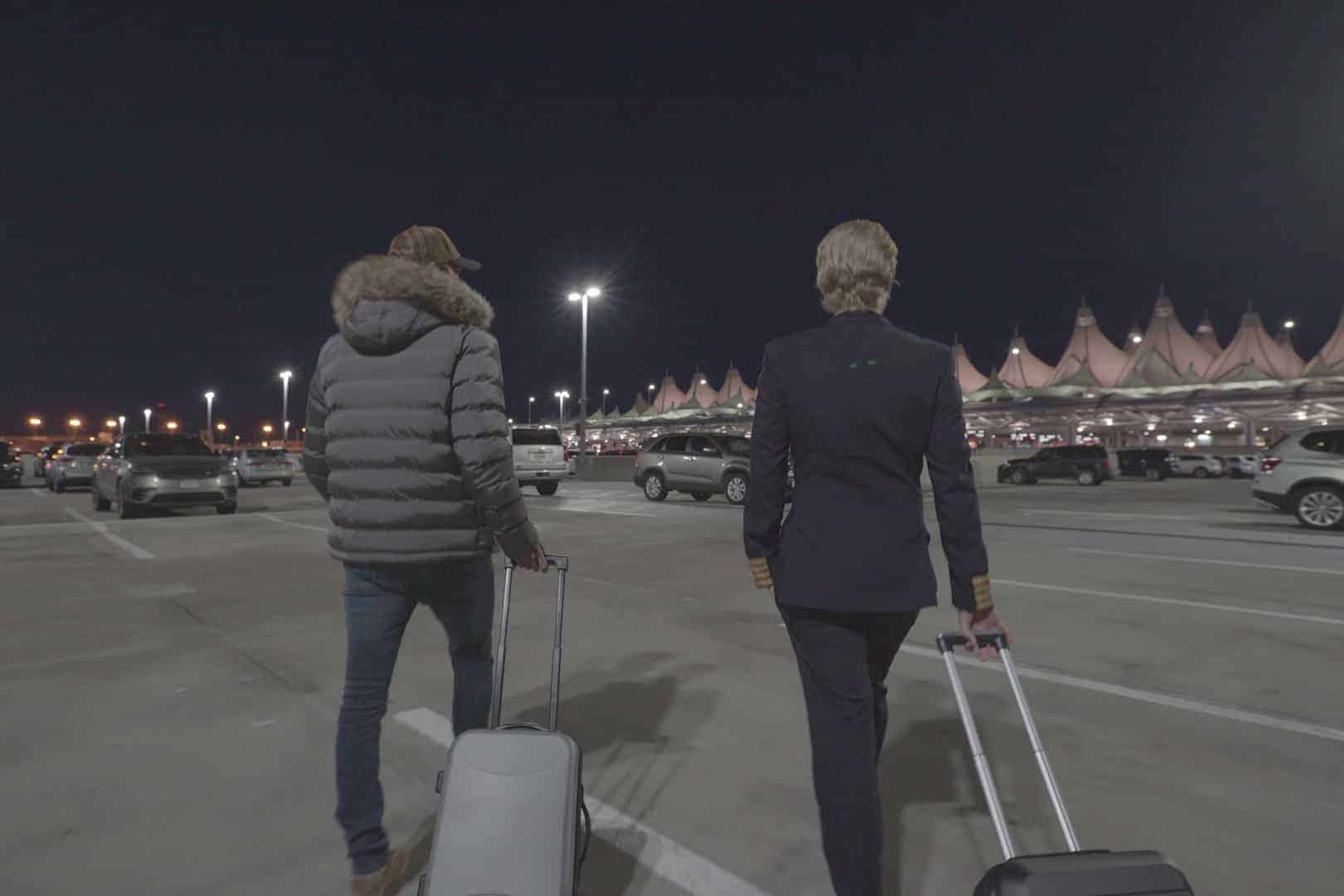 Considering the film does point out that “Christian” has an addiction, maybe mental health issues, it does push you to wonder more about his backstory beyond him losing his wife. There is a need to learn how “Christian” was as a married man, how he was when dating Charlotte, and life before her. Never mind how he and Al became friends, since he is the one who introduced Charlotte to “Christian.” Which, considering how “Christian” is now, can you imagine any man with a female friend introducing them to “Christian” for romance?

So that whole missing element of who “Christian” was in the past, it seems like a huge omittance that leaves us just with this broken man who almost feels exploited at times. Even if he is the hugest ass**** no matter what city he is in.

Often, documentaries can be difficult to watch unless you have an intense interest in the subject matter. Yet, “DTF,” which leans more towards reality entertainment than what is often associated with documentaries, is an exception. The madness and downfall of “Christian,” in “DTF” reminds you of why reality television exploded and has become a mainstay, and makes you wonder why the format hasn’t found more success outside of the comedy of Sacha Baron Cohen?

Christian Is The Type Who Inspires Films Like "The Hangover" - 88%

The madness and downfall of "Christian," in "DTF" reminds you of why reality television exploded and has become a mainstay, and makes you wonder why the format hasn't found more success outside of the comedy of Sacha Baron Cohen?