Wherever I Look
Recaps, Reviews, and So Much More
Home Movies Fish Head (2020) – Review/ Summary (with Spoilers)
Movies

In this quiet drama, a young girl, on the brink of puberty, wonders what the end result might be.

Over the course of a few days, Nahla realizes something is happening. Her body is changing, and as she bathes and looks in the mirror, you can see her feel and see adolescence slip away, and the teenage years begin. 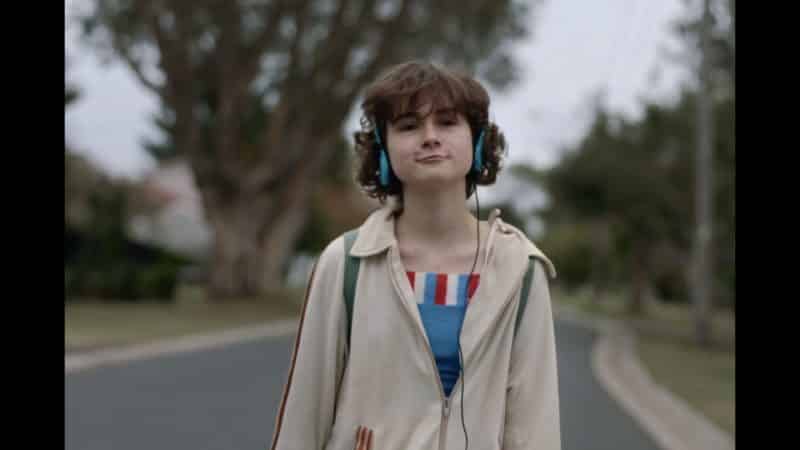 We haven’t seen Curro since “Picnic at Hanging Rock,” and, as noted in episode 4, she was the silver lining of the movie. So when it comes to “Fish Head,” of which she is the star, she gets to shine and show, even with minimal dialog, how she could be the next big thing. For, simply put, it is rare to find actors who know how to command silent moments, especially focused on self-exploration and the character being lost in their thoughts. Yet, as Nahla, you get it.

As for what “it” is? I want you to remember all the imagery that you were exposed to as a kid and being told what that big thing was which would mean things would change. What would be the sign you aren’t a kid anymore and then you realizing, all the dreams and fantasies you had, it is time to try to achieve them and not just dream about them.

Now, this could just be my take, not writer/director Grace Tan’s intention, but for such a quiet performance to push you to feel something, relate, and create dialog despite how little you were offered, that’s saying something.

A Story You Want To Continue

Which is why we would love to see more of this. “Fish Head” is built like a teaser, an extended trailer, and it reminds you of why indie films are so necessary. For while big flashy moments do have their place, it’s the exploration of the human psyche, dealing with changes beyond your control, and trying to live up to the potential you think you have and the world places on you, that creates a long-lasting experience. One that goes beyond the excitement of action movie flare or that one joke in a comedy. Films like you can see “Fish Head” become as they remind you that, in your path towards fulfillment, you’ve come a long way.

Simply put, we want more. We’re invested, we’re curious, and not knowing where Nahla’s story goes leaves us immensely frustrated. Yet, getting to see Curro work, and being reminded of who she is, what she can do, and what she might become, does remind you of a star in the making. One that, hopefully with Grace Tan, will get to see her potential realized one day.