“Dating Amber,” set in 1995, reminds you how much has changed in 25 years as we follow two Irish teens dealing with being ostracized for their sexuality.

In 1995 Ireland, Amber has already had this reputation that leads to so many assuming she is lesbian. Mind you, has she ever said she is one? No. However, her utter dislike for most boys likely led to someone’s hurt feelings spreading a rumor. On the opposite end is Eddie, who isn’t necessarily into girls, and because he isn’t much for sex talk and struggles to name a girl he likes, it is assumed he might be gay.

So, to end the bullying they receive, it is agreed upon between Amber and Eddie to pretend they are dating. However, while Amber sees this as a temporary thing, Eddie sees this as a permanent solution. Leaving you to wonder, between Amber coming to Eddie’s conclusion or sticking to the plans she originally had, what will be her ultimate decision?

A punk with an attitude of gold, she is tired of her small-town life and the small minds which inhabit it and wants to head to somewhere in London to live out who she truly is. And to make the money she needs for that, she rents a trailer, so local teens don’t have to have sex in the bushes.

In a soon to be military family, his dad started the tradition, and he is expected to continue out, Eddie struggles with the other boys thinking he is gay. Yet, with Amber clocking him and offering to play his beard until school is over, she is a Godsend. However, as he thinks they can keep this up forever, he finds himself forced to reckon with what he really wants and what he is willing to settle for.

Sarah is a college student who meets Amber and thinks she is cute.

While you could credit Amber’s attitude, I think that would downplay how utterly electric Petticrew is as the character. There is this energy, this joy, and even when talking about her father, which is a sore subject, Amber never ceases to keep a hold of you. And it makes it so, as you see her embrace her sexuality, even meet a nice girl named Sarah, she gives you the ideal. Amber gives you what many kids can thankfully take advantage of today, but over 20 years ago.

The Push & Pull Between What’s Safe & Embracing Who You Are

Though Amber is the entertainer, who gives you a lovely story, it is watching Eddie’s struggle that may get to you. Mainly because you see the weight of hetero-conformity weigh on him and his struggles to live up to that. With Eddie’s relationship with Amber, you see this beautiful growth process in understanding how to have a relationship with the opposite sex without sex.

To perhaps put it a better way, both recognize sexual intimacy with the opposite sex isn’t their thing, you can see them almost close themselves off to the opposite gender totally. Especially Amber, for she tried, just to see what the hype was about, and it just didn’t work for her. So as you watch the film and see them grow close, you see more than each getting a beard. You see them learn to love.

But, for Eddie, that causes a problem since you can see wheels turning that, with Amber, he is given safety and some form of methadone so that, if he can’t have what he wants, he can at least have what Amber is willing to give. This creates the main source of drama since it’s clear that isn’t enough for Amber, she wants to experience it all. Then with Eddie, he flirts with the idea but bringing himself to be open, out, and date? There is this push and pull with the idea.

After all, it is 1995 in “Dating Amber,” and even in modern times, the idea of coming out isn’t always easy. For boys, especially since once the words are said, there isn’t any taking it back. And I think with Eddie, as you see him connect with men, he rejects them, repeatedly, for there always seems more to lose than there is to gain, and he’s from a small town.

That you can’t underestimate for it plays such a large role. Particularly in the local attitudes and that oft-spoken fear of leaving a small town and heading towards a more inclusive place. Which, often, people think are cities, but being that Amber has her own journey and Eddie on a completely different path, you see he will have to be on his own. Leaving you wondering, as he tries to wrestle with the truth about his sexual orientation, how long can Amber be his crutch, and when, or if, she removes himself, will he fall and move forward or crawl back to where he once felt safe? 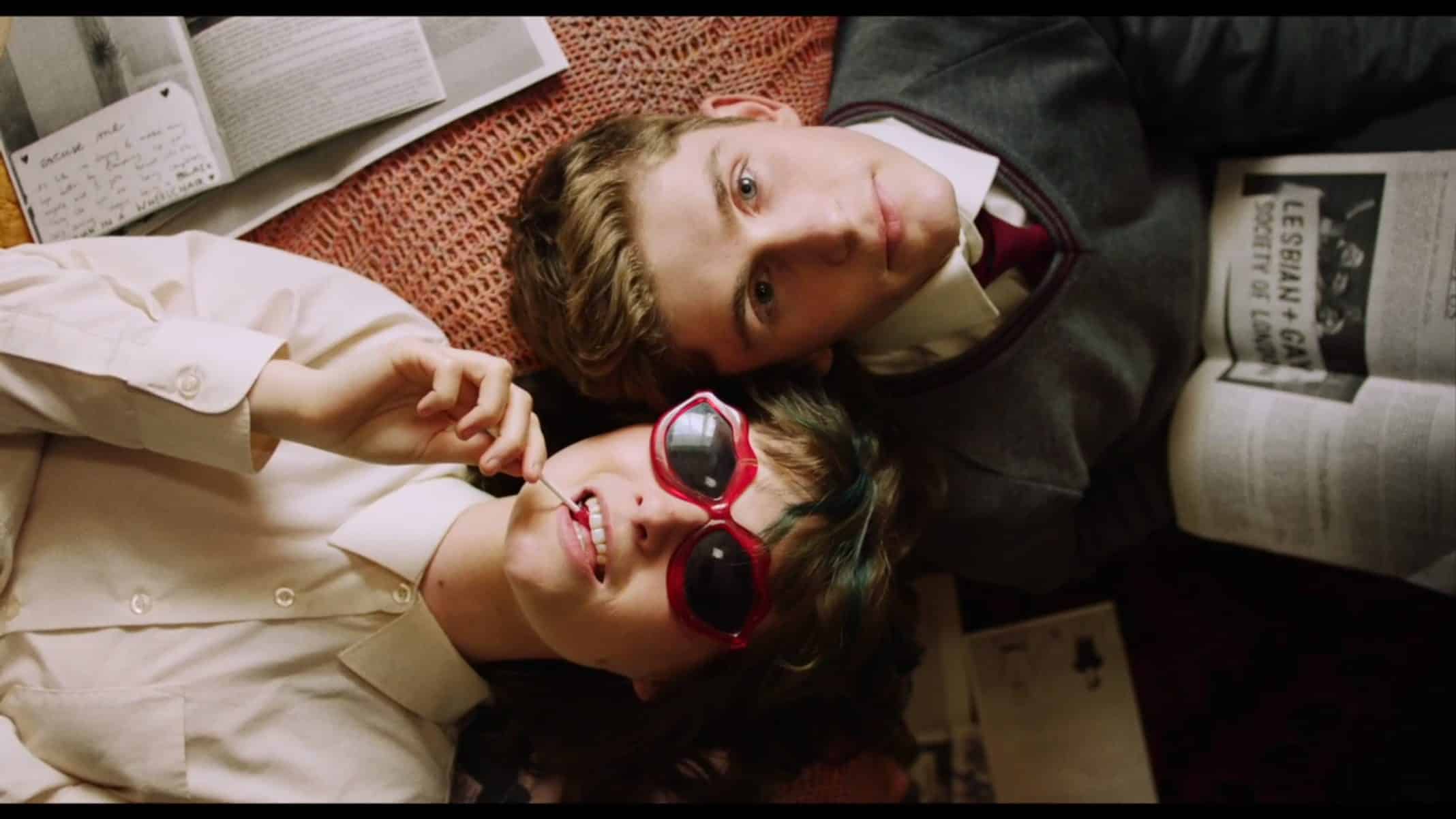 According to Deadline[1], this should be released in the United States sometime in November, and I’m telling you right now it is worth seeing. Between Eddie’s story and how Amber is performed, despite being set in 1995, there is something so modern here. With Amber, you get what feels like a pioneer story of a girl owning her sexuality and discovering herself. Meanwhile, Eddie reminds you that journey is far from easy for everyone, and, be it 1995 or 2020, deciding to be yourself is a real struggle. One that can’t be undervalued for the price to pay some may think is far too high.

Between Eddie's story and how Amber is performed, despite being set in 1995, there is something so modern here and worth watching.