Wherever I Look
Recaps, Reviews, and So Much More
Home Movies Black Panther – Recap/ Review (with Spoilers)
Movies

Between having a sense of culture unlike the rest of the MCU, one of the best villains, female characters who are far beyond being simply love interests and so much more, Black Panther puts the rest of the universe on notice.

Table of Contents show
1 Summary
1.1 Other Noteworthy Facts & Moments
1.2 Question(s) Left Unanswered
1.3 Collected Quote(s) or .Gifs
2 Highlights
2.1 A Cosby Show Styled Aesthetic
2.2 A Sense of Culture
2.3 Shuri
2.4 Best Representation of Women In A Action Movie
2.5 Black vs. Wakandian
2.6 Best Villain Motive
2.7 Despite A Rather Large Essential Cast, Everyone Gets Their Due
3 On The Fence
3.1 Some Jokes Try Too Hard
3.2 The Fight Scenes May Not Necessarily Blow You Away
4 Overall: Positive (Worth Seeing)
5 Follow Wherever I Look on Twitter or Like us on Facebook.

As with most nations, Wakanda’s transfer of power isn’t without some complication. With a new king there comes hope for both traditions to remain as there is a desire to see a change from the new regime. W’kabi, for example, wouldn’t mind revenge for his father who was killed by Ulysses Klaue. Something T’Chaka didn’t deliver since he was a pure isolationist. And you know, it is always the young ones, those who like W’kabi or even M’Baku who challenge the new order to right the wrongs of past leaders. Bring about reconciliation.

However, for T’Challa, there is so much he doesn’t know. Because of that, he doesn’t even know implanted onto his eyes are rose-colored contacts. Especially in regards to his father. A man he may have seen as someone nearly pure, but something he did basically plants the seeds for a civil war.

“The wise build bridges while the fools build barriers.”

“Do not tell me what is possible, tell me the truth.”

For those who ever watched The Cosby Show among the jokes, hairstyles, and guest stars was a subtle sense of culture. Whether it was the art on the walls or music played, you got this sense that this was an upper-middle-class Black family without it necessarily being made blatant. The same goes for Wakanda. Clearly it is a nation inspired by various African nations and between the music and art, clearly, we aren’t in Kansas. Yet, no matter the fashion or war cries, there is no othering here. What we are presented just is, and it is rather refreshing.

Piggybacking off the last topic, another thing Black Panther presents that most Marvel, if not action or comic book adaptions in general has, is a sense of culture. There are traditions, rituals, fashion styles per the various tribes of Wakanda, and clearly different thought processes. But, even with the concept and teachings of tradition, you see how they evolved and have changed as you see children next to their elders and hear the conversations they have. 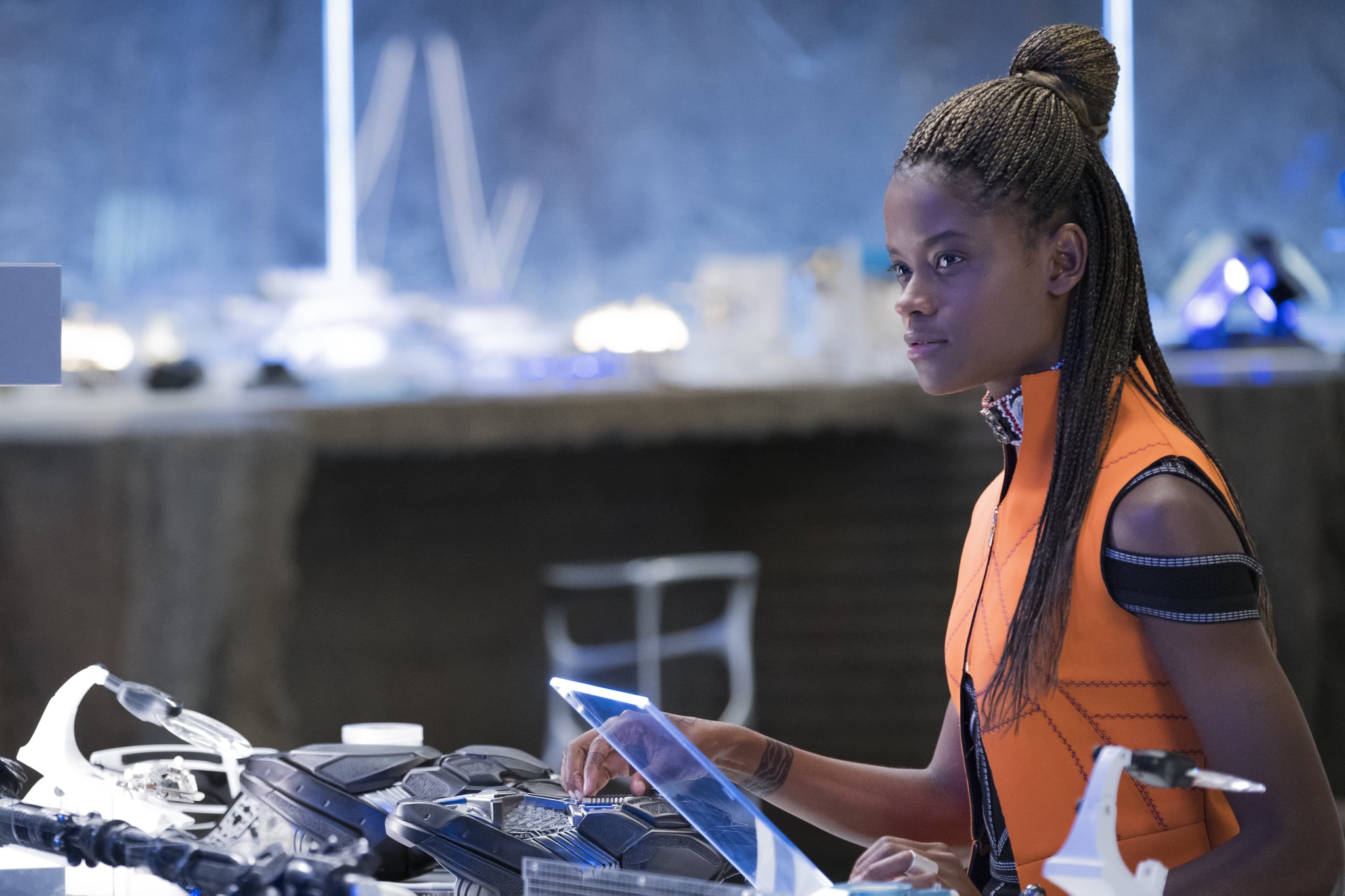 To be frank, Letitia Wright steals any spotlight you’d think Boseman would be basking in. Yes, he is the Black Panther but Shuri is the one with the jokes and memorable lines that could potentially make her a star. Boseman is just fighting people and performing in a side-eye worthy accent. Meanwhile, on top of jokes, Shuri is also this huge tech geek who seemingly has revolutionized many aspects of how Wakanda uses, transports, weaponizes, and etc vibranium. All of which we aren’t given this idea that her ideas or tech were inspired by someone or updates to someone else’s creations. She is the originator and is far past being a supporting character, in a traditional sense. Arguably, she is the first real taste in understanding that women in this movie are more than a love interest or seen and barely heard.

Best Representation of Women In A Action Movie You have bad ass women who not only fight but also fight in clothing and armor which makes sense. In this film, while the women are shown to be attractive by having partners, knowing how to dress, and things of that nature, never do you see any become anything remotely close to sex objects. In fact, whether you bring up Okoye’s loyalty to her country, even when she disagrees with the king or husband; Shuri being this tech wizard who still has social skills; and Nakia who clearly loves T’Challa, but not enough to fit to be the type of queen she assumes he wants her to be, you have to let your draw drop a little bit.

Then, to add onto how noteworthy Black Panther is, none of these women are light skinned. Well, one could argue about Angela Bassett, but in general, there isn’t a single woman featured who brings about any sense of racial ambiguity. They are medium to dark toned Black women presented with the kind of agency and interest barely seen in the action genre, or perhaps the majority production we see.

There is this disconnect between Black Americans and our cousins, or skin folk. Now, while it is clear Wakanda is sort of just a sounding board, a wall to yell at, you can hear a sense of venting. Concepts of becoming a collective and taking over the world, being one and not othering based on culture, and things of that nature, are presented multiple times. Almost subtly addressing how, even amongst skin folk, there is a vibe of us vs. them. 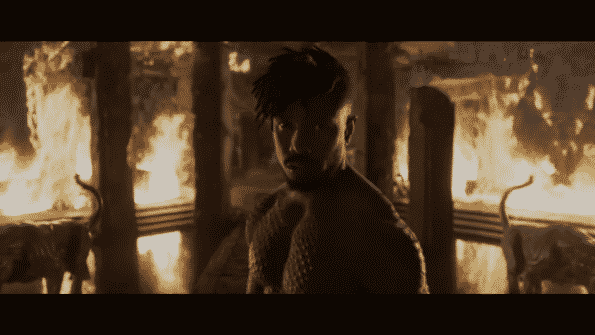 Which helps push Erik Killmonger to be one of the best Marvel villains we have seen in the MCU. Though, outside of Thor’s siblings, and Vulture, from Spiderman Homecoming it isn’t like there is much competition. What makes Killmonger stand out though is that, similar to Vulture in a way, you get it. His motive isn’t your usual, “I want what you have because I feel entitled to it.” It goes beyond that and because of who Killmonger is, he lives in a bit of a duality you can feel he wants to bring together as one.

Killmonger wants Wakanda to be a participant of the world, especially as an advocate for Black people across the world. Something he knows what is unique to Wakanda is necessary for this dream to become reality. Yet, despite it maybe seeming like he wants to exploit the country, it isn’t that. There is an innate love that is seen by those like W’Kabi that can be identified with. A passion which is what pushes Wakanda to internal strife. And really, if it wasn’t for Killmonger being for killing women and children, his methods and arguments could leave you to sort of question, if you had to choose, would you pick him or T’Challa?

Despite A Rather Large Essential Cast, Everyone Gets Their Due

Whether it is the aforementioned women, N’Jobu who has a handful of scenes, Zuri, or even T’Chaka, everyone is given a purpose beyond simply being a catalyst. Take B’Jobu and Killmonger speaking. In their scene, unlike when T’Challa speaks to T’Chaka, he originally appears before him as a child rather than a man. In this, you can see that as big and bad as Killmonger is, his development is stunted.

Then when it comes to Ramonda, while the queen mother and revered, she doesn’t say much. However, with how she handles Shuri, she shows that just as much as she may look regal, she is this little spit fire’s mom. On top of that, with her sitting at the equally female, if not majority female, council of tribes, that she is more than a figurehead but a trusted voice. One whose nod or head shake matters and whose presence can turn dread into hope.

And you can even bring up Okoye, who may seem but a general. Yet, taking note of her relationship to W’Kabi, her loyalty to her country, and how complicated it can be to maintain both, you see a type of strife which shows these actors and characters weren’t just written in the script to provide your usual Marvel 2 hour plus length movie. It is because they have something that needs to be said or seen, and what was written in the script truly matters.

Some Jokes Try Too Hard 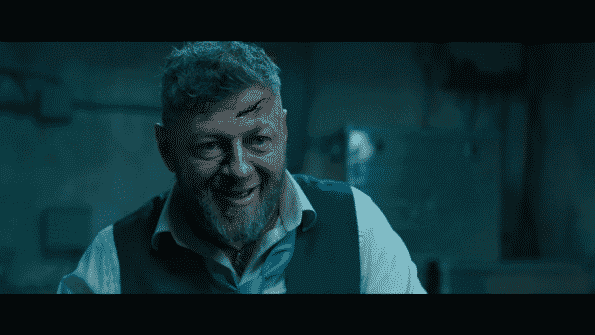 Some aspects of the Marvel formula, like lacing comedic one-liners in rather serious moments, can sometimes be hit or miss with this film. While Shuri is consistent, Ulysses’ jokes flop nearly each and every time. Then for Erik Killmonger? He is a mixed bag. Some lines, like the one he delivers to Ramonda in the throne room, will definitely get a laugh out of you. However, sometimes it may honestly feel the Marvel formula is being forced where and when it clearly doesn’t work well.

The Fight Scenes May Not Necessarily Blow You Away

With a camera which moves about to help push how quickly blows are flying, to the lack of blood, sparks, or anything of that nature, the fight scenes sometimes seem a bit tame and overly choreographed. To the point, it sort of seems like a waste of Killmonger and all this hype he builds, alongside what Shuri and Agent Ross note about his past.

I’m not going to pretend this movie is so great I’m going to see it multiple times in theaters. If anything, like Wonder Woman in a way, what makes this film so good is that it doesn’t have any peers at its budget level. You can’t necessarily look at something and see where they skimped out here or there, but get the sense that from the sets, actors, special effects, and more, Coogler and his team got damn near all they needed to bring their vision to the masses.

Hence the positive label. While a lot of Black Panther’s hype can be justified because, in many ways, there isn’t anything to really compare it to, regardless to that fact, it makes for an entertaining experience. One which shows that despite it being a little more than 10 years since the MCU began, it still is capable of evolving its formula.

One aspect of the film which I believe is more of a flaw of the character than the movie. Is the fact for the most technologically advanced nation in the world, they form of governance is very primitive. Meaning that in order to be king, you simply have to beat the King in a fistfight. For a country far more advanced than any other country, Michael B Jordan, an outside nearly takes down the country overnight. Even M’Baku almost beats him and becomes King. It’s a flaw in the universe of Black Panther that makes it hard to believe how a Monarchy system can achieve technological advance,emt without involving into a Republic form of governance because that flaw can easily lead to the demise of Wakanda which it almost did.

But isn’t it more so an oligarchy? Without the council leaders supporting the king, as shown, the country easily can fall into civil war at the drop of a hat. So, in a way, while there is a king, I wouldn’t say their power is absolute at all. Seemingly, as long as the other nations of Wakanda aren’t necessarily negatively affected, they present an air of indifference.