Anonymously Yours (2021) – Review/ Summary (with Spoilers) 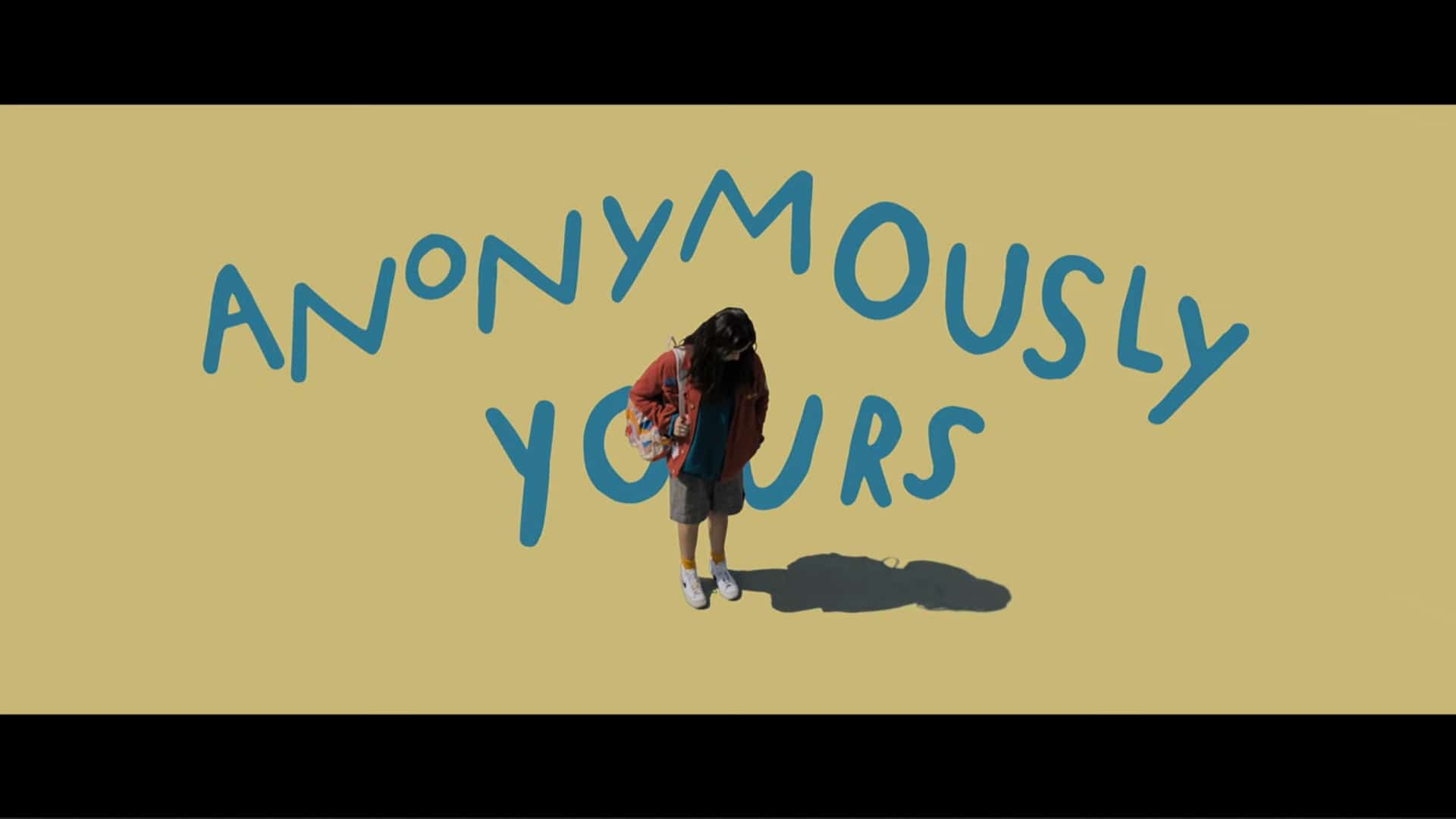 Anonymously Yours holds that classic, “I hated them when I first met them” storyline that evolves into love.

It’s Valeria “Vale’s” last year of high school, and her main struggle is trying to convince her parents to let her study film in college rather than business to take over the family’s elevator business. But, while getting to study what she wants is a priority, it isn’t the only thing on her mind. Valeria also wants to spend as much time as she can with her best friend Regina, and maybe some with Regina’s brother, Ritchie, too. He is sort of like a brother to her as well.

But, while Vale has Ritchie and Regina as friends, they aren’t exclusive to her. So when Regina goes off to hang with the other football players and Ritchie with his boys, Vale is alone. At least, in terms of anyone physically to hang out with. A wrong number becomes something akin to a lifeline, and she falls for a complete stranger through text.

At least, she thought they were a stranger. The truth is, it is the aloof new boy Alex. Someone who wasn’t looking to bond with anyone at his new school, but he meets Vale thanks to getting detention because of Ritchie. Now, as for how she ended up in detention? Well, going off on a teacher about doing a video essay over a written essay.

But, while the two bump heads in person and bond over text, eventually, there comes the point where they find themselves torn between the person they know is real in person and this near-perfect fantasy they accidentally connected with through What’s App. Throw in Ritchie getting jealous, and it leaves you to wonder if this may end with the two ending up together or just being happy someone out there thinks they’re lovable.

Valeria Was Never Looking For A Boyfriend

The best way to start the review section is to note that Valeria didn’t really express an interest in dating or felt left out when Regina started to see Lina. Rather, her focus didn’t really veer much away from spending time with her best friend, finishing her last year of high school, and figuring out a way to convince her parents to let her study what she wanted to. I think this deserves an applause for it was what grounded Anonymously Yours. Especially since, in general, it presented the idea no one was obsessed with the idea of a relationship. But if one just so happened to develop, while an anxiety-inducing prospect, it could be fun.

Both Leads Are Well Developed

Sometimes, when you see a change or course correction in the youth romance sub-genre, it comes at a price. If the female lead is built into a fully fleshed-out human, it means the guy fits into the pixie dream girl trope or is just eye candy. That isn’t the case here. Alex’s life is fleshed out from his father’s life influencing the trajectory he is on, alongside him putting a lot of effort into school and doing small engineering projects.

Then with Vale, she has her friends, filming when she can, going out dancing, and us learning how badly her parents pushed the idea film is but one of many hobbies she can have vs. what she can and should do as a career. This makes it so when our leads come together, they come together as whole people with personalities and lives independent of one another. Thus making their romance less so a need of finding a relationship, love, or even a best friend, and more so a want.

The Drama Was Believable And Didn’t Become Over The Top

Despite all the ways Alex and Vale’s interactions could go left and blow up, the way we get a conflict doesn’t fit into that generic, one side did or said something stupid, and then there was a grand gesture to compensate. Rather, a believable, and perhaps tame by some standards, method was used for the climax and resolution. Which was quite refreshing and left you still invested in the possibility of, even if just for the summer, Alex and Vale being together.

While Not As Notable As They Could Be, Lin and Regina Were Cute

You can’t really have a young adult romance nowadays without at least one queer character. In the case of Anonymously Yours, we get two in the form of Alex’s best friend, Lina, and Vale’s best friend, Regina. Now, unfortunately, their romance isn’t strongly focused on, nor are their characters.

However, Lina does have that something that makes you take note of her. Maybe it is the fact she is the main one who interacts with people with intention? It could be that when in scenes with Alex, she has that presence which eclipses him? It’s hard to say.

As for Regina? They drop the ball more with her. She mainly operates as Lina’s girlfriend, Vela’s best friend, and Ritchie’s sister. Now, is she shown to be as good as Lina on the soccer field? Yes. But who she is as an individual is barely explored, and it’s almost like, when you look at Lina and Regina, and then Alex and Vela, you are reminded how far queer romance stories have to go to be on par with their hetero counterparts. Especially when trauma isn’t involved.

After A Certain Point, You Start Checking How Much Time Is Left

There comes a point where the romanticized anonymous person who Vale and Alex have dreamed up rivals the person in front of them, and it is at that point you’re ready for them to speed things up. Especially since, while we love the lack of drama, sadly, it came with a lack of urgency. Pair that with the film not going deeper into its character’s dreams or feelings, like Ritchie missing his parents more than Regina, and at times you may feel like the pace for Anonymously Yours is way too slow, even if the romance is cute.

While a tad longer than it needs to be, not going as deep as it could, and troubling itself by having a supporting actor with lead role energy, Anonymously Yours is one of the better young adult romance films out there.

Available On/ At Netflix

Anonymously Yours (2021) – Review/ Summary (with Spoilers)
Who Is This For?
Those who like teen romances and want something which doesn't have some ridiculous fight lead to a grand gesture.
Highlights
Valeria Was Never Looking For A Boyfriend
Both Leads Are Well Developed
The Drama Was Believable And Didn't Become Over The Top
Disputable
While Not As Notable As They Could Be, Lin and Regina Were Cute
After A Certain Point, You Start Checking How Much Time Is Left
82
Subscribe to our mailing list Follow Wherever I Look on Twitter and Instagram, Like us on Facebook, and Subscribe to the YouTube Channel.