Information is updated as new episodes are released and watched, and images changed as better ones are captured. 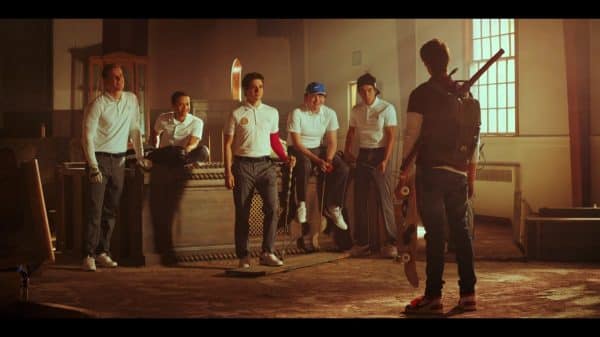 Formerly led by Jordan, the STEM Punks are the reason most of the technology, including vehicles, are operational in Glendale. 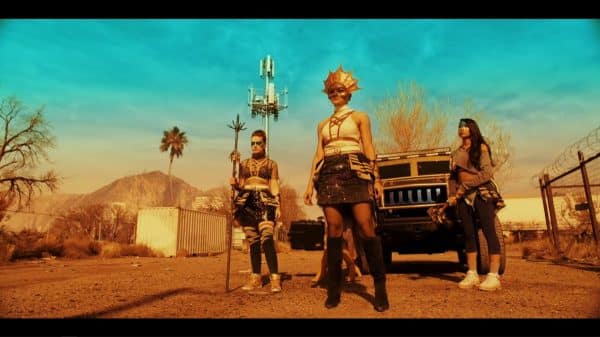 An all-girl tribe, led by Demi, which is for the eradication of men. Their symbol is the pyramid due to how it represents equality for them.

The local high school where everyone used to go.

The apartment building Josh lives in.

The Day The Bombs Dropped

This took place over 6 months from the beginning of the series.

What those over 18 are called for they are very similar to zombies. The only difference being, they can talk. Mind you, the only thing they say is the last thing they were thinking or talking about, but they can still talk.

An agreement among tribes that, even if at war, they wouldn’t use guns.

A Canadian from Toronto, now living in Glendale, California, Josh considers himself a bit of a loner if not an outlier. It’s something he is proud of, and while you’d think that would mean him being an easy target after the apocalypse, he has a few tricks up his sleeve. Specifically that he knows how to fish, hunt, rig solar panels, and even filter his own pee. However, what he really has going for him is that his apartment, that he formerly shared with his mom, in Paradise Cove, is well stocked from scavenging.

Sam, full name Samaira Dean, has a mother who is an engineer and met Josh due to her being asked to show him around. This leads to the discovery that, in many ways, she is like him and doesn’t necessarily fit into any specific group. She even likens herself into a sorting hat that can traverse amongst so many groups because she doesn’t fit in.

Leading to the question, after the apocalypse, who might have taken her in?

After the bombs hit, Turbo Pokaski, now known as Turbo Bro Jock, had all of the different sports teams gather into one tribe under him. It isn’t clear how he got all from the football team to golf team to follow his orders, but he has been their leader, whose core group has a thing for Mad Max attire, ever since.

Josh’s former biology teacher who was one of his favorite people at school. However, since the apocalypse, she has become a ghoulie. But, unlike most of them, she shows some signs of her humanity. For example, she can talk, has empathy, and has found ways, beyond eating people, to get iron.

Formerly, before the post-apocalyptic event, Hoyles was the leader of the jocks and a big-time bully. However, something happened which changed all that.

Formerly a part of Hoyles’ toxic jock team, after the apocalypse Wesley has become a pacifist and dresses up as a samurai. Part of the reason for this is because he wants to atone for his past ways when he either bullied or enabled others to bully people. However, many are skeptical of him turning over a new leaf.

This vulgar 10-year-old, that Josh used to babysit, loves fire and violence. Yet, despite seeming like she has minimal social skills, to make up for her intellect, she seems to enjoy Josh’s company and longs to be reunited with her mother.

One of the Armenian kids of Glendale who wasn’t necessarily rich. Members of his family do own businesses, but that didn’t mean he was able to buy name brand items. In fact, to prove how hard he had to work, he notes working in his aunt’s shop, plucking hairs, to buy some of his shoes. Thus making the apocalypse a bit of an equalizer for him.

One of the few female jocks we’re introduced to, while not a major player in Hoyles’ group, she was considered one of them. However, when things went south, she aligned herself with Turbo and became his right hand. Especially since, for reasons not revealed upon her introduction, Turbo seems unable to speak.

The apparent head of the cheerleaders, and now Cheermazon tribe, Demi used to have a drug dealer/ buyer relationship with Angelica. However, when she dissed Angelica for trying to be close to her, she got smacked with a lunch tray. Hence the mark on her nose.

The former head of the STEM Punks who planned to assassinate Turbo by creating a gun – a taboo item after the Emma Gonzalez accord.

The former principal of Glendale high school who we later learn is Baron Triumph and takes a certain pleasure in eating bad kids. Also, through him, we learn, like Ms. Crumble, not all adults who are cannibals are borderline brainless.

Wesley’s third cousin, on his mother’s side, who was one of his best friends back in Compton and is part of the source of Wesley’s guilt since he ended his sports career during the homecoming game.

A Chinese exchange student who, like Josh, didn’t really fit into any specific group and kind of like things better that way. However, similar to Sam, she does have the ability to interact with multiple groups, especially the more nerdy ones.

Turbo’s father who formerly was a tax lawyer but, after his wife’s death, became a humanitarian and now travels all over the world to provide aide. Thus leaving Turbo often alone with housekeepers.