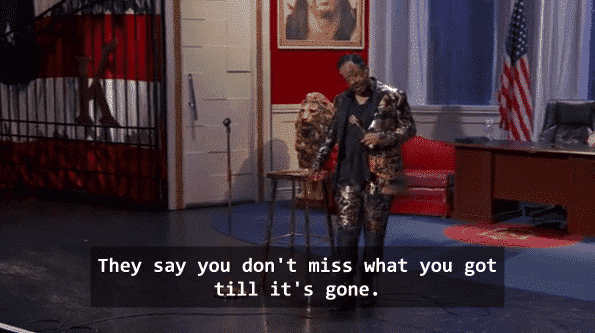 Katt Williams: Great America won’t make you think Katt Williams hasn’t missed a step since his height in 2008/2009, but his set will bring enough nostalgia to see you through till the end.

After shouting out all the things he loves about Jacksonville Florida, for 13 minutes, Katt sort of is all over the place. Especially as he goes from warning young people about what it is like to get old, to Philando Castile, and then heading into politics. A topic which Katt isn’t necessarily bad at, it is just most of his jokes sound dated if you watched more than just this comedy special. So if you have listened to the likes of Dave Chappelle, John Oliver, Trevor Noah, and etc, the only thing Katt does which separates him is his theatrics.

In all, while there might not be a hard-hitting joke, the facial expressions and possibility for memes is high. For Katt Williams certainly still has it, but you can see he is also trying to adapt it so that his relevancy isn’t questioned in modern times. In fact, the only question he leaves you asking is if he can keep it consistent and not get arrested – thus messing up his career all over again.

Quite randomly, Katt will accentuate a joke with a musical moment which comes out of nowhere. Be it the post sex, I just gave great dick song, or this other moment dealing with a story dealing with Viagra. Now, I cannot recall a single one of the songs he used, but I’ll admit him using music to make the punchline harder was new for me. I don’t know about you, but when I think of Katt Williams, I don’t necessarily think of political comedy. His Philando Castile joke about getting a self-driving car so the cop can talk to the car, not him, while in the back seat naked with a dog, that was funny. Kind of messed up when you think about what happened to the man, with his child in the back, but he found a way to squeeze a joke out of that.

However, when it comes to Trump, I won’t say Katt doesn’t have the skill to make good political jokes. If anything, I’d just say that isn’t his specialty. Him joking about how Trump gives 0 f***s just didn’t elicit any real humor. It took him switching focus to Melania looking like a hostage and swatting Trump’s hand for she knows where it has been, to get him back on track. And even then, when he swerved into Global Warming, it was like he was more so giving you a breather than still trying to jab you with jokes before his next uppercut. 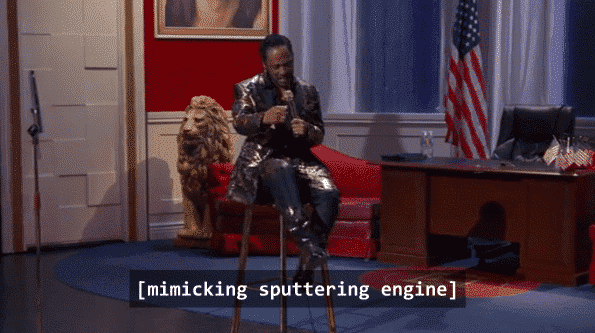 As any Katt Williams fan knows, it has been awhile since Katt was huge. I’m talking, possibility of being on the level Kevin Hart or Tiffany Haddish is today. And you can kind of see that, like with his doing political jokes, he is trying to adapt, evolve, and change. I mean, there is still old Katt. You know, the one which gives you blunt advice which sometimes comes from left field, like telling people to have sex more and doing what seems like a Viagra commercial.

Yet, the problem with this special isn’t just Katt in the process of evolving as a comedian. Nope. It is mostly that he doesn’t come off strong in the beginning or has that sort of wood burning oven kind of set. If anything, he starts off weak as he spends 13 minutes hyping up the crowd in Jacksonville, Florida, flounders a bit, getting a little jab with the self-driving car joke, then it is like, until we hit the last 17 or so minutes, he doesn’t truly hit his stride.

Which isn’t compensated with him saying some insightful or get your s*** together type of stuff. It’s weak political jokes. Hence the mixed label. For while you do recognize the 2008/2009 Katt Williams you knew and love, there are times when Katt Williams: Great America is like watching a singer whose voice is shot. You’ll still get nostalgia from watching them, but you know they can’t do it like they used to and their means of compensating is good enough to watch but far from the type of experience you rave about.

Anybody know the song in the end when looks in the mirror and start dancing .. its a slow song

Anyone know the song at the end credits?

I was wonder about the one song that comes out just before the saying freedom….

Just watched the new special and I found him to be still hilarious. Was he as good as 09? Nope but I think he still killed it. A few stammers and bit confusion for a split second but all in all he made a noteworthy appearance. I’d watch this over Burrs new special any day.

Katt Williams has always done political jokes. He has talked about George Bush and the war, he has spoken about Hilary Clinton when she ran against Obama. Every special he does he makes some type of political reference because he is really into politics. You must not really know his material. I thought the jokes and his style was hilarious. The rhythm of this stand up is very similar to his old stand up. Overall, I thought it was great to see him back.

It was never his bread and butter though, at least to me. Yet, with how long he spent on it within this special, you’d think that was one of his niches. I mean, making a George Bush joke I remember him doing but, I guess the best way to put it is that what I found funny about Katt Williams was his stories, his theatrics, and the way he gave advice to his audience. By no means was his political commentary ever noteworthy enough to remember. So him making it seem like such a huge part of his set, especially after 13 minutes talking about the location he is in, seemed like a major stumble. Especially for a professionally filmed comedy special – meaning, he has finished working out the kinks and thinks he got what he wants to say, the timing, and etc, down.

You think Netflix bought the name and didn’t necessarily get the talent? I think he maybe entering that period where he needs to do indie dramas and see if he can cross over.

Maybe if he can stay clean

How did you feel about the political jokes?

I thought the white guy in the 3rd row who kept trying to get all the black people to clap for Obama was funnier than the jokes.

Is it wrong when a comedian needs a hype man?