In The First Lady, we are shown the ever-evolving role of being the first lady, especially in a country where the role was never meant to be an equal but rather one of many supporters.

Table of Contents show
1 Summary
2 Things To Note
2.1 Question(s) Left Unanswered
2.2 What Could Happen Next
2.3 Collected Quote(s) & .Gifs
3 Review
3.1 Highlights
3.1.1 Eleanor Roosevelt
3.1.2 Understanding The Stigma Of Seeking Psychology
3.1.3 Understanding The Spectrum
3.2 On The Fence
3.2.1 Feeling That Viola Davis’ Facial Expressions Are Borderline Caricatures
3.2.2 Sometimes Feeling We’re Jumping Around Too Much Between The Three Ladies
3.3 Initial Impression
3.4 The First Lady Directory

From Eleanor Roosevelt championing her husband to the presidency in the 20s, Betty Ford watching her husband ascend due to corruption, and then Michelle Obama, with some apprehension, see her husband ascend to heights many never thought a Black man would. With these three women, we see three separate but similar journeys. Each one shows us a woman who had her own dreams and ambitions often set aside for the political climbing of their husbands, and the ladies having to reinvent themselves to fit their new roles while trying to not lose who they are in the process. Thus showing some things never change, no matter the year, the state of feminism, or the man on the other side of the relationship.

That’s not a job. That’s my circumstance.
— Eleanor Roosevelt

Hands down, Gillian Anderson, dominates with her performance as Eleanor Roosevelt. There is a charm, comedic appeal, yet seriousness to her character that honestly almost makes it feel insulting that this figure has to share the limelight with two others – even if it is Betty Ford and Michelle Obama. For with her seeming to be the driving force between FDR’s rise to the presidency, even more than his own mother in Sara, comparing that to Betty? It seems like an ill match. Then, when it comes to Michelle, I mean, you get it, but at the same time, it doesn’t lessen the insult just because it was preceded with a compliment.

Understanding The Stigma Of Seeking Psychology

One of Betty Ford’s main contributions is the real-life issue of her seeing a psychologist and Gerald Ford being involved, being scrutinized. It reminds you, around 50 years ago, how detrimental to one’s life even being associated with a psychologist was. Heck, could you imagine a presidential candidate openly talking about seeing a counselor, never mind a psychologist or psychiatrist?

In my mind, while Roosevelt is the most interesting of the three, the point here is to show a spectrum. You have Betty Ford, who fit the housewife persona. Michelle Obama, who was a working woman, yet still very much feminine and fitting the roles expected of a wife, and then Eleanor, who could be feminine if the situation called for it, but she mainly operated on masculine energy.

These archetypes are supposed to help represent all the first ladies omitted, even if they are seen, like Laura Bush. For the idea is, each one fits into one of these three categories, and while increasingly we’re seeing types like Michelle Obama, women who had careers outside the home which were as substantial as their husbands, there are far more who were like Betty than we may know. And while they don’t get the same level of acclaim, they do matter.

Things they have done, which may not end up in a child’s history book, affected what was going on at the time – like Betty going to the funeral of MLK Jr.’s mother after she was killed. For it is in women like that having an identity outside of their husbands, just as much as Michelle and Eleanor, that First Ladies knew you could make a change without trying to upend the system.

I’m sorry, but Davis’ facial impressions are killing me. With Eleanor Roosevelt and Betty Ford, I find myself Googling did that happen or was that really said. With Davis? I find myself having to check whether Michelle’s hair was like that, did she do her makeup in such a way? What about these facial expressions?

Which, from what it seems, she did, but the level Davis takes it to distracts you from the bigger picture to me. For as serious as you can see she is taking this role, alongside the writers in fleshing out this major moment in American history, and hers, the message is being lost in the presentation.

From when their husbands won to showing their part in their husbands getting to the point of the presidency with the three ladies, we jump back and forth 12 times between 1892, when Eleanor Roosevelt was a child, to 2008, when the transition of power from Bush to Obama happened. Luckily, this is never too jarring because we are given a year and place, and usually a historic event to help us understand what’s going on at the time.

But, again, it makes it so for the more stronger personas like Eleanor, it seems just as being the First Lady relegated her to something less than she deserved, it does the same for each lady’s story.

The First Lady is a wonderful addition to Hollywood trying to diversify its depiction of women by showing us some of the most powerful women in America’s history. However, at times it stumbles through Eleanor eclipsing her peers, Davis’ facial expressions, and sometimes thinking Betty Ford, while she has her place, seems more like the type who should have an episode in an anthology than have her story spread out across ten episodes. 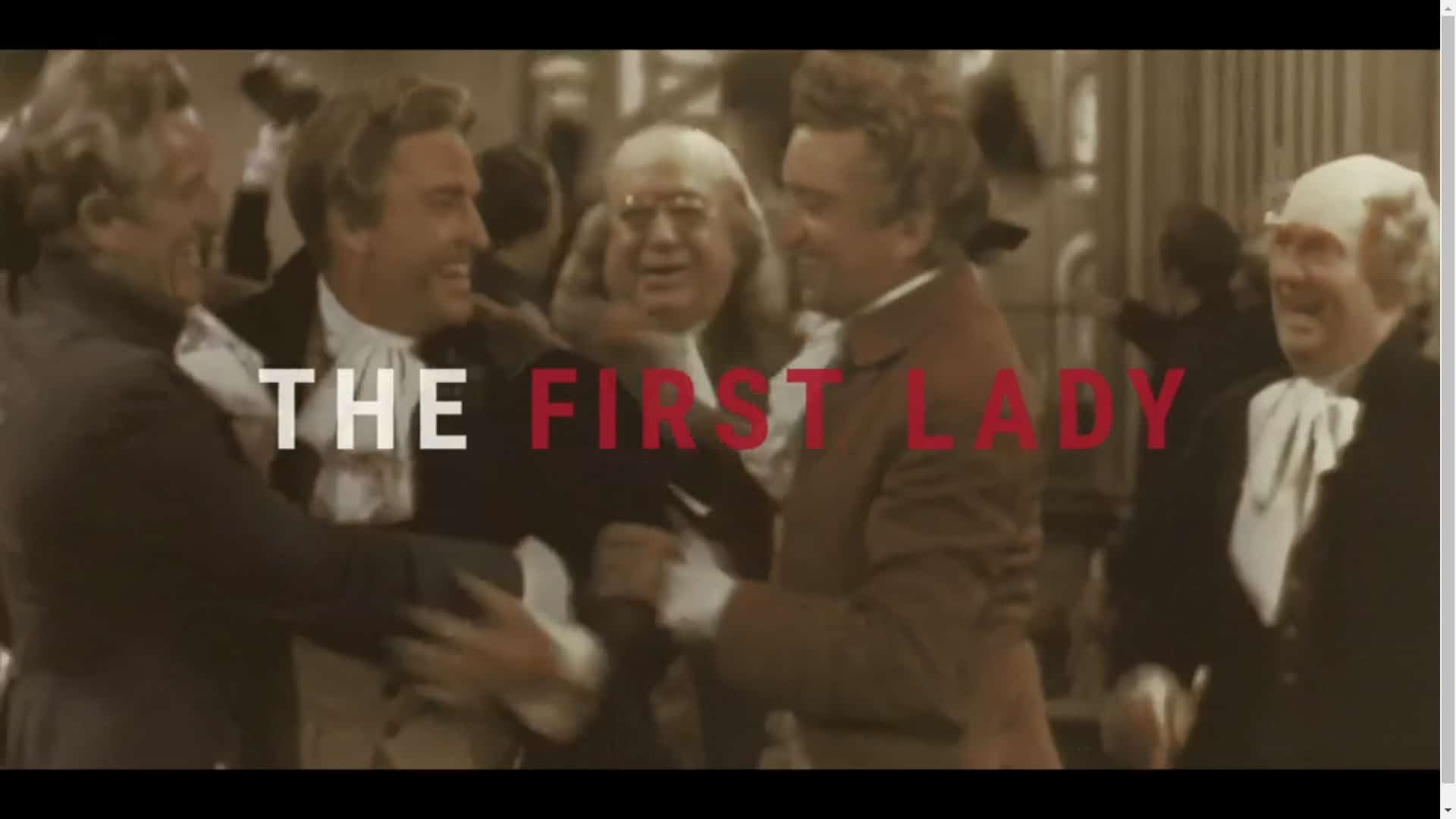 The First Lady: Season 1/ Episode 1 “That White House” [Premiere] – Recap/ Review (with Spoilers)
Who Is This For?
History buffs who don't mind some potential historical fiction, and people who want to see a show led by women who mattered in history and aren't that age of children.
Highlights
Understanding The Spectrum
Understanding The Stigma Of Seeking Psychology
Eleanor Roosevelt
Disputable
Feeling That Viola Davis' Facial Expressions Are Borderline Caricatures
Sometimes Feeling We're Jumping Around Too Much Between The Three Ladies
81
Follow Wherever I Look on Twitter and Instagram, Like us on Facebook, and Subscribe to the YouTube Channel.