The Boys: Season 1, Episode 1 “The Name Of The Game” [Series Premiere] – Recap, Review (with Spoilers)

The Boys gives us Greco-Roman style god-like heroes, and reminds us of the dark side the MCU and DCU don’t show.

Originally, when it comes to heroes, whether you are in Brooklyn, NY or Idaho, they are seen as pillars of the community. Faster than the cops, delivering a cathartic justice, and having the best PR around. However, with our lead, Hughie, losing his girlfriend, Robin, to the Flash-inspired A-Train, that leads to use learning the truth. Through a man named Billy Butcher, we learn how corrupt heroes are and that over 200 work for the Vought company and their CEO Madelyn Stillwell. Someone who licenses out the various heroes for not just movies and merchandise, but also protection. Which, in return, she and Vought received 100s of millions of dollars alongside the type of immunity even the best cops can’t get.

Which is why Hughie doesn’t want to be just another person paid off and forced to move on. He wants to fight and expose the heroes for who they are. A fight he might not be alone in for after dealing with a casting couch situation from one of the top heroes of Vought, Annie, aka Starlight, may soon join forces with Hughie either hand in hand or indirectly.

Since when did hopeful and naïve become the same thing?
— Annie

A Different Side To Heroes

While there is Deadpool, Watchmen, and others which make it clear not all heroes are saints, they maintain this sense of being lovable anti-heroes. With The Boys, they take that up a notch and give you an almost Greco-Roman vibe to these god-like creatures. They are immensely powerful yet fallible. They see themselves above the law and while praised immensely, very few, if any, might be humble.

Making the idea of taking them down vastly appealing. Especially the whole David vs. Goliaths & a conglomerate. For on top of the battle Hughie is signing up for, there is also the massive amount of commentary that can be thrown out there. 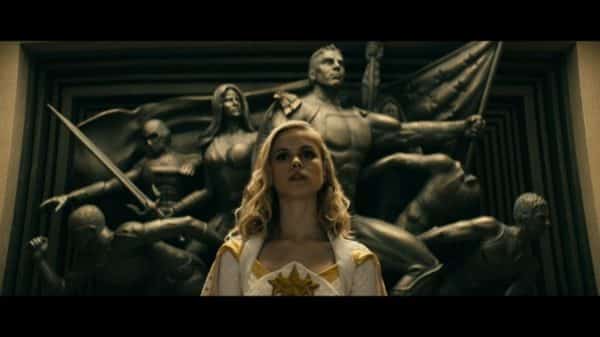 Focusing on specific characters, the only one, as an individual, worth investing in is Annie. Maybe it is because she has that origin story vibe we’re used to? If not her getting a wake-up call that is devastating to watch. For just as she becomes part of The Seven, on her first day, Deep decides to whip out his d*** and coerce her into a casting couch situation.

Which, strangely not in a cheap way, makes you feel for her and want to coddle her a bit. Add in what she does for Hughie as a character, and it makes Moriarty seem like a breakout star amongst the cast.

Unlike Most Superhero Based Media, The Pace Is Anything But Fast

One of the issues you may encounter with The Boys is that Hughie isn’t that dynamic of a lead. He isn’t someone you really want to follow around, and he doesn’t work well as a medium either. Making his interactions with Billy Butcher and Annie crutches for him but life-saving for the show.

Admittedly, the concept of a show delivering ill-behaved superheroes on a big budget is what saves The Boys. Without that, and Moriarty as Annie, I’d assume by episode five, like many violent shows, it would get boring, you’d feel jaded, and think this would have made a better movie than 8-hour experience. So while our first impression of this is positive, I feel like a major asterisk is needed. If only because there isn’t a firm belief this show can rest on Moririty’s shoulders, and bad behavior remaining entertaining. But, here is hoping I’m wrong. 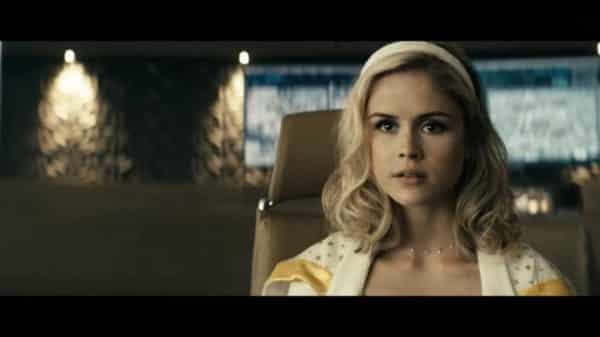