Takt, Anna, and Cosette are heading to New York City to have Cosette fixed by the New York Symphonica. But, with them traveling by car, from the west coast, and these beings called D2s congregating in middle America, the combination of Takt and Cosette will have to fight their way through middle America so they can reach New York.

A conductor with a notable love for music who detests that, because of the rise of D2s, the world has silenced music and musicians, all out of fear of awakening D2s.

Cosette is a musicart who is connected to Takt and consumes his energy, and shares any damage she is inflicted with.

Takt Op.Destiny is a beautiful show. One that, when it decides to pause the action, the dialog, and just let you bask in the art, makes it so you could make dozens upon dozens of wallpapers for your phone or computer. But, thankfully, the show isn’t just pretty to look at, but the action is also of decent quality.

Now, will your jaw drop as Cosette takes on D2 monsters? No. The show isn’t that violent, nor are there notable struggles between Cosette and the D2s she faces. Yes, the D2s are exquisitely drawn, but the fighting animation is more so flashy than heart-pounding. Which, when mixed with the likes of Beethoven, gives you the ebb and flow of fast-paced action and the cooldown that is usually filled with weak dialog.

Luckily for us, however, even when Cosette isn’t fighting, this show remains interesting.

How so? Well, due to the characters being quite weird. Anna is perhaps the most normal, but with how worried she gets over Cosette and her sibling-like relationship with Takt, she is comical. However, she doesn’t compare to Takt and Cosette. With his disregard for anything that isn’t music and his “Can’t be bothered” nature, Takt makes a good partner to Cosette, who often comes off very alien, yet also the perfect balance to Takt’s attitude.

Then, together, they seem like a wonderfully dysfunctional family. One that you certainly would love to learn the background of, but for now? You’ll just enjoy Anna freaking out, Takt being annoyed Cosette isn’t as talented as he is, and Cosette being this little weirdo who is destructive but adorable.

While Takt Op.Destiny may not achieve being the top show of the season; I do think it could be a fan favorite. Between the action, the music, the eccentric characters, and it presenting to fans it has an end goal and isn’t trying to go on forever, it has all it takes to be a good show. So, now let’s just hope it can maintain the trajectory it seems to be on. 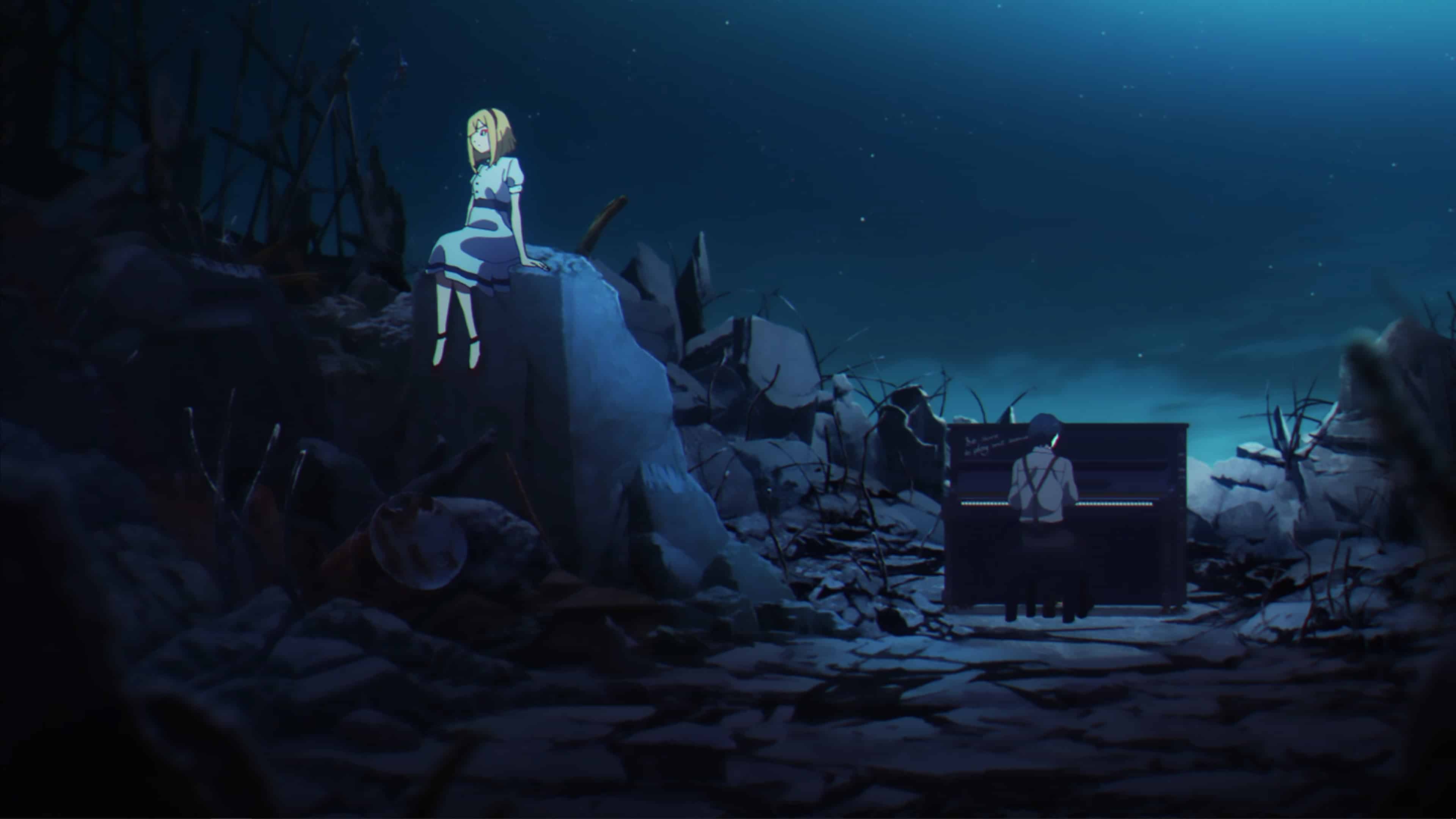