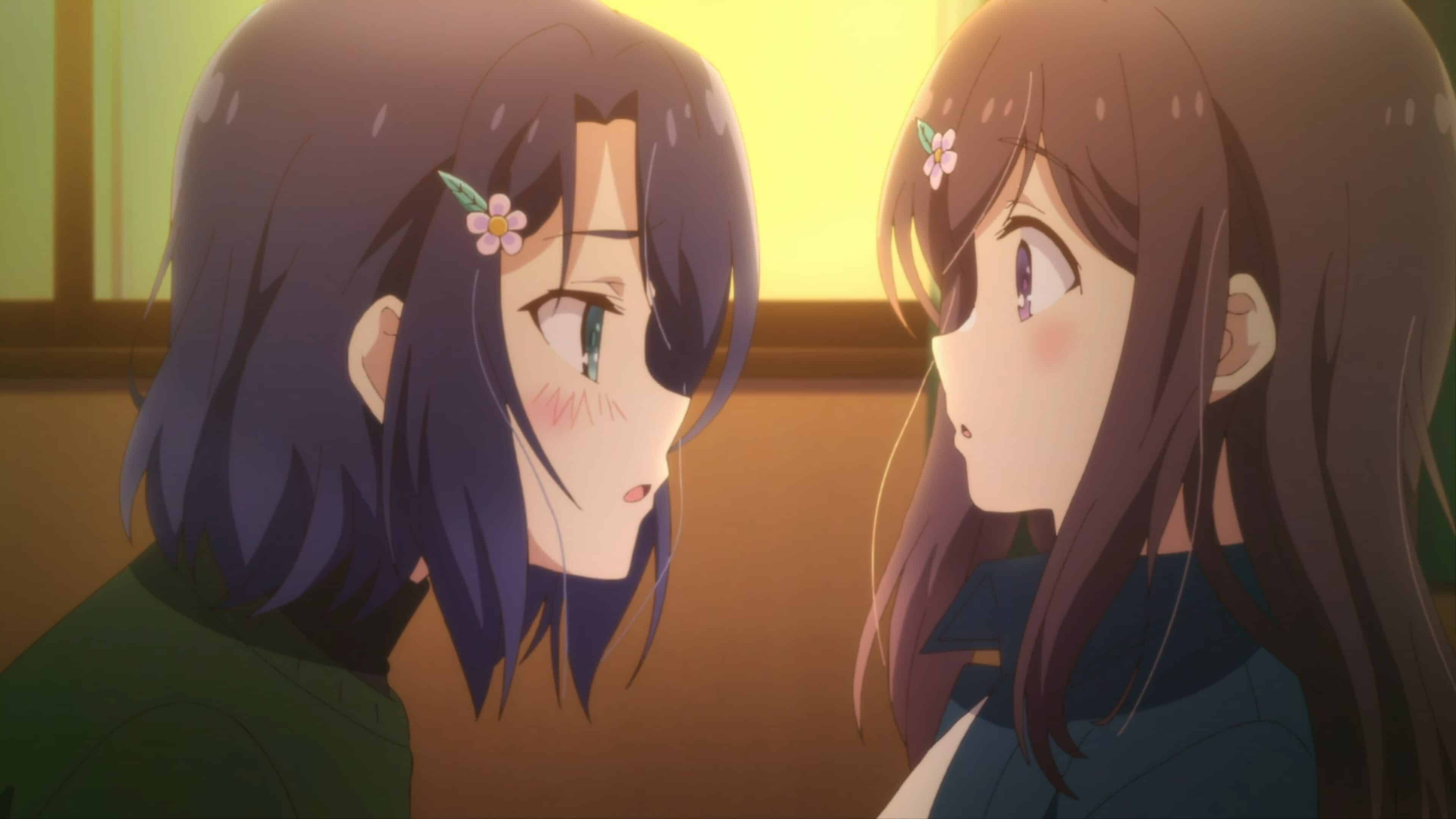 Adachi and Shimamura takes the slow and steady approach to love. Thus giving you something which may feel annoyingly slow at times, but often authentic.

Adachi is a young girl, barely a teenager, who has long been accustomed to being alone. However, when a girl named Shimamura enters her life, what starts off as joy from having company evolves to her believing she has feelings for Shimamura. But with Adachi being timid, she doesn’t outright say this but rather, slowly and surely, see if Shimamura might be comfortable with giving affection, consistently, and may even have feelings for her as well.

Adachi and Shimamura exists on the understanding that romance is complicated and not always butterflies and puppy dog eyes. It’s also potentially unhealthy the way someone crushes over another and this is shown through Adachi’s way of pursuing Shimamura. At times, as Shimamura notes, Adachi is jealous, a tad possessive, and you could even throw in manipulative. 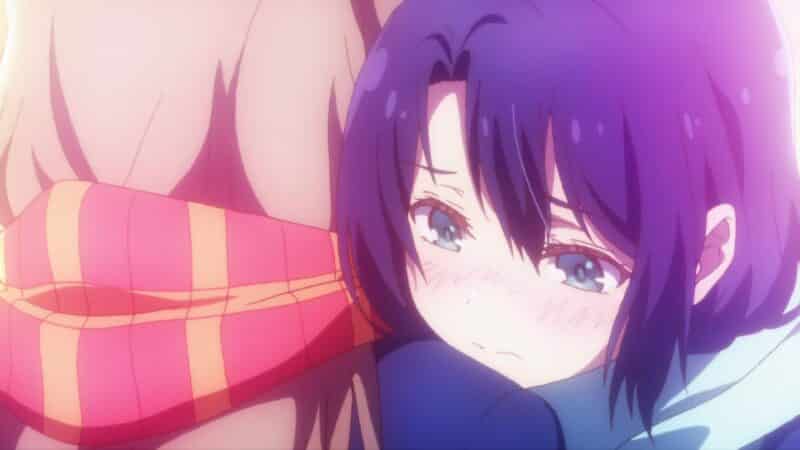 Yet, you could give Adachi grace in terms of her and Shimamura being young and many saying that, when it comes to Adachi and Shimamura’s relationship, this is the most they’ve seen Adachi interact with people. Never mind talk and hang out. So when you have one person fulfilling all your needs as a person, including some kind of maternal role, it’s hard to not act inappropriately.

However, you do see Adachi try to grow and change as she is called out and recognizes her actions are inappropriate. Which makes you adore her more since she doesn’t root herself in her toxicity but try to become better to ear Shimamura’s love.

Keeping that in mind, it makes watching Adachi work on herself, and work up the nerve to express something as small as holding Shimamura’s hand SO CUTE! Mind you, at a pace which, at first, you enjoy because it comes natural. Finding someone who you like is hard, that person being your friend adds to the difficulty, and then there is the question of whether or not you have romantic feelings and if they’ll reciprocate them?

And up until the last few episodes, that dance is very entertaining but with so few anime having a second season, you not seeing progress but an episode when the two barely speak, it is infuriating. Leaving you to wonder if you may get a rushed happy ending, an ellipsis, or watch Adachi be devastated.

In a way, you could look at Nagafuji and Hina and see them as a mirror world Adachi and Shimamura since they are so comfortable and affectionate with one another. Yet, what they might really be is some ecchi fan-service duo that are made more to sensationalize female relationships than look at them with any sense of nuance. For if it isn’t breast touching, semi-nude scenes, or just moments that make you wonder if something is going on, you’re left feeling as if Nagafuji and Hina shouldn’t be taken seriously. 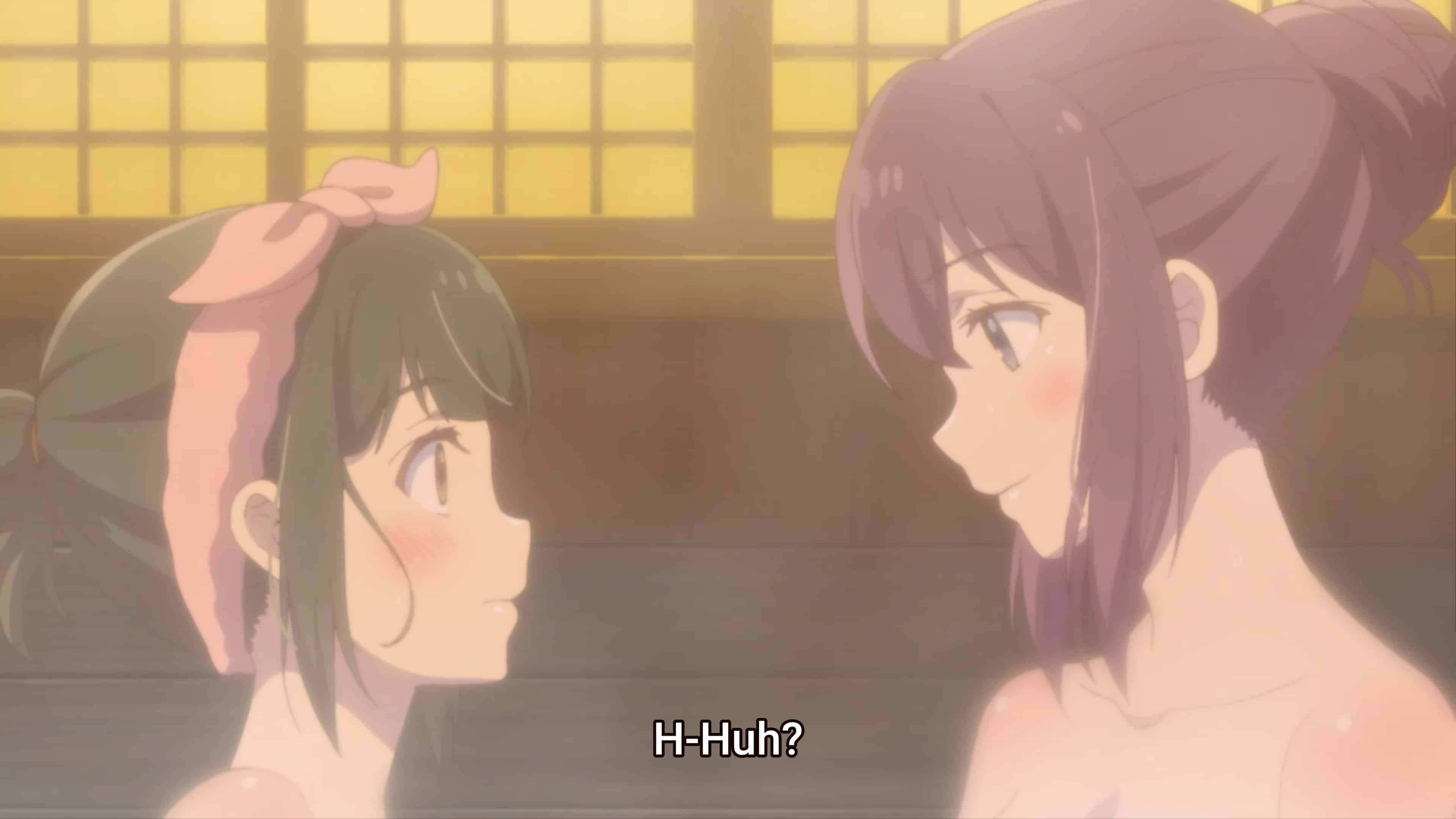 Similar to Nagafuji and Hina, Yashiro’s role on the show is worth raising an eyebrow over. She is this alien looking for someone who, in the beginning, walks around in a spacesuit. After that, she befriends Shimamura’s younger sister and basically just pops up and seems to nevermind the reason we’re told she is on Earth. Leaving you, yet again, wondering, what is the purpose of this character, and am I missing something in regards to what they are supposed to contribute?

Not Diving Deeper Into Adachi’s Relationship With Her Mom

This isn’t to say Adachi’s life is the most fleshed out either. However, with her feeling like the driving force, it makes the minimal, if any, explanation of where her father is curious. Also, though around two episodes address her relationship with her mother, there isn’t progress. Shimamura tells off Haha about how she is as a mother, it is noted, but doesn’t necessarily improve.

Leaving you feeling that the source of Adachi’s dependency and core to her issues goes unexplored, unfixed, and that, like a guy in a romance film, Shimamura ends up tasked with being Adachi’s everything.

With Adachi and Shimamura, you see that many things are universal. Be it the struggle to open up to someone you like, dealing with your baggage so they aren’t tasked with doing so, and learning that just because you have feelings for them, it doesn’t mean you giving your all deserves reciprocation. Which is a lot to say for two teenaged girls but, we all begin somewhere and it is through Adachi and Shimamura’s relationship you see how people developed both good and bad habits.

Making the main reason this is rated mixed is because we’re left unsure of what their relationship becomes, what Nagafuji and Hina’s relationship is, the point of Yashiro, and the show not going deeper. Yet, if you like a mostly sweet, with a dash of ecchi, yuri anime, Adachi and Shimamura has you covered.

Not Diving Deeper Into Adachi's Relationship With Her Mom - 74%

if you like a mostly sweet, with a dash of ecchi, yuri anime, Adachi and Shimamura has you covered.