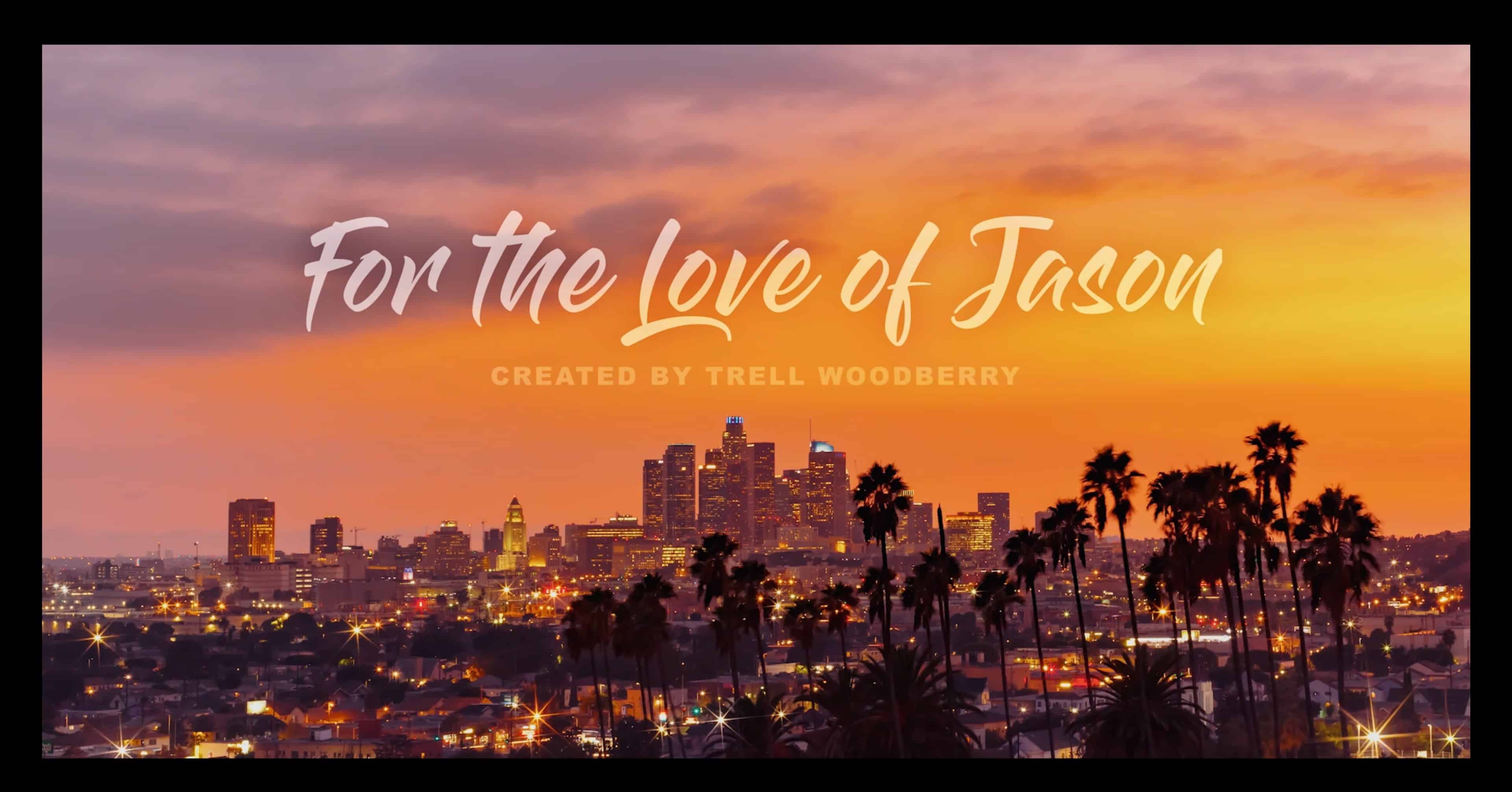 For The Love of Jason has one of the best comedy pilots you may have seen in a l o n g time.

Jason is a young 30 something year old who is single but not necessarily by choice. More so, it is due to his ex, Carmen, who he dated for three years, presenting him the ultimatum of either marriage or breaking up — Jason chose to break up. Thanks to that, he has had a string of uninspiring dates, and now with his best friend Erick getting married and Carmen there, old feelings get stirred up.

But what doesn’t help is everyone is on him about breaking up with Carmen or asking when he will get married. Be it Bryan, his and Erick’s best friend, Patricia, Jason’s mother, hell, even at her wedding to Erick, knowing Carmen’s presence is triggering, Erick’s bride Lisa even asks Jason when he is getting married.

That leads to a huge blow-up that seemingly only Jason’s sister Alexandria and his therapist Shellie seem to understand.

Is that a true feeling, or is that a feeling you allowed society to give you?
— Shellie

There is a fine line between settling and compromising.
— Eric

In the words of flight attendants, secure yourself before you secure others.
— Lacy

There Are Layers To Jason

You could easily write off Jason. Yes, he is in therapy, but then when you hear about his breakup with Carmen and see him flip out on Lisa, it can push you to think he isn’t really trying to do the work. If anything, he is paying Shellie to make that appearance.

However, the way Woodberry plays Jason makes it so his frustrations don’t make him a joke or a jerk, but real. It isn’t clear what caused Jason to not just get engaged to Carmen, but he didn’t. And yet, when they see each other at the wedding, you get this missed opportunity vibe. Not this full-on longing, like Carmen is about to cheat on her fiancé, but this feeling that triggers a memory that leaves you without words.

And to be honest, we appreciate that. If Jason was a hoe laying it low, spreading it wide, and barely dodging STDs and plus sign pregnancy tests, this show wouldn’t work. However, showing this struggle and using some moments for jokes but rooting those jokes in his pain and others, it allows him, and as noted below, people in his life to be very human.

The Supporting Characters You Want To Invest In

What we are presented is one of the rare shows that make it so, when the lead isn’t around, you aren’t longing for them. If anything, you want to stick around with the person who is talking. Be it Lacy, a former child star and divorcee, who is having as much, if not more, dating troubles than Jason. Alongside that is Bryan, who seemingly represents a mirror to Jason’s life, if he did just get engaged to Carmen, and then you have Jason’s sister, Alexandria, who in the year 2020, or maybe 2019, is a closeted, grown, queer woman.

Add in how Lacy paints this idea Erick could have ended up with a streetwalker or IG model if Lisa didn’t come around, and it gives you just enough about everyone to want to peer more behind the curtain.

This Is Really ****ing Funny

Let’s just put it out there, I’ve gone to comedy shows and have been called out by the people on stage for being stoned face like I didn’t come to have a good time. So when I say this is funny, please believe me. For whether it is one scene characters like Marva, who seems like a modern-day Sheneneh, from Martin to moments like Lacy asking Erick, Bryan, and Jason if what is taking them so long is they were having an orgy, you will laugh. Hell, if you got a humor similar to mine, when Jason flips out on Lisa, you may make a sound so loud you might take a pause to see if your neighbors bang on something to let you know you being loud.

Because what you have to appreciate about the pilot for For the Love of Jason, is that it doesn’t feel like it is trying too hard. Rather, it feels true enough to life to relate but embellished enough to be comical.

You know what’s great about finding a show with a few episodes already out? It means that craving you have for more? You can handle it. And with For The Love Of Jason, I feel like we get a male version to HBO’s Insecure or BET+’s Bigger. Something that allows a guy to be messy, yet no less human. Which is a grace extended to their friends and family.

Hence the positive label and recommendation – UMC has, with each new show, gone beyond carving out a niche and has really made it one of those networks you question why people don’t know? Its roster of talent is growing, the production quality shows it is no longer the new kid on the block, and it has definitely reached that point where you can see the brand is beyond just releasing Black programming. Rather, it is about releasing quality programming which has Black talent, both in front of the camera and behind it, who deserved a platform.

The Supporting Characters You Want To Invest In - 85%

You know what's great about finding a show with a few episodes already out? It means that craving you have for more? You can handle it. And with For The Love Of Jason, I feel like we get a male version to HBO's Insecure or BET+'s Bigger. Something that allows a guy to be messy, yet no less human. Which is a grace extended to their friends and family.