by Amari Published: May 21, 2020Last Updated on January 10, 2021
FacebookTwitterPinterestRedditEmail

“Double Cross,” undoubtedly, is one of the strongest shows released under UMC and will undoubtedly help their network gain traction like never before.

Eric and Erica cross, on paper, are twins who took divergent paths. Eric took his intelligence and utilizes it as a noteworthy local dealer and as for Erica? Well, she became a doctor. However, as we go through the 6 episode season, we’re reminded that, while their paths may differ to outsiders, beyond spending time with one another, many times, they do cross. Thus allowing you to understand Eric’s issue is just not liking school and as for Erica? Oh, whether in a white lab coat or with her 00s jacket with the fur collar, don’t get it twisted.

But, what brings them together this season is the local kidnapping of young girls and their involvement in trying to take down those involved. All the while dealing with two cops, Detective Candice and Ryan, who are on their tail as people are murdered or go missing. Let me say, while Ms. Audrey is a bit over the top, she will consistently get a reaction out of you. The way Cammie Middleton plays her will make Ms. Audrey quickly rank as one of your top love to hate characters. Especially as she gives people dirty looks, goes off on them, and when I tell you, halfway through the season, she’ll leave you gasping for air, truly, it’ll make you hope we see more of Middleton on this show. One way or another.

Early on, Erica is the more noteworthy one of the twins but, as time goes on, Eric events things out. The hook with these two is that they don’t settle into a dichotomy of one being urban and the other prim and proper. It is continuously established that Erica is capable of some gangster s***, and Eric is highly intelligent. It’s just both decided to use their intelligence in different ways. And what you may also like is they are ride or die for one another, and even have this cute “Wonder Twins” thing.

Now, as individuals? Erica has a more interesting storyline if we’re speaking about her growth and development as a character. For as seen in the first episode, she snaps, and with establishing there is a dark side to her, it draws you in quick. As for Eric? His focus on the child sex trafficking is his main draw, alongside if you like his body type. 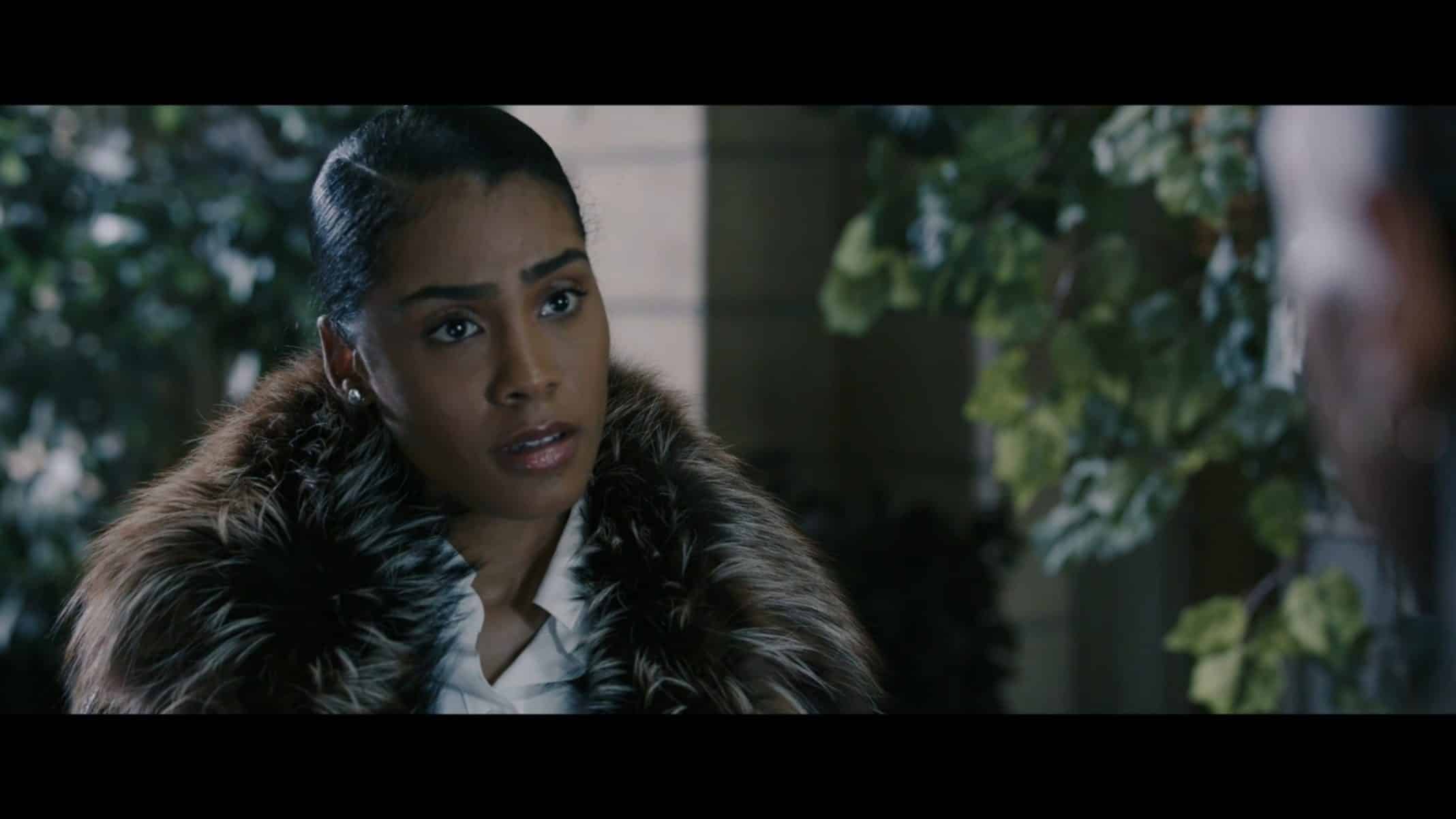 Being that “Double Cross” isn’t a drama, things don’t slow down or get less dramatic when it comes to the kidnapping of a girl named Keisha. If anything, this enhances all of those involved as we witness the heightened emotions of both the kidnappers and those who seek to rescue her. Plus, the kidnapping also helps set up some backstory that leads to a shocking finale we can’t/ won’t get into – but will say you should definitely anticipate.

What we love about Gi is that she is a woman who is dark-skinned, thick, and pulls a man like Eric. On top of that, there is no shame in her game, and she isn’t desexualized. She may not be like Erica with either her breast shown or having her behind out, but they have some lingerie on Gi that’ll make you do a double-take.

And the reason we highlight that is often, unless a woman like Gi is the lead, she doesn’t end up with guys like Eric. She’ll be someone like Ms. Audrey or Candice, in terms of either being desexualized or evil acting. So for her to be the most normal person on this show, that is worth noting.

Let it be known, we don’t like Brian, and we never will. However, credit is due when a character gets a reaction out of you and Brian, and his actor, in extension, know how to get on your last damn nerve. And to Brian and writer Christel Gibson’s credit, Brian isn’t the male version of anyone. He has his own unique means and methods to make you want to see him killed, or at least punched in the face.

The Visual Effects In The Last Episode

This is a show focused on an urban area with cops like Candice who have no issue abusing their authority – so of course, gun violence is in it. However, the visual effects for the gunfight in the last episode, let’s just say you’ll likely side-eye the quality.

The issue with Candice and Ryan is Ryan is relegated to a mentor role and doesn’t expand beyond that. Then with Candice, there is potential there, but her storyline feels rushed. She’s queer, has a troubled past, is an aggressive cop, but not necessarily trying to lock up Black people on general principle. There are layers there that the show isn’t able to fully flesh out. Leaving you feeling like you got the CliffsNotes version of who Candice is and barely feeling like you know Ryan. 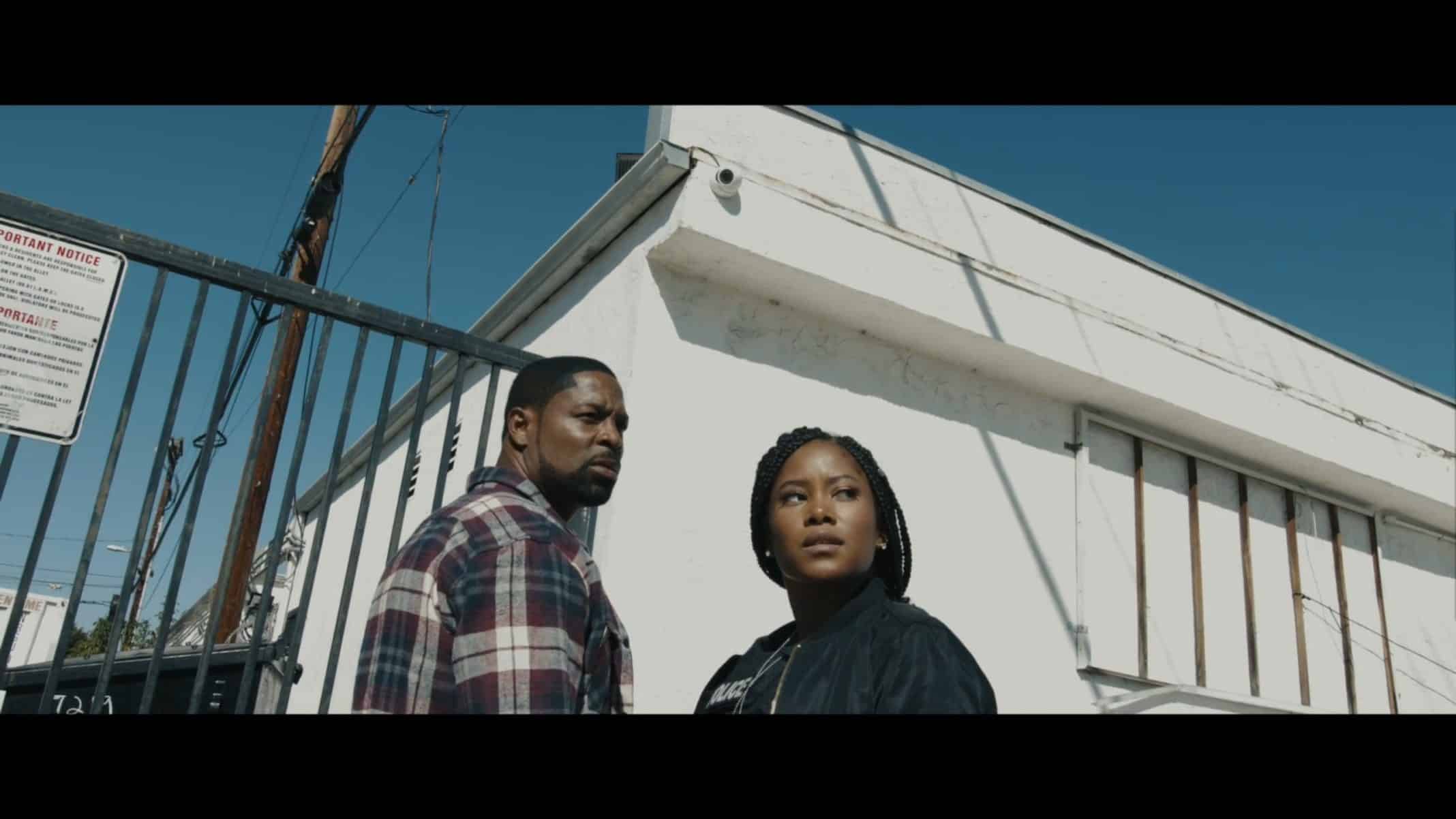 No romance on this show is going to give you butterflies. If it isn’t something titillating, like watching one of the twins have sex or the one time we see Candice with her girlfriend, it’s usually arguments or manipulation. The only exception being Eric and Gi and, to be honest, if Gi wasn’t a big girl, there would be no reason to talk about her or Eric’s relationship. All of them operate on depicting the leads as desirable more than the actors as people with good chemistry.

You May Feel Like You Need to Turn On Subtitles

I genuinely may have hearing issues, I’ll admit it, but there is a part of me that wonders if I missed some information due to not being able to hear what Candice is saying at times, among other characters. For be it the diction or just needing to turn up my monitor higher, there were multiple times, throughout the season, I had to question what they were saying. Prime example, there is a character, Ms. Audrey’s son, who dies and is the catalyst for us meeting Candace and Ryan. I cannot tell you if that man’s name is Izzy, Buzzy, or anything that phonetically sounds the same.

Thanks to UMC, we were able to watch the entire season, and while we generally aren’t fond of binging shows, this is an exception. Between the pace of the show, it always creating a scenario to keep you interested, the characters, and the performances of most, time often would fly by. Hence the positive rating. Outside of some visual effect issues, wishing I had subtitles, and being left wanting more with some, this has been the most entertaining show I’ve binged in a long time.

The Visual Effects In The Last Episode - 63%

You May Feel Like You Need to Turn On Subtitles - 72%

Outside of some visual effect issues, wishing I had subtitles, and being left wanting more with some, this has been the most entertaining show I’ve binged in a long time.