ends its first episode definitely hooking you and making you want to spoil the ending with reading the real story.

After 4 marriages, three kids, and a slew of bad dates, Debra wasn’t sure if there was a “The One” for her. Especially since, taking note what her daughter Veronica says, it seems a lot of those guys were jerks, maybe gold diggers. Then again, Veronica, Ronnie, is very abrasive so they could get her the most rare pocketbook, hand stitch by Coco Chanel, and she might still give them the finger. But, with John, while Veronica doesn’t like him, nor Terra, Debra’s youngest daughter, Debra is in love.

Which becomes a bit of a problem because Debra is a bit of a pushover and that coerces Veronica and Terra to try to wake her up from her stupor. Unfortunately, though, John has wiggled his way in and has made it so their warnings fall on death ears. Something that, in the long run, might have deadly consequences. 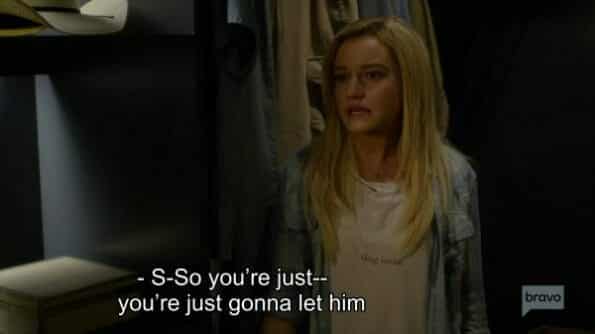 I do not fully understand Ronnie and Debra’s beef, but it is the most consistently interesting thing on this show. I’m not sure why but Debra trying to manage Ronnie’s feelings, Terra’s too later on, just has me with my chin on my fist, waiting for Veronica to send her mother into tears. Maybe for Debra to smack her daughter. Which I know is terrible to say, but Veronica is that type of character who comes into a room and, like a reality TV star, her being in the scene means you know something is about to go down. The only thing to question is when and with who?’

So when Terra joins her side, especially being against John, that validation adds fuel to her fire. Leading to, when it comes to the need to question who seemingly is bleeding out at the beginning of the show, you know it has to be Veronica. John talks about how kids would get slapped in his day, and he seems a bit off. Not to forget, he is an anesthesiologist. So he has the tools to do some messed up stuff here. Not to say Debra might not end up being the victim, considering John mentions being in debt, but you never know?

Which I say noting this is based off a real story so there is a need to walk the line a bit.

It Feels Like John Played His Hand Too Early

Again, taking note this is based on a real story, there is the need to wonder why John being shown as a potential bad guy, someone to worry about, was established in episode 1? The ambiguity of the early part of the episode, when he wasn’t sure if Debra was about that hookup life or not, that seemed like a good place to be. You know, stretch out the question of whether or not he was, or is, a psychopath. That is, rather than have him come off really nice at first and by the end of the episode making it seem he is capable of causing great pain to Debra and her kids.

After all, this is an 8-episode series. Why make the catalyst for the death which is teased seem so obvious early on? Unless there is a twist or something involved. Which, considering, again, based on a real story, kind of makes the situation uncomfortable.

Veronica Has The Potential To Get Annoying 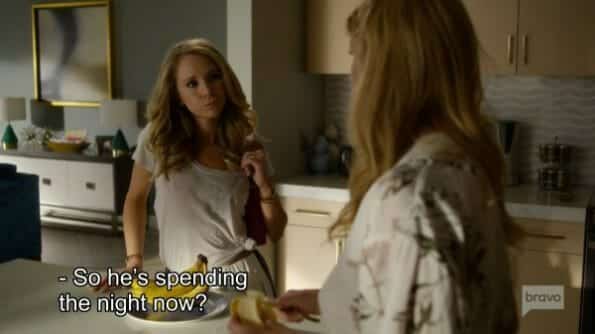 Juno Temple makes Veronica someone you love to hate. She has this villain persona yet you know, most of the time, she is in the right. However, being that Debra comes off as such a victim, and exasperated, it makes it so Veronica pushing bowls off tables, and having that reality star persona gets old – real quick. Especially since she isn’t given anything redeemable to bring you back to her side, outside of John slowly becoming a douche.

I mean, she is nice to her brother and his kid, while ignoring his wife. Also, she is sort of nice to her grandma, but you get the vibe it is because they know to not pester her too much. Not because she has a good relationship with them.

The worry with this show is that it may peak early on and then the few things which make it seem good, like Veronica’s attitude, will become one of the worse parts of the show. Giving it nothing more than it being based off a true story to live off of. Which, as seen with countless movies and shows, having that bit of advertisement doesn’t mean quality. It just means commercializing tragedies don’t always mean big money business.

Yet, I gotta admit, with knowing it’ll only be 8 episodes, there is a need to note it won’t be a long commitment. Add in the trailer being far more promising than the pilot, and you get why this is being labeled mixed (stick around). The pilot has just enough to hook you but, at the same time, there is far more that could go wrong with this show than go right. So it requires a little bit of faith.