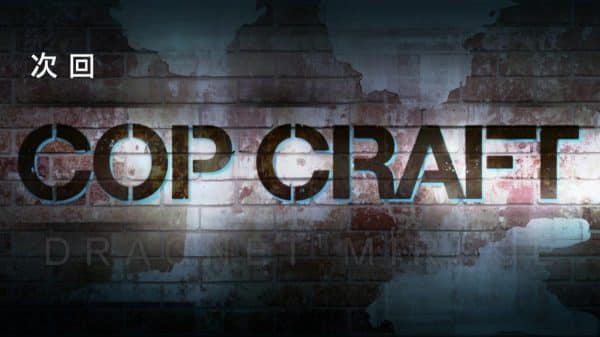 Cop Craft drops you right in, with just enough to know what is going on, and that might be the best and worst part of the pilot.

In the city of San Teresa, Kariaena Island, it was a normal day for Kei. At least, as normal as things can be after, 15 years ago, a gate opened up that let out faeries, among others. Of which, at this point, at least 2 million of them now call San Teresa home or their playground. Hence why Kei, a member of a special unit, finds his normal to be trying to save faeries from kidnappings and dealing with other crimes. However, on what should have been a routine sting, his partner’s neck gets broken and rather than avenge his partner of four years, he is stuck with this faery noble. Someone of the Farbani kingdom.

Who? Well, her name is damn near a paragraph, but she goes by Tilarna for short. She is a knight who, with the faery stolen a noble, is taking advantage of the treaty signed between humans and the fae long ago. One which Kei, a veteran of that war, probably isn’t too happy was signed due to him being coerced to worry about the stolen fae more than the person who murdered his partner. Yet, who better than a noble fae to find someone who can crush a human’s neck and lift a grown man in the air right?

At least, that might have been the original idea until Kei learns Tilarna is overtly curious, knows nothing about humanity, and is more action than talk. Which, long term, will surely complicate things.

World Building On A Whole Other Level

A lot of fantasy shows we cover drop tidbits throughout which lets you know there is a much larger world than the show is likely ever to cover. However, unlike those shows, Cop Craft hits the ground running. We’re not following some guy dropped into this world suddenly or, like Gate the introduction of a new world or dimension is new. We’re 15 years in and it shows.

Be it how the humans now have special task force dedicated to the fae, treaties drawn up committing to peaceful interactions, and that’s just on the large scale. On the smaller scale we have gangs set up, places like the Lady Chapel, it being clear Kei isn’t a young buck but knows most of the people he interacts with. Which happens to include eccentric characters like O’Neil, a fake priest, among others. Really pushing the idea this world didn’t just begin due to us showing up. Which feels vastly different.

One of the issues you may run into with Cop Craft is that in it treating its world as a living and breathing one, it doesn’t handhold much so you can get acclimated. Making it so between learning names, getting a sense of the culture, and how things work, you could be easily steamrolled. Not to the point you have to watch the episode again to know what is happening, but it definitely will feel a bit more polarizing than it should since it almost has that attitude of you either like it or not. There isn’t a middle since everything is laid out to be so specific and not made for the general, or casual, anime fandom.

I’m not going to lie, between the commercials and just feeling like a whole lot was going on, I didn’t watch this in one sitting. Especially since Tilarna was kind of annoying. However, once the action scenes came towards the end, and it wasn’t just focused on building out the world but focusing on Tilarna and Kei’s case, I felt back in tune with Shouji’s vision. Which, fingers crossed, remains as the show goes on. For between it respecting the fact the world is complex, as are its characters, and we are getting a case which seems like it will be a proper arc, there is a lot to love here. Here is just hoping it doesn’t leave people on that thin line between love and hate.

World Building On A Whole Other Level - 90%