Wherever I Look
Recaps, Reviews, and So Much More
Home Movies Widows – Summary/ Review (with Spoilers)
Movies

Widows pushes the need to question, what would it be like if those who made art house and Oscar-caliber films ventures outside their comfort zone – and succeeded.

Table of Contents show
1 Summary (Ending on 2nd Page)
1.1 Question(s) Left Unanswered
2 Highlights
2.1 Minor: The Way Time Is Handled
2.2 Michelle Rodriguez
2.3 It Pushes Action Movies To Do Better
3 On The Fence
3.1 No One Asked Any Questions?
3.2 The Thereafter
3.3 Davis Produced What You Expect
4 Overall: Positive (Worth Seeing) | Purchase Or Rent On (Fandango/ Amazon)
5 Follow Wherever I Look on Twitter and Like us on Facebook.

It’s 2008 and local elections are heating up. They’re not supposed to though. Jack’s family, the Mulligans, have been aldermen of the 18th ward of Chicago for generations. Making their family very rich. Something local hustler, Jamal Manning, takes note of for at the age of 37, he is getting tired of having to worry about cops or his own people. He wants more.

Thus bringing us into the story dealing with Harry Rawlings and how, eventually, his wife Veronica picks up where he left off. Harry did a job for Jack which apparently went wrong and Jack cleans his hands of it. This leaves Veronica with no choice but to take note of Harry’s notebook, filled with every single plan he ever had, and execute the next one. Not because she is hurting for money, she and Harry lived well. The issue at hand is Harry stole millions from Jamal, 2 million specifically, and Veronica is expected, in a month, to get it back.

So, to get the job done, she uses the notebook, coerces loyalty from the widows of Harry’s team, Linda and Alice, not Jimmy’s, to help her – or she’ll give their names and locations up. Linda adds in Belle, her babysitter, into the mix and that’s the team. Now, as for how the plan goes, if someone dies, and if there are any twists, turns, snitches or betrayals? Well, you’ll have to check the movie out for that.

Minor: The Way Time Is Handled

This movie is on a time crunch – a month to be exact. A lot of films, when time is of the essence, present a title card to note there are two days, two weeks, 5 hours, etc left. In this film, it is just naturally integrated into the dialog. Thus allowing you to understand the passage of time. A minor thing I liked for it didn’t interrupt the flow of the movie.

Like many, I’m sure, Michelle Rodriguez I have always seen as the badass Latina who is not one to f*** with. Also, I’d argue, because that type of character was persistently making her money, she didn’t find the need to challenge herself as an actress. After all, not everyone is in the game to be praised for their performance, win Oscars, and all that. Many just love being on set, kicking ass, and cashing checks. There’s nothing wrong with that.

However, as Melinda, shortened to Linda, Rodriguez brings that familiar persona but allows herself to fight for something beyond respect. Also, go beyond having a character who is treated and seen as one of the guys. She is simply a woman, a single mom, doing as they always have – whatever it takes to give their kids a better life than they had. Which, if it must be doing an armed robbery, what the kids don’t know won’t hurt them. The point is to maintain custody, make sure they have a roof over the heads, access to food, and electricity. They may not understand when they first learn the truth the whys of it, but they’ll get it in time.

Which is all to say, while maybe not Rodriguez’s most vulnerable role, it is a different side of the character we usually see. Making it so you feel the need to expect more and better from her since now it is clear she can take things beyond showing up, whipping ass, knowing her lines, and collecting a check. Something that, again, there is nothing wrong with if you do it well and consistently, but this film shows she can definitely go beyond those expectations.

It Pushes Action Movies To Do Better

Though the trailer pushes bullets, explosions, and threats, the film sparingly uses violence. It flips the way most action movies are done by making those type of scenes special. The story isn’t made to be part of the cool down after a big chase or fight sequence, it is the point of you seeing the movie. You getting to know Alice, who has been crapped on all her life; Linda, who is treated as the source of all her mother in law’s woes; and Veronica, who is another character Viola Davis plays which has a crappy white husband, is what makes the movie. You get invested in them, scared for them, not because of how violent Jatemme is shown to be, but because of their story.

In a way, it is like how Logan challenged comic book adaptations to not be all about visual effects but actually challenge the actors to do more than be charismatic and tell jokes. Especially in the MCU. What Widows does, in comparison, is challenge future action films to not set aside character development for sequels. To not make the story just a means to segue action sequences, but truly push your actors into playing people. That is, as opposed to having the stunt actors be the true stars just without the fame and 0s in their paychecks.

No One Asked Any Questions?

I don’t know about you, but I’d think, especially in the case of Linda, if someone was consistently going out in the middle of the night, I’d be asking questions. Yet, no kid asks anything, Linda’s mother in law doesn’t confront her, and neither does Belle’s mother. Granted, it is only three or four times and, in Belle’s case, it seems she rarely turns down money. However, considering Linda likely ran the store, came home, and raised her kids, no one questions her going out mad late in the middle of the week?

Let’s take note, without spoiling the ending, these women knew just enough to pull off a job. Question is, how were they exactly going to handle around a million apiece? You can’t just drop that into a bank. Yeah, Linda had a dress business but with her losing that, they can’t clean the money through that so, what exactly was the plan? Keep it in their mattress and pull from it when needed? Also, who was to say that if Jamal got his money he wouldn’t ask for more? There are some things that go unanswered that may not be major, but do leave you having a, “Wait a minute…” type of thought.

Davis Produced What You Expect Viola Davis needs to do a comedy or horror film. At this point, while you must respect the talent and consistency, she is in a similar rut to what Rodriguez was. The only difference being, since she is in Oscar-caliber, and winning, films, her rut is seen as respectable. However, as a viewer, fan even, I’m starting to feel bored by her playing these tortured characters with terrible husbands and families.

A trope that I get that is the story of many people. It’s just, I feel like she brings the same exasperated look and no one gives her something to spruce it up. She isn’t given some jokes or one-liners to tell. All Davis does is seem like the most miserable person in the room, no matter what. I’m talking, despite Veronica being the most well off, you’d think she had it worse than Alice who is working as an escort and Linda who is just living day by day – struggling. 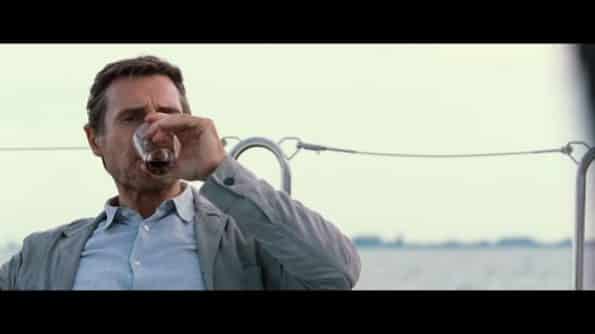 While Widows definitely deserves a pedestal, I feel like the main reason this is worth seeing is simply because it tries to do something different. It isn’t yet another comic book adaptation, a remake, or an idea which feels recycled over and over. Yet, in that praise, you have to recognize what makes this so great is a lazy and fearful industry than perhaps the movie itself.

However, even with that said, this is being rated positive for it follows Logan

in pushing the idea that films like this don’t need to rely on the same blueprint we always see. It doesn’t need to follow the same formula that has been done to death, and that women can lead an original movie without having it connected to a well-known property. Add in a script which may not feel Oscar caliber, but definitely gives you more than what you expect out of the genre, some actors even, and you got something worth seeing.