Who We Are Now – Recap/ Review (with Spoilers)

Who We Are Now presents a spotlight on Julianne Nicholson which she uses to show her undeniable talent and to challenge your perception of Emma Roberts.

Table of Contents show
1 Summary
1.1 Other Noteworthy Facts & Moments
1.2 Question(s) Left Unanswered
1.3 Collected Quote(s) or .Gifs
2 Highlights
2.1 Julianne Nicholson as Beth
3 On The Fence
3.1 Emma Roberts as Jess
3.2 The Ending Does Feel A Bit Abrupt & Lacking In Closure
4 Overall: Positive (Worth Seeing)
5 Follow Wherever I Look on Twitter, Like us on Facebook and Subscribe to the YouTube Channel.
5.1 Check Out Other Movie Reviews

It has been about 10 years since Beth went to jail for manslaughter and with her getting out early, on good behavior, as with most ex-cons, what she wants is normalcy. A chance to salvage what she can of her old life and move onto a new one. The problem is, the thing, or rather person, she is trying to salvage from her old life is her son. Someone who sees her as the aunt who barely was in his life vs. his mother. This is all thanks to Gabby and her husband Sam who, when Beth went into prison, became Alec’s legal guardian.

Yet, that was just to be temporary. However, now Gabby wants to make that possibly permanent. So, Beth turns to Carlos and eventually finds Jess taking her case to help her. Though, with all the baggage she has, and Gabby ready to go to court for custody, never mind litigating between lawyers, Beth questions not only if this fight she can win but is it one she can win without fighting dirty.

When you’re gonna punch someone bigger than you, you get one chance. You have to make it a good one. 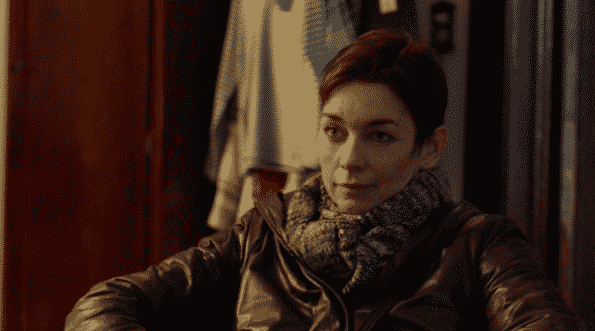 Since Masters of Sex, while Nicholson may not have been the actress whose name I sought out, her being in a film I was iffy about was a deciding factor. Like with this film. For, as seen in her role as Dr. Lillian DePaul, there is this scrappiness to her. Like a fighting dog who has taken a lick but won’t stop coming for more, that you have to love about her. Especially in a role like Beth because Beth is basically backed into a corner. She did her time, took therapy, and just wants her kid and arguably even her sister back. Especially since, with their mom dead, all they may have is each other. Yet, she gets fought and left alone and forced to seek strangers for company.

One stranger being Emma Robert’s character Jess and there is a serious need to mention Roberts because Nicholson challenges her in ways we don’t often see other actors do. For there are a handful of way lead actors make use of their co-stars. They can use them as crutches, like we see with T’Challa in Black Panther, where the co-stars compensate for a meh lead; they can play a complementary role which boosts them up, like we see with Amy Adams and Sophia Lillis in Sharp Objects; and then there are relationships like we see in Who We Are Now. Where the lead is fully established and challenges their co-stars to keep up. Forces them to bring their best and act like they are the challenger for a title. Thus making it where they both bring the best out of one another. That is what Nicholson brings out of Roberts.

Through Beth struggling with Gabby and finding her new normal, she takes this character who honestly could have been really annoying and pushes Roberts to make Jess essential. To help push her, as in Nicholson, to dig deep into Beth’s troubles and make it so we can understand why, despite knowing some things about Gabby which could change the tides, she doesn’t go there. For it is something about Jess’ need for a win and Beth’s need to feel like she can regain something she lost in the last 10 years that drives them both to noteworthy performances. 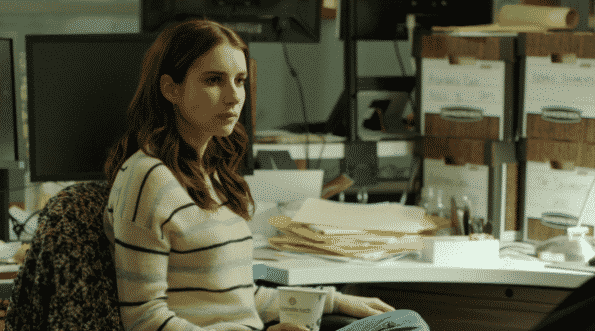 While I feel the need to admit I’m an Emma Roberts fan, I also must admit that I dislike how much it seems, in the indie movies she often plays, she is given shoddy characters. What I mean by this is, they are the type of characters who seem bloated for the sole point of exploiting the fact Roberts is often the most famous person in the movie. Such is the case with Who We Are Now by featuring the drama there is between her and her mom played by Lea Thompson.

In that subplot, there is nothing really interesting there. There isn’t a full arc. She and her mom beef a lot because they are two completely different people. Her mom is some kind of actress and a bit more self-centered than Jess who pursued the type of job she has, defending people like Beth, to use her degree for good. There is no reconciliation between these two or any real dive into their issues. It just is and while their beef being presented like that comes off authentic, it also seems like something done just to juice up the role a bit. Not to add anything to make the drama of storyline for Jess or the movie better, but simply to make the role more attractive for Roberts.

Which honestly feels unnecessary for her playing off Smitts and dealing with her client Maria, that seemed good enough. She was a girl with something to prove, who wanted to be some sort of savior and comes to the point she’d even be willing to fight dirty for a win. That is what makes the character interesting. Alongside the aforementioned scenes with Nicholson which help bring out a side to Roberts beyond her recent roles for Ryan Murphy. Of which are nothing to sneeze at, for they are the reason her role seems expanded, but are geared more so towards being an entertainer than an actress.

The Ending Does Feel A Bit Abrupt & Lacking In Closure

Without giving too much away, you’ll notice that the last thing Beth really wants to do is be in a courtroom again and she avoids even using lawyers to talk when she can. So when it comes to the ending, while not a shock, it does leave you wondering what ultimately happened when it came to Beth’s role in Alec’s life.

I won’t say I’m mad at myself for not seeing this in theaters when it came out because, this is a movie which doesn’t need a theater environment to enjoy. It has the type of engagement most movies don’t have so if you are in the comfort of your own home, you’re not going to pause this and find yourself distracted. Which is a surprise since, as much as Beth and Peter have their moments of yelling, cursing, and Peter gets violent, it isn’t a bells and whistles kind of movie. It is about performance and Nicholson gives us the type which may not be remembered by the time award season comes around, but definitely continues to build the resume to make it clear she will be on that stage within the next few years.

Hence the positive label for whether it is her performance or what she brings out in her peers, you can’t help but be enraptured by Nicholson and through her, this movie. Even as we deal with Jess’ family drama which brings nothing to the table.