Sharp Objects, like many an HBO mini-series before, reminds you why the network is the anti-Netflix by focusing on quality over quantity.

It’s June 2017 and reporter Camille Preaker finds herself with beat dealing with a local missing girl. One which follows a girl being strangled the August before. But, what makes this job different, particularly for Camille, is that it is in her hometown of Wind Gap, Missouri. A place she has long moved from and even though her mom, Adora, and little sister, Amma, are still there, she hasn’t spoken to either in months. Heck, Amma barely knows what her half older sister, by at least a decade, looks like.

But her estranged family isn’t the only thing which makes returning home difficult. There seems to be a lot of bad memories in Wind Gap. Some good ones too, but thanks to the life and death of Camille’s sister Marian, it is all a mixed bag. Well, that and other things which likely will be revealed to us in time.

As for the job Camille’s boss, Curry, assigned? Well, with Wind Gap being a small town of 2,000, naturally they don’t like an outsider stirring the pot. For even if Camille grew up in town, she also abandoned it the first chance she got. However, while Chief Vickery is mum to the case of Natalie Keen and Ann Nash, Detective Willis may be a bit more malleable. Plus, there is also Bob Nash who opens up, until he believes he is being judged.

Thus laying down the foundation for an article which is definitely going to take some time. For between Adora not being fond of Camille wanting to pick with people in mourning, a town filled with people who mostly keep to themselves, Camille’s drinking problem, and a past which haunts her, she has quite a lot to work through. Similar to Viola Davis in a way, Adams has a real knack for presenting a characters strength while presenting such a vulnerability behind their eyes. For as much as we can see Camille’s various traumas have hardened her, as well as how being a functioning alcoholic has numb her in a way, you cannot deny she seems on the edge of tears, if not a full-fledged breakdown, moment to moment.

The Past Is A Companion Story To The Present

Camille’s past is used in a similar manner to movies like Philomena. The past isn’t simply a tool to add onto the mystery of how Camille came to be. Sophia Lillis, known previous for her role in IT, is given enough footing where she seems to be her own person. To be someone with her own troubles, which of course evolve into Adams’ take on the character, but whether we’re talking about Camille’s first experiences with trauma, like losing her sister, or seeing she once was a happy child, it makes you hope Lillis isn’t just a guest for the first episode then tapers off as the present day mystery unfolds.

And, speaking of more modern times, the dynamic between Adora and adult Camille is rather intriguing. From her calling her own daughter a guest, as if she doesn’t have a room in the house, to them not talking in months, it makes you wonder what fractured this relationship? Though there was a certain fear growing up, it seemed to be the kind you would have for any matriarch. Yet, now they are weirdly distant.

Now, as for why the word “weirdly?” Well, it is because you don’t get your usual passive-aggressiveness when it comes to Adora. Though Amma clues us in that Adora finding her eldest daughter incorrigible, it isn’t clear if that is the root of their issues. That maybe she just wanted a nice daughter who had strong family and Midwestern values. Small town values, if you will. Yet, sometime in her teen or adult years, that went to manure. It isn’t clear if that is the problem here.

However, considering Amma makes it sound like she is, or wants to, walk in Camille’s footsteps, seemingly through her we may learn how the problems began. Granted, Amma, who is a little bit of a mystery herself, is playing the game so at least her mom thinks she did things right this time. However, she outright says she and Camille are just the same. Leading you to wonder, issues with mother aside, why isn’t Amma and Camille close? Are there issues there as well or did Adora just worry she’ll be a bad influence? Maybe to the point of keeping the two from even contacting one another through social and electronic platforms?

The Murder Mystery Doesn’t Really Get Your Wheels Turning – Yet Though we hear about dead bodies, see how it affects the town, and see an actual dead girl, the whole murder mystery is such an afterthought. You’ll find yourself thinking more about the mystery which is Camille’s life, especially as you see all these scars on her body, than worrying about who this serial killer may be.

But it doesn’t help that we don’t get much in the way of characters to point fingers at. Unlike Ozark or even Hotel Beau Séjour, it isn’t like we are set up with a bunch of fascinating characters who instantly draw your magnifying glass. Even in terms of Camille, what is more interesting is what has happened to her and what she has done to herself. Not necessarily her personality. Which spreads out to the rest of the characters whose circumstances can be interesting, but as for you thinking, “Maybe Bob Nash did it because of how weird he is” or something like that? Maybe thinking there is a cover-up involved? While you may come up with theories, it might not be a pressing priority. 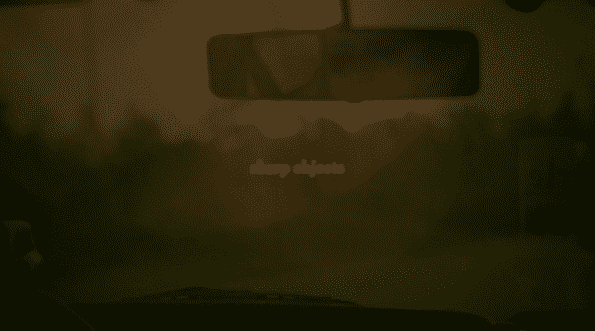 Being that this is a Gillian Flynn

adaptation, which means expectations are at a Gone Girl level, there is a serious expectation for some kind of out there twist. Out there not in terms of coming from left field, but something unexpected. Like maybe Amma being the serial killer or something – I don’t know. But to be honest, the murder is the least interesting thing here. If anything, it is the relationship dynamics and with that, I feel when the expected twist comes, the shock won’t just be about what it is, but how it also messes how you feel about a certain character.

Hence the initial positive impression for even though the characters are more so made interesting by what happened to them than their personality, they are the type who can grow on you. Making it where the pending shock could hit harder since your attachment wasn’t shallow and instant but was built over the matter of weeks.