Boredom can lead to the most inane activities, but it leads to a shocking discovery for Adam.

As a joke, Veronica and her neighbor like messing with people, and Veronica’s latest joke is filing a complaint with a milk company. One that takes their complaints a little too seriously, as shown by Adam showing up to address said complaint. But as Veronica, and her friend April, slowly but surely reveal they were taking a piss, so comes the question of how the highly stressed Adam will handle these two eccentrics? 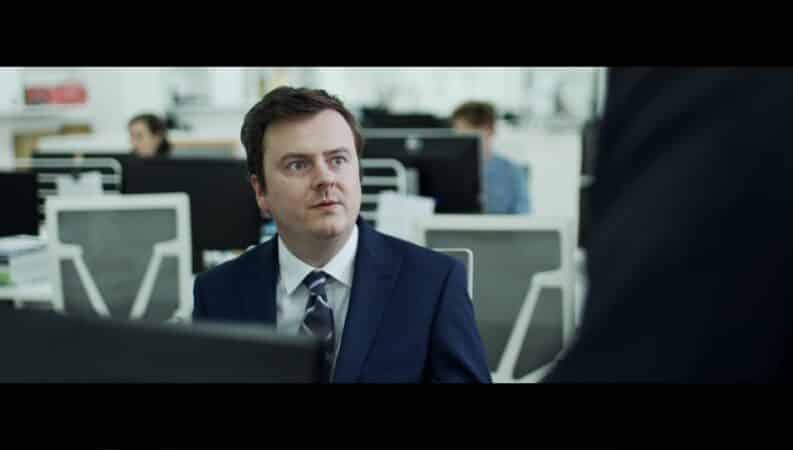 Adam (Olive Maltman) at his desk

With the recent passing of his mother, and his employer making it seem he abandoned his post to handle her burial, Adam is on edge. Especially since he is expected to expeditiously handle a complaint made by Veronica Fitzgerald before the close of business. A task that will be difficult due to Veronica clearly being eccentric.

Veronica is young, enjoys a nice set of Crocs, and often visits and gets into mischief with her neighbor April. However, things are a bit different this time since no one was expected to show up because of her complaint. But that just makes messing with Adam all the more fun.

April has high-quality taste, far beyond what Veronica is into, but finds Veronica fun, for she is spirited, cheeky, and knows how to have a good time. Which makes her the perfect partner for mischief, even when it leads to people showing up on April’s doorstep.

Tiny Cow is the type of short where you’re drawn in because of who is in it, for us, it was Patricia Allison, and you stick around due to them than what is presented. Mind you, Tiny Cow is peculiar, in a good way, but it is the kind of peculiar that makes you want to watch interviews or see a Q&A to understand the thought behind this. For on its own, all you can think about is, “What the hell did I just watch?” and question if it was worth it. Taking it further, a part of me just wants to know about April and Veronica’s relationship, which seems firm, and what other hijinks have they gotten into? Much less, have they had better pranks, I guess you can say, than the one they performed on Adam? Because this seems almost like a skit from a larger show that has its audience, but pretty much you’d either think this is bloody hilarious or so obscure you can’t even fathom the niche market it appeals to.

Tiny Cow feels like a clip from a show your friend recommended because they think it’s hilarious, but when you watch it, you don’t get it. Not because it is bad, but its style of humor doesn’t align with yours so, there is a disconnect. 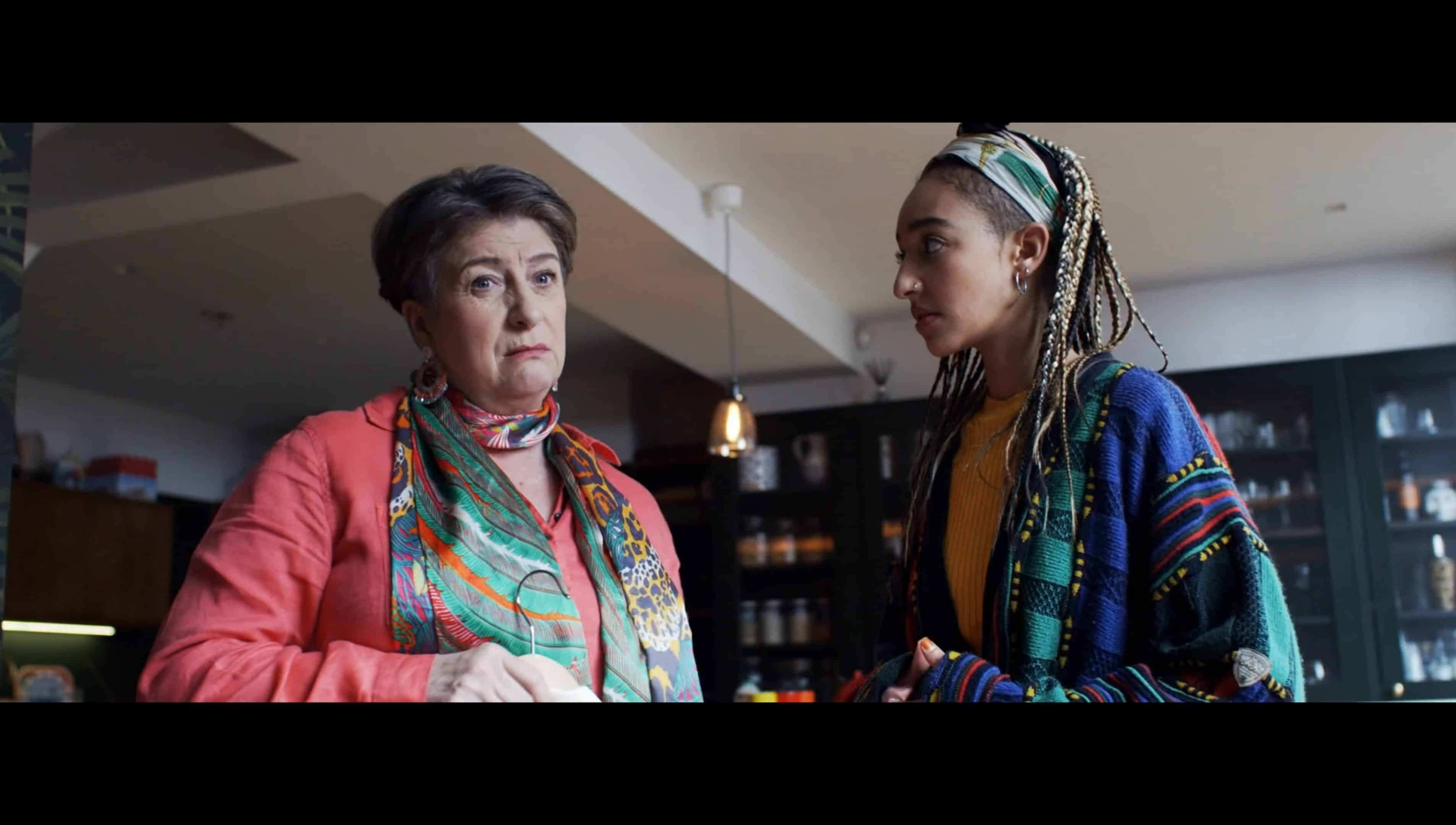 Tiny Cow (2021) – Review/Summary (with Spoilers)
Who Is This For?
Those who like watching people behave badly at the expense of others.
Highlights
Low Points/ On The Fence
It's Charmingly Weird
77
You Might Be Interested In