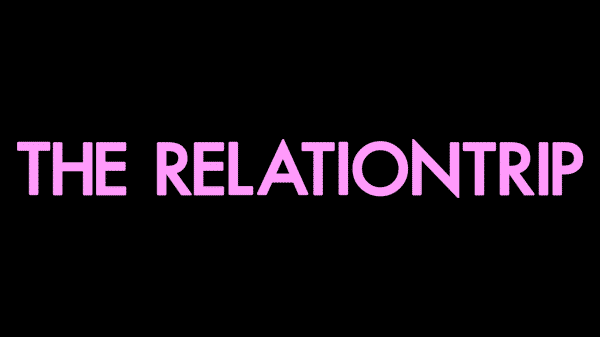 Over the course of a weekend, two people, both dealing with issues that ruined past relationships, go through every stage of love in a brilliantly weird and comical way.

Two likely 20, maybe early 30, somethings, Liam and Beck have found themselves becoming 3rd wheels in their friendships. Making for their chance meeting not coming soon enough. However, considering the issues of past relationship, they want to try to keep things as friends. But, with going on a trip together, renting some home in the middle of the desert, they find themselves quickly falling for one another. Not in a, let’s stare at the moon and be cheesy kind of way, but them both appreciating the other person’s eccentricities.

But, eventually the mask has to come off and insecurities have to be exposed. Leaving you to wonder, for this couple who you have fallen madly in love with, will mommy issues and a puppet ruin it all?

You know how a lot of people, movies, or actors use the word quirky and it seems like they are just afraid to use hipster? Yeah, this isn’t that type of movie and Liam and Beck are not that kind of couple. These two are legitimately weird but it is in a genuine and adorable way. It begins just with her gracing his skin before their trip and goes full force when they are roleplaying being at a Catholic school dance. From there, it almost becomes hard to tell if you should take what is going on serious or not. Just because, while following your general romance film trajectory, they kind of twist things in a way that you have to think about it to get it.

For example, the honeymoon phase includes him making eggs for her, she making coffee for him, and then the next thing you know they are taking off each other’s faces. Well, a face mask, and then she reveals she doesn’t eat eggs and he reveals he doesn’t drink coffee – BING! They are taking off their masks and no longer being who the other person would want them to be but themselves. Makes sense.

This continues and really becomes something both zany and comical. Especially as we see a huge and overbearing presence, Liam’s mom, and also Beck’s negative thoughts played by puppet Chippy. Someone who is downright abusive. However, it is the only consistent thing in Beck’s life so, it is hard to get rid of him. And really, even when it comes to the part where they have this unsurmountable issue and you wonder if they may break up, it is done in such a way that it doesn’t bother you how corny it kind of is.

Especially since you have already fallen in love with the idea of them being together. So, with that in mind, it brings you solace in that, while the film is eccentric in design, it’ll hopefully end like most romance movies do.

The Weirdness of the Movie

There are going to be times when you might wonder, “Is this a dream sequence” or “Are they being serious right now?” and that probably will be part of the appeal for you. When the relationship is going south, Chippy is talking mad s*** and Liam has them go to tent therapy and Dr. Lupschweiss is there, you’ll probably be tickled but a bit confused. Then again, Chippy, in general, is going to throw you off in such a way that either you will be stone cold stuck in thinking, “What the f***?!” or cracking up, even as he says the most terrible things. For this movie somehow perfects the idea of being absurd without, somehow, going over the top and entering campy or like it is trying to be a pure comedy.

There are a lot of indie movies which get picked up for millions of dollars after they premiere at film festivals and yet this one wasn’t bought and touted as a big summer release? In my mind, while I want to bring up 500 Days of Summer

, since that has become the quintessential quirky romance movie, this film gives that movie a “THIS IS SPARTA” kick off the pedestal and sits there comfortable – with a peanut butter and jelly sandwich.

For what The Relationtrip does is use the tried and true baseline of romance movies just to have something to keep it from going too far off the beaten path. Something to, as it goes to wonderfully weird places, not make you feel this was made for indie movie audiences but could be watched by anyone. Especially those who love romance but have become tired of them all being the same.

Hence the positive label, and recommendation. This film recognizes you can’t remake the wheel but you can have it go in a different direction and change the style of it. Thus giving us a couple you instantly fall for, comedic moments which sometimes maybe inappropriate to laugh at, but you can’t help it, and a whirlwind romance which, while a bit absurd, doesn’t lose you in its pleasant ridiculousness. For somehow, there is a finely tuned balance. One which will probably push you to want to show people this movie just to see their reaction and for you to fall in love with Liam and Beck all over again.

Final plays are made to survive in Omar’s cartel, and the person whose play didn’t work, they die.
Read more