With twists, flinch-worthy action, comedic moments, and a quality story, this Maggie Q vehicle makes you question why hasn’t she been the star of more action films?

Since she was a child, Anna has lived and been under the tutelage of a worldwide assassin named Moody. In fact, their friendship has lasted over 30 years. That’s why when Moody looks into a person named David Hayes and seems to die due to his efforts, Anna decides to get answers and drop whatever body gets in the way of that.

Unfortunately for many, like Rembrandt, that means not getting to know the person who clearly has spent way too much time under Moody. But, when someone decides to stick their nose in places it doesn’t belong, you can try to distract them as much as you can, and when that doesn’t work, you may have to kill them.

Lives Up To Premise/ Trailer

This is most definitely an action-packed film that is filled with dry humor and excellent dynamics between Michael Keaton, Maggie Q, and Samuel L. Jackson.

The Protégé keeps it simple. A mentor got killed, the mentee looks to find out why, and a man protecting his boss, who likes the mentee, tries to persuade her to drop her pursuit and her panties.

While there are two notable twists, they aren’t built up and made to be jaw-dropping. More so, they are twists to get a quick pop, and then you move on swiftly.

I’m fully aware Maggie Q has had a slew of jobs since, Nikita, of which we’d covered quite a few. However, as someone who doesn’t see a whole lot of commercials, it seemed like, after Nikita ended, Maggie Q would pop up but not be the lead/star she proved herself to be. She’d be the pleasant surprise in a supporting role or part of an ensemble cast. This is why The Protégé feels like a reminder of what we have been missing and what should have happened almost a decade ago.

Granted, maybe Q didn’t want to become typecast as some action hero or femme fatale type? I get it. But there is no denying that it comes at such an ease for her that she could easily do it while being much more than a woman who happens to know how to kick ass.

Not all of Samuel L. Jackson’s movies are good, but Samuel L. Jackson is good in all of his movies. One of the reasons for that is he connects with whatever character he plays off of. Prime example, there is a character in the film that Jackson shares a scene with who you’ll have very little reason to give a damn about, and their scene has some length to it. And while the other person gives you nothing, when Jackson can’t make the most out of his scene partner, he makes the most out of his connection with the audience.

In this scenario, he gives a monologue, talking about good, bad, and evil, which, with his delivery, doesn’t lead to his scene partner saying or doing anything notable, but it connects with the audience. It reminds you the man has a Bachelor’s Degree in Drama and has both the foundation which comes from a formal education and that which comes from learning on the job. Which helps Q’s character as you care so much more about her avenging her mentor than the mystery of David Hayes and her encounters with most of his associates.

I don’t know the male term for a femme fatale, but Keaton as Rembrandt makes you think someone should make up a word. He comes in, debonair enough to be interesting, but knows when to leave before he becomes pompous. Which will probably be as intriguing to you as it is to Anna. And honestly, the game Anna and Rembrandt play throughout the movie is part of what keeps it so interesting. Especially once it becomes increasingly clear that Rembrandt’s associates are simply a warm-up for Anna, and he is the final boss.

Barely Caring About Edward Hayes and The Mystery

You know how car racing movies use a plot as a means to an end before the next big action scene? The Protégé does the same regarding who killed Moody and why. It isn’t something it really wants you to get into, but it sets up action scenes and moments so that Anna and Rembrandt can flirt with each other the only way they know-how.

The Protégé isn’t likely to be a film you’ll talk about weeks, months, or years from now, but that doesn’t mean it isn’t an entertaining way to spend a little less than two hours. It gives you what you expect from Samuel L. Jackson; Maggie Q reminds you she is more than capable of being the star, not simply one of the leads, and Michael Keaton? Honestly, to give credit to him and Maggie Q, together, they remind you what you perhaps are most known for doesn’t have to define you. For while your talent is undeniable in that genre, and roles within it come with ease, there is so much more you can do, and the best films with you in it allow you to show those other sides to you.

Hence the positive rating. While the mystery of why Moody was killed and by who falls flat, Keating, Q, and Jackson more than makeup for it through their action scenes, humor, and chemistry. 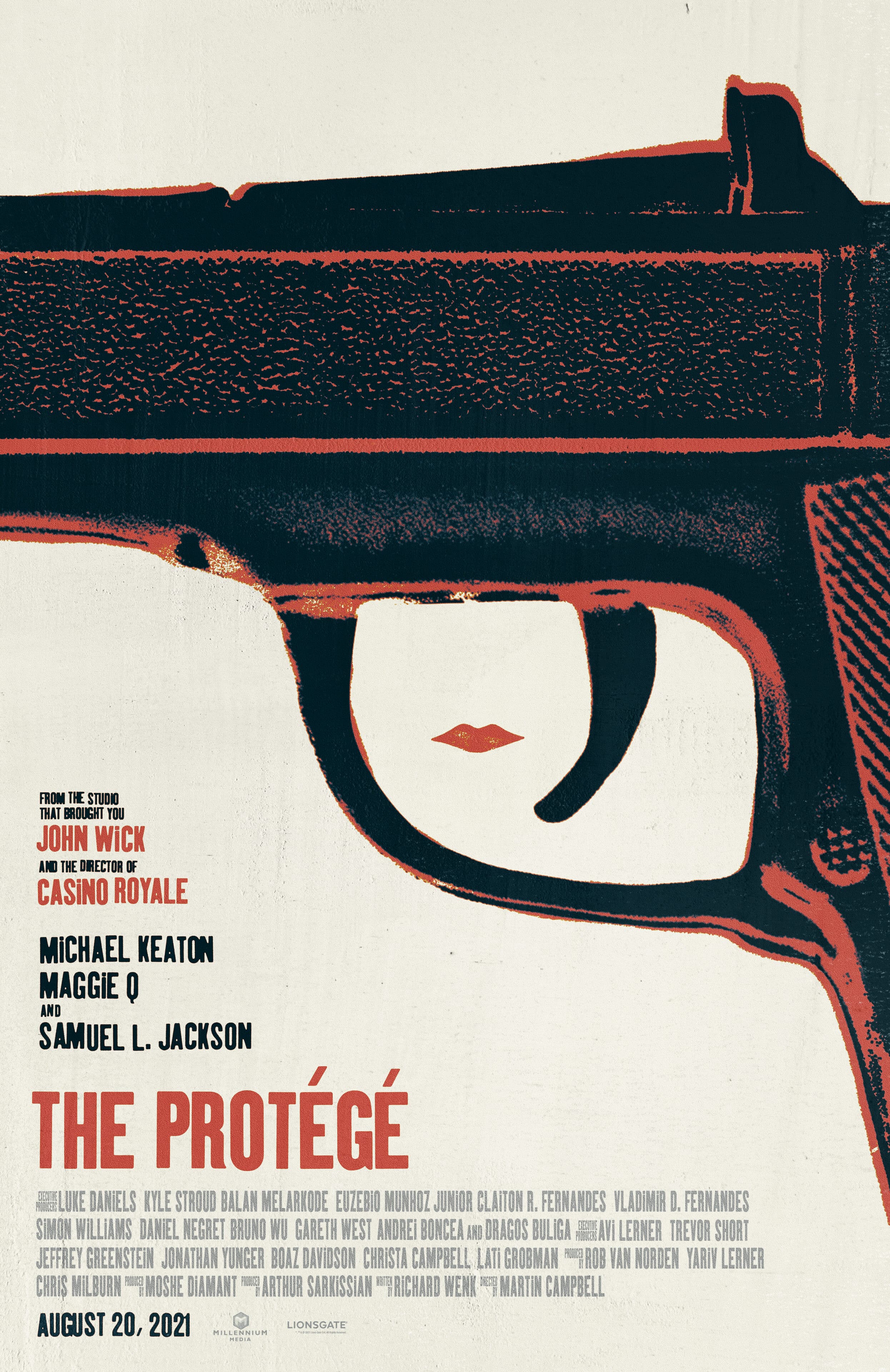 The Protégé (2021) – Review/Summary (with Spoilers)
Who Is This For?
Those who enjoy flinch-worthy action scenes, a bit of humor, and the kind of chemistry between actors that would allow them to have any kind of relationship you could imagine.
Highlights
Lives Up To Premise/ Trailer
Reintroduction of Maggie Q
Samuel L. Jackson
Keaton and Q's Chemistry
Disputable
Story & Character Development
Quality of Twists/ Climax
Barely Caring About Edward Hayes and The Mystery
80
Follow Wherever I Look on Twitter and Instagram, Like us on Facebook, and Subscribe to the YouTube Channel.