“The Photograph” hits multiple spots as it develops a mother/daughter relationship, a romantic relationship, as well as explores one woman’s struggle with the concept of love.

The film is split in two: One half focuses on Christina, a Louisiana native who, in the 80s, is at a crossroad between committing to the love of her young life, Isaac, and dealing with how stifling her hometown feels and the need to get away from it to expand what’s possible for her. The other half, set approximately in 2021[1], is comprised of Christina’s only child, Mae, and a man who interviewed Isaac for an article, Mike, and found himself discovering Christina, and later Mae.

These two storylines explore the beginning of love and dealing with how fearful it can make a person when something begins hot and heavy and then a person’s individual needs, outside of love, need to be taken into consideration. If not the issues which stem from the need to compromise, get out of your comfort zone, or be fearless. Even if just by saying what your truth is and what it is you want. 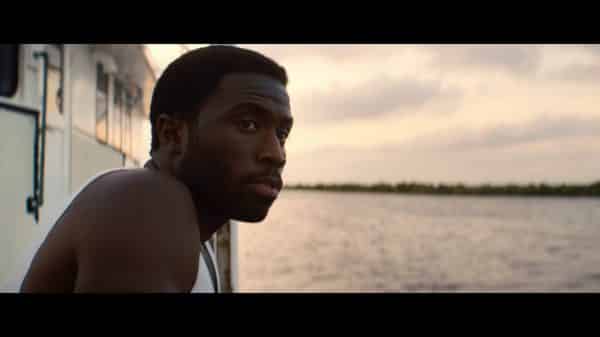 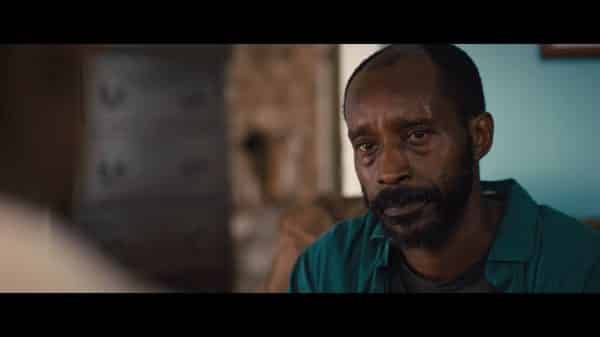 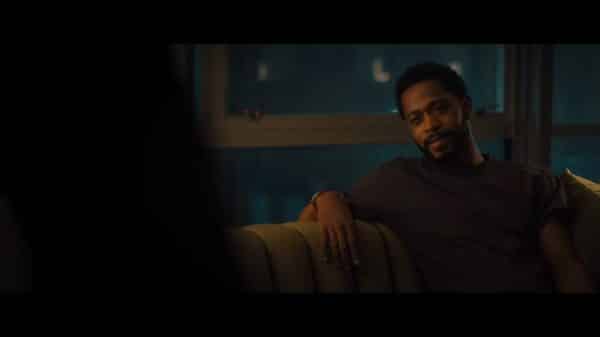 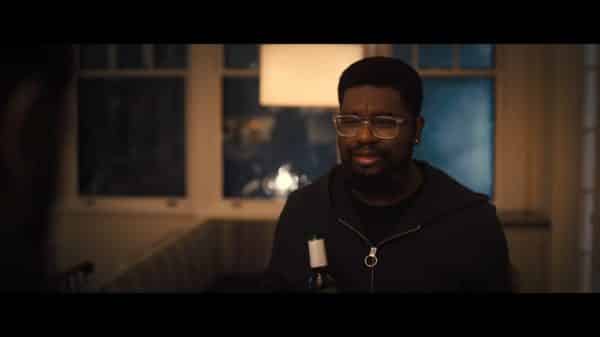 Rarely do we give much credit to the licensed music or score of a film, for while critical, oftentimes it is a supporting character with no name. However, the choices of songs, ranging from Al Green cuts, beyond “Let’s Stay Together,” to what I believe was Ari Lennox, it’ll make you want to get the soundtrack for it is, at the very least, mood-setting music. And if neither party says anything stupid, or does anything dumb, a child could potentially be conceived.

“The Photograph” operates both on body language and Mike having those kind of lines that leave Mae contemplating her life choices. Not in a bad way, like she regrets what she and Mike can, could, and will do. More so, despite both not having the best track record with relationships, and Mike freshly out one, there is a draw and intention there that is beyond any semblance of lust or shallow feelings. Making it so, as smooth as Stanfield delivers his dialog, you don’t feel Mike is giving Mae a line. If anything, in his pursuit of speaking his truth and her trying to find out who she is around him, and if the vulnerability she desires is representative of who she is, there is an exploration beyond the chemistry.

Leaving you truly feeling like you are seeing two grown folk fall in love. Not some 20-year-olds who still finding themselves and dealing with financial instability haunting each decision, but people in their 30s who know love can be complicated and all too consuming, so they are cautious but hopeful.

Lil Rel’s Place In The Film

As Mike’s brother, Kyle, Lil Rel brings both some background into Mike’s dating history, as do his daughters, yet also feels a bit out of place. Mostly due to Lil Rel playing Lil Rel so he is a comedic character in a film which by no means pursues trying to be a romantic comedy. So as much as you should appreciate him lightening the mood, which at times can feel a little too chill, there remains the feeling he barely can be seen as an asset.

The core of this film is Christina. Mike exploring her and Isaac’s story leads him to Mae. Christina investing more time and effort into her career than Mae, that leads to Mae having a split storyline. One that deals with Mae trying to understand her mother, beyond what she exposed of herself, while also trying not to repeat her mother’s mistakes when it comes to love.

As you can imagine, this makes it so switching from Mae’s journey to Christina finding independence, and Mae’s step-father, competes with Mae and Mike falling in love. For Christina’s story seems like it can be its own movie, her and Mae’s relationship could be its own thing, and then there is Mike and his issues with love, and him trying to work things out with Mae.

Now, let it be noted, as you watch the film, this might not be an issue for you. However, with having finished the film hours ago, I find myself satisfied with how things ended for Mae and Mike, yet craving so much more from Christina. Almost to the point I’d willingly trade some of what we got to see and experience with Mike and Mae to see more of Christina’s journey from a no-name person from Louisiana to someone who, almost 30+ years later, has her work displayed in museums and preserved as art.

Yet, it is in leaving you wanting more that I feel so torn about how much Meghie has you invested so much in the core characters. But also, it makes me wish Kyle was possibly eliminated so that the film could bridge the gap between Christina in the early 90s to who she was in modern times, much less get to see adult Mae interact with her.

Unless you overthink things, as I do more often than I should, “The Photograph” will feel like something you’ve needed for a long time in a multitude of areas. Be it a new love story that doesn’t try to feel like “Love Jones” or anything from the 90s or 00s, a film that is about getting into the mood and being repeatedly mad you never finish it, or the exploration of a Black mother/daughter relationship which isn’t complicated by abuse. Never mind seeing a souther woman transplant herself to New York, in the late 80s, early 90s, and go from having nothing but her name to making said name into what might be a style people study in school.

Leading to why the positive label – “The Photograph” gives you perhaps too much to like and leaves you feeling like you got a sample platter. The kind where, from this meat, that vegetable, or a seasoning you can’t describe, you feel like your taste buds have been far too stimulated not to learn what having that as a whole meal is like. Thus making writer/director Stella Meghie’s follow up, “American Princess,” a comedy she is solely directing, something you want to look into for she definitely raises her profile with this movie.

There are multiple reveals and decisions, and, as noted before, to understand anything which happens with Mae, you need to remember what happened with Christina. So, lest we forget, despite being a few months pregnant, with Isaac’s baby, Mae, Christina leaves Louisiana, with little notice to anyone, and goes to New York since she doesn’t want the highlight of her day, never mind life, being Isaac’s little wife, cooking him meals, and being stuck in some small town. This is important for it establishes Christina’s inability to say goodbye, which is why, when Mae goes off to school in Chicago, Christina intentionally doesn’t send her off and lets her stepfather do so.

Following that, there is a need to note Christina failing to convince Isaac to join her in New York, for he was comfortable down south. Also, Christina pouring herself into her work. Both of these issues show up in Mae by her cutting down Mike talking about her and him being a long distance and trying to end things just as they venture from being casual and now having to put in the work to have a relationship.

Lastly, taking note Christina’s mother hid her sickness so she could die in peace, or at least as the person her daughter knew her as, Christina does the same to Mae. Making it so, a month after her death, Mae’s discovery of her mother’s letters shake her. For it is with her mother’s letters, chronicling her life and mistakes, paired with meeting Mike, who tests whether Mae is learning from her mother’s past, that their relationship develops. Ultimately making it so, unlike her mother, and possibly her grandmother, Mae is open about her feelings, communicates and shows vulnerability to who she wants, and needs, to show it to the most, and gets to have both the joys of a career and of a stimulating relationship as well.

The film ends with Mae and Mike dating. Not even serious, that’s bae, my girlfriend/boyfriend, level dating. They both got money so Mae can buy her and Mike a Kendrick Lamar ticket and she can hop on a plane and be like “Hey…” So seeing them move beyond that and try to make it work, it could make it so Louis, Mae’s adoptive father, can further Christina’s story as well as bridge the gap between the early 90s, when we last see Christina, and Christina’s passing. Both in terms of how he handled their relationship, as well as raising what he knew was another man’s child, alongside Mae dealing with not having the kind of mother she desired.

[1] Note: Mike’s phone says it is September 30th and considering what they say about Drake and Kanye, they’d have to be in the future since the last September 30th was in 2010. And the way they talk about Kanye would have to be present or future Kanye, considering it is noted they miss Kanye who was about music and less about decor.

“The Photograph” gives you perhaps too much to like and leaves you feeling like you got a sample platter. The kind where, from this meat, that vegetable, or a seasoning you can’t describe, you feel like your taste buds have been far too stimulated not to learn what having that as a whole meal is like. Thus making writer/director Stella Meghie’s follow up, “American Princess,” a comedy she is solely directing, something you want to look into for she definitely raises her profile with this movie.