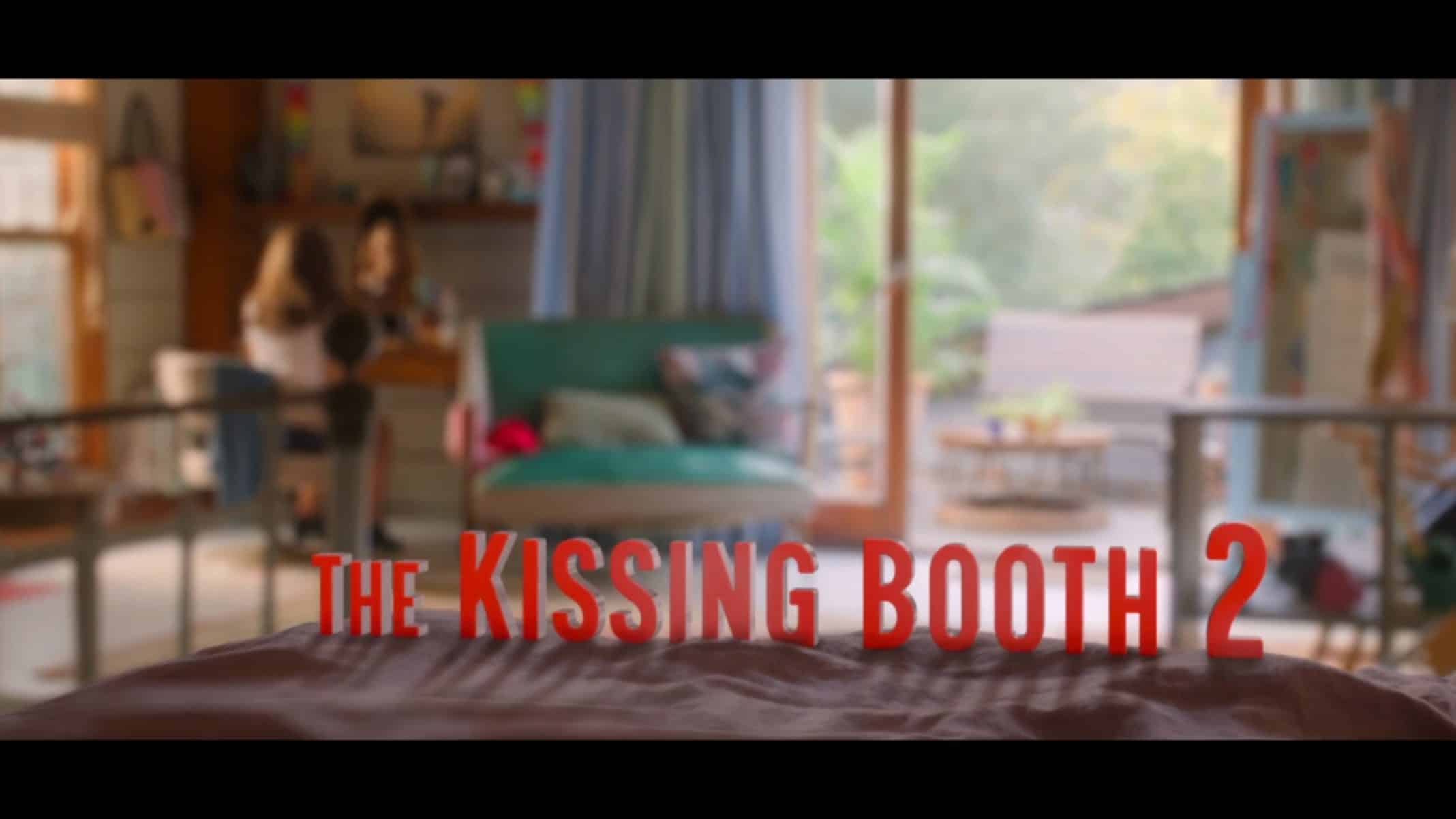 While it’s two hour time length makes it lag in some parts, by the end of “The Kissing Booth 2,” you are left wondering when is the next one?

It’s senior year for Elle and Lee, and with Noah on the other side of the country, Elle has latched onto Lee for dear life. Which, as you can imagine, makes things difficult for Lee’s girlfriend, Rachel. Someone who grows tired of being the third wheel in her own relationship. But, with Noah so far away, and making friends, including with an attractive woman named Chloe, who else is Elle going to talk to or hang out with, right?

Enter Marco, a new kid, very hot, who dances and likes to flirt with Elle. However, even as Elle’s insecurities begin to get the best of her, does that mean she’ll end things with Noah? Never mind, get with Marco?

Perhaps the Earth was made round so that we would not see too far down the road.
— Elle

When it comes to Elle, the two people that cause issues in her life are Lee and Noah, and it is because of their relationships. For Lee, it is his relationship with Rachel and the fact he has all these rules with Elle, but no boundaries. Thus making Rachel feel like the third wheel and having to push Lee to establish she needs alone time with him.

Now, as you can imagine, this could cause an issue, especially as Rachel starts to get nasty with Elle. But, rather than talk down or bad about her, Elle seeks understanding and trying to even establish her own friendship so they can be cool. After all, if Lee and Rachel end up being long term, that is going to be her sister, in a way.

Then with Chloe, being that Elle thinks she could be sleeping with Noah, who she is in a weird place with, you could imagine her flipping out because she is too friendly. Heck, considering the climax around an hour in, you would be justified in thinking Elle had every right to go off. However, what “The Kissing Booth 2” gives us is a girl, Elle, who may mostly interact and hold her male friendships dear, but that doesn’t mean she doesn’t want or value female friendships.

Never mind Elle would rather befriend or learn to interact with someone than allow things to sit, simmer until they explode. Granted, in terms of her relationship with Noah, you can see she definitely pushed a needed conversation off. However, lest we forget, it was senior year for Elle, and between grades she needed to get into college, and finding a means to pay for it, she had more pressing issues.

You May Not Mind Marco & Elle

While Noah and Elle are cute, that doesn’t mean Elle and Marco aren’t. Mind you, it could just be since Marco is generically hot, abs, chiseled chin, maybe a little bit of an accent. But, one thing you see with Marco that we don’t with Noah is Marco’s charm doesn’t feel like it purely about looks. Also, unlike Noah, there isn’t this weird, used to be like a big brother, but now is my boyfriend issue. Because, yeah, we didn’t forget the possessiveness and weird relationship Elle and Noah had.

Not to forget they have grown past that but, there is something about a clean slate and lack of baggage, which makes Marco appealing for Elle.

“The Kissing Booth 2” is awkwardly funny since sometimes, outside of the romantic entanglements, it can feel very real. Particularly when Elle is being written/ portrayed as an everyday girl who isn’t perfect, can be a dork, and isn’t like an OMG girl. She is someone who says weird things, stumbles, and has grown so used to the guys she grew up with that, interacting with people beyond them? Well, the attention is weird but nice, and with wanting to make a good impression, hilarity ensues.

Thus giving you moments like when Elle was talking to some girl about Marco’s physique and went started to word-vomit to keep up the conversation. Which got heard by the entire school, thanks to Elle accidentally turning on the intercom.

About A Hour In, You’ll Dread That You Have Another Hour

I don’t know if it is because the drama starts towards the hour mark or because a 2+ hour romantic comedy seems like a lot, but a part of me wanted to tap out. Granted, by the last half hour, I was back on the “I WANT A SEQUEL!” train, but for a minute, I felt they could have cut something to make this a normal time length. For even Marvel sometimes struggles with having long ass movies.

While Cute, Most of the Relationships Don’t Give You Butterflies

“The Kidding Booth 2” I wouldn’t say makes you feel envious about what people have, be happy for them, or anything like that. Most of the relationships are tame, and even with a scene of Elle talking dirty to Noah, it feels almost routine.

This could be attributed to this being a sequel, so of course, we know the dynamics. Also, you could note with Noah gone and the idea Elle, and he might see other people, it leaves you torn. But, either way, I would say romance isn’t a big if at all, selling point of the movie. It’s just a part of it.

While you will be left wanting a sequel, I do think “The Kissing Booth 2” isn’t necessarily as good or thought-provoking as the first. It’s more mellow, while still comical, and without any notable relationships. And while you have to appreciate the introduction, or further development, of a gay character, they almost seemed placed because its 2020 than wanting to show the writers truly value how a person comes to terms with liking someone of their gender and confessing it.

Hence the mixed label. “The Kissing Booth 2” is enjoyable to watch, but it ultimately plays it safe in every way it could.

After all the drama and the will they or won’t they, Elle and Noah end up back together. Mind you, this is after Noah sees Elle full-on makeout with Marco – who still has feelings for Elle. But, despite Marco’s feelings, it seems Elle is back with her first love.

However, that doesn’t mean Elle’s life still isn’t complicated. While Rachel and Elle are on good terms now, and Lee saved his relationship with her, now comes the issue of Elle getting accepted into UC Berkeley and Harvard. Meaning, once more, she’ll find herself between the Flynn boys and their rivalry.

Which sets up the sequel. The movie ends at the beginning of the summer, and that leaves Elle a few months to make a decision. Will she go to Boston to be with her boyfriend or stick to the plan and go to the same school as Lee?

About A Hour In, You'll Dread That You Have Another Hour - 67%

While Cute, Most of the Relationships Don't Give You Butterflies - 74%

"The Kissing Booth 2" is enjoyable to watch, but it ultimately plays it safe in every way it could.