Whitney Cummings proves that it isn’t just male comedians who find a second life and flourish by taking on a dramatic role.

Table of Contents show
1 Summary
1.1 Collected Quote(s) or .Gifs
2 Highlights
2.1 Leaves You Between Wanting To Do Your Own Research While Thinking This, In Itself, Is Research
2.2 All The Couples
3 On The Fence
3.1 Abby
4 Overall: Positive (Worth Seeing) – Recommended

Dr. Julia Brizendine, a neurologist, alongside three sets of couples, helps explain the driving force between the baseline personality of men and women. What she often presents, in a sort of “edutainment” kind of way, is a breakdown of what chemically is going on as we watch, for example, Lisa and Steven, a couple married for 12 years, deal with being together that long. She notes how, after 2 years, relationships release less dopamine and more OxyContin. In the relationship between Lexi and Adam, it Is noted that part of the reason Lexi is the way she is deals not only with nurture, but also the nature of the female brain’s area for recognizing errors and flaws is larger. Then, in terms of Zoe and Greg, considering their dynamic, we learn about cortisol and how, with the life Zoe has, married to a professional athlete, cortisol, a flight or fight chemical, is managed through organization.

Thus giving us this kind of strange take on explaining these characters actions, the men too at times, and further engaging you. Especially as you reflect and wonder how, at your core, this applies to you. Leading to a film which not only has, technically, 4 sets of couples who are analyzed but also 4 sets of stories you can, outside of perhaps Lexi and Adam’s, see as standalone movies.

Leaves You Between Wanting To Do Your Own Research While Thinking This, In Itself, Is Research 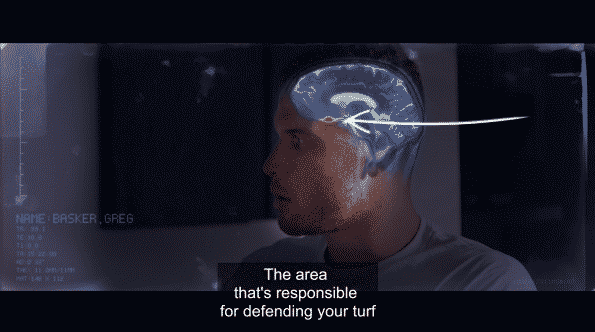 The movie is based on Dr. Brizendine [note] Whitney Cummings just changed the first name [/note] book “The Female Brain,” released back in 2007. With that in mind, it is like Cummings and Brennan created a dramatized book adaptation based on the science involved. One which addresses a lot of what fans of Cummings’ stand up can see she has long been questioning. Especially in terms of her complications with love that can be seen between the relationship of Julia and Kevin.

Though she doesn’t just bring some form of complexity and explanation for her character alone. All the women in the film, analyzed in a scientific way paired with quality dramatization, harness both Cummings comedic side while never losing the fact that we are getting a more entertaining presentation on the subject matter. Which also includes explaining how some terms, like neurotic, stem from naturally happening chemicals which, more often than not, made for survival.

All the while, I should add, never making things to complicated or so simplistic that you think the research may have been dumbed down. It hits this sweet spot of feeling like a foundation for you to perhaps seek out more.

Personally, I find the idea of splitting the focus between a handful of barely connecting stories very dangerous for films. Usually, it leads to one or two being of quality while the rest you wish were cut to feature the stronger stories more. However, the balancing act is handled quite well with this movie. Lisa and Steven will probably be your favorite, due to Sofia Vergara and Deon Cole – who are the match you never knew you needed on screen. Then there is Zoe and Greg as well as Lexi and Adam. For these two couples, they bring about some of the best parts in breaking down the female brain, whether it is at work, in a relationship, or when it comes to self-esteem. 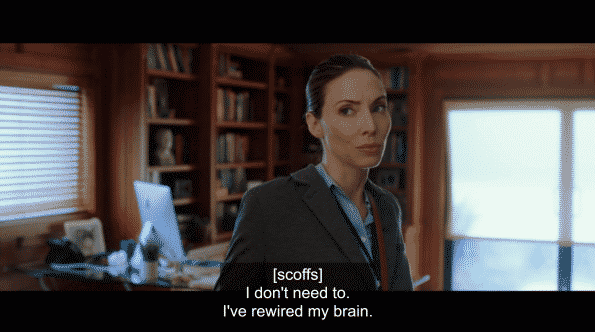 Yet, then there is Julia and Kevin. What you have to love about them is as much as they also fit the research Dr. Brizendine has done, they also show there are exceptions. Be it because of nurture or other things in life, you can’t hold what is said to be absolute. What the research provides is something you can definitely go by for a general understanding, but also it pushes you to remember that all research contains a certain amount of bias and broad strokes due to the number of participants.

There is no denying that Beanie Feldstein plays an essential role in The Female Brain. By helping us not only understand Dr. Brizendine as a doctor and person, but also bring about how women self-medicate to be more in control or easy for others to interact with. However, with such a strong focus on couples, more so than individuals, much less young people like her, she sort of sticks out and seems like a good idea which had to be kept, despite how out of place she sometimes was.

I absolutely loved this movie and a part of me wants to watch it again just for the sake of understanding the more scientific points. For while I have notes in regards to the Amygdala dealing with sensing danger, the female brain having the exact same number of cells in a more contained space, and things of that nature, I want to view this less for the sake of entertainment and more for study.

Something I rarely ever say for most films. Whether rated positive or even recommended, like this one, usually the main reason for repeat viewings is to watch them with friends or family. Rarely is there this desire to re-watch something on my own. Which is one of the main reasons this is being marked as recommended: On top of Cummings showing she can do more serious roles, while maintaining the comedic appeal which made her famous, she also shows her taste in literature, mixed with how her brain works, can create the type of productions I can only hope she creates more of.

Surprising, i’ll have to see this

I got to admit, I was putting this off all weekend but it is surprisingly quality. At least in terms of my taste.