“The Craft: Legacy” pushes you to feel it didn’t need its predecessor for anything besides name recognition.

Lily and her mother Helen, move from New Jersey to live with Helen’s new man Adam, a father of three boys. In this new town, Lily finds herself encountering three girls who consider themselves witches. One being Frankie, another Lourdes, and finally Tabby. For who knows how long, they have been looking for a fourth member to join them to form a coven. And with seeing Lily has powers, she is invited to join, and things are all fun and games – at first.

However, after a boy dies, allegedly by their hands, distrust becomes a huge issue amongst the girls, and with an external threat, it makes them vulnerable for the first time since discovering their individual powers and each other. 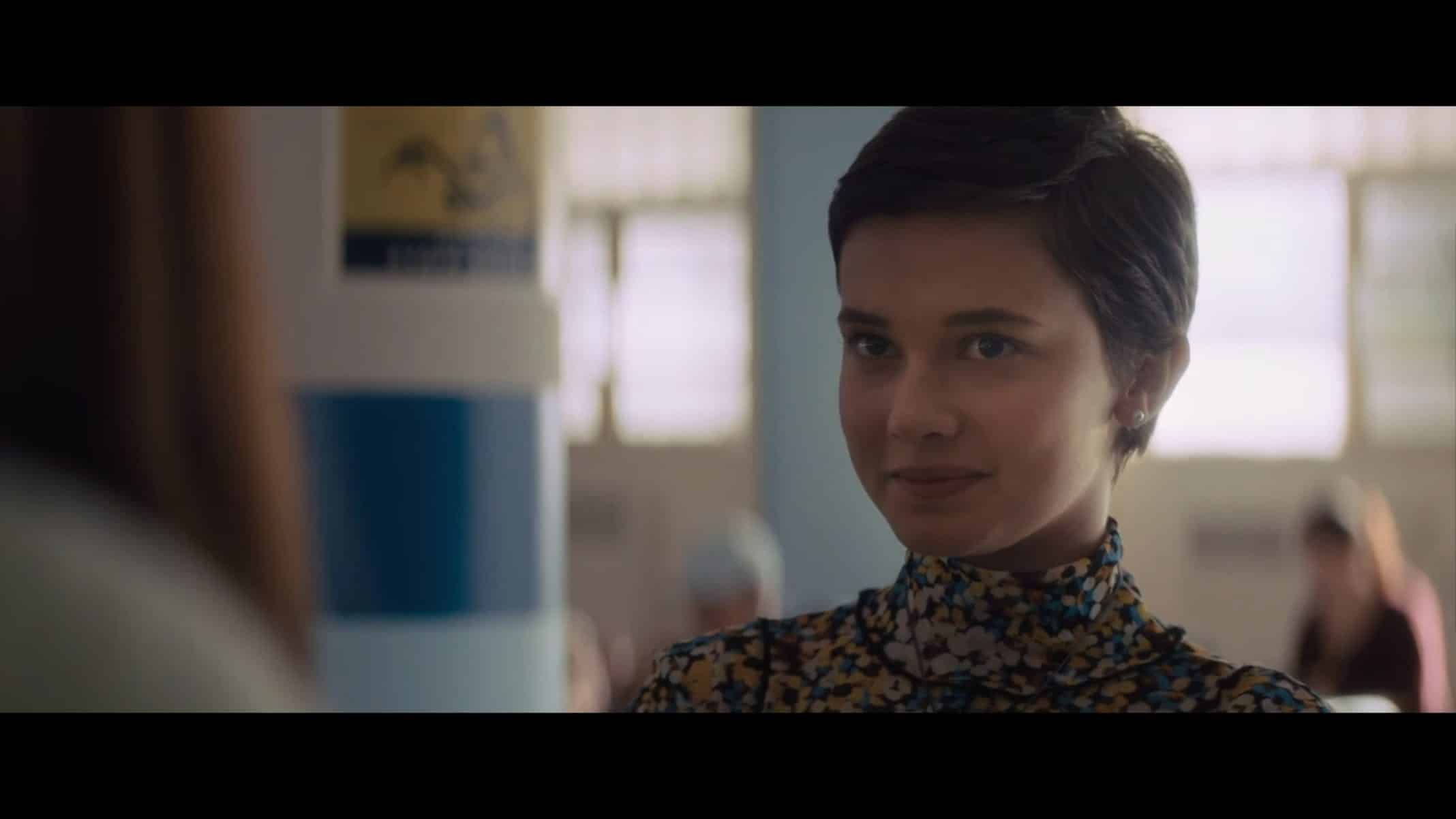 A lovable odd kid, Lily is very close to her mother, with there being minimal, if any, issues between them until Adam gets involved. But with making friends with other girls who are sort of out there, Lily finds her people – who happen to be witches, as she learns she is as well. 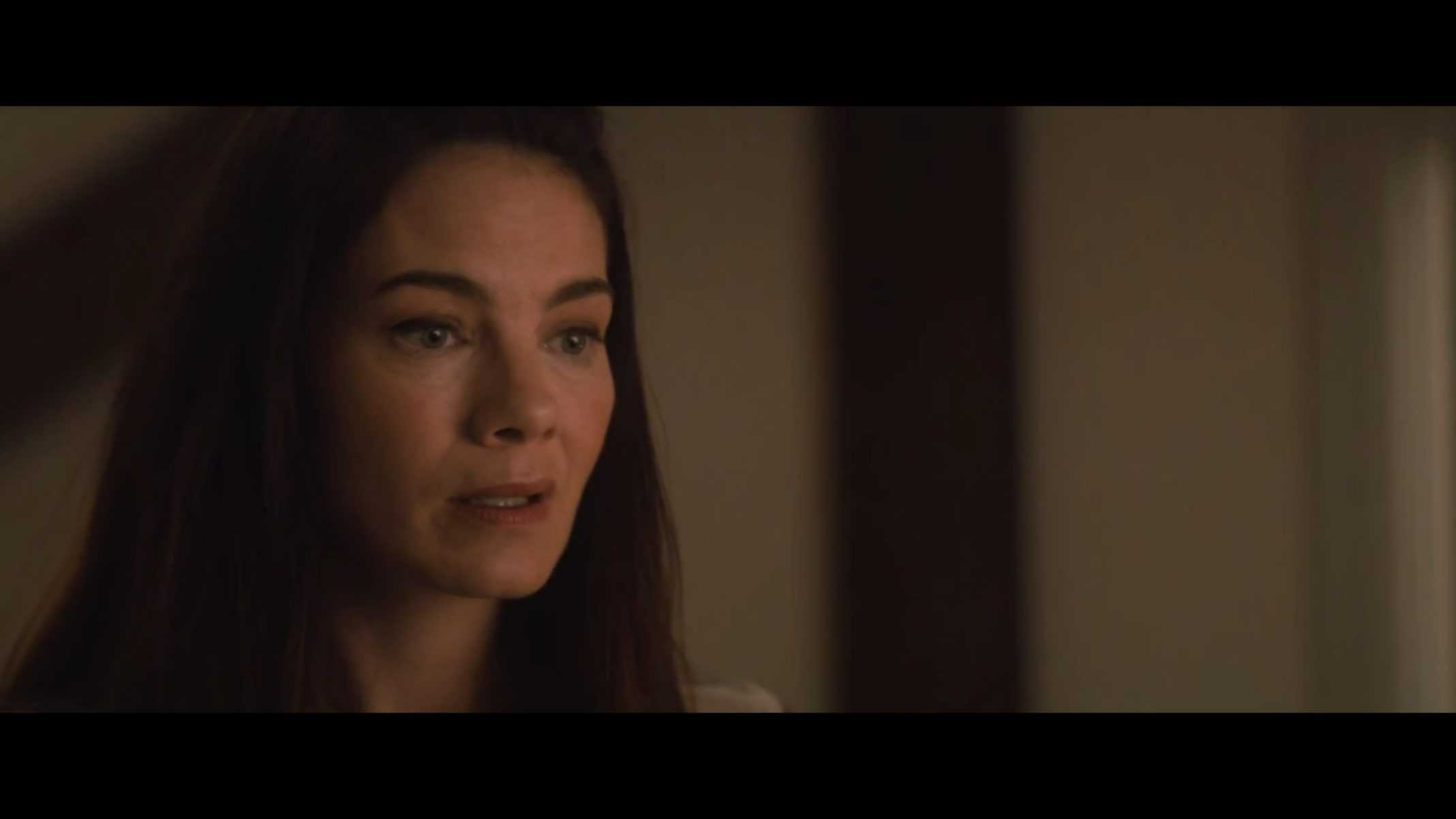 A therapist from New Jersey (insert air horn sounds here), Helen is happy to have found someone like Adam, and while Adam is a bit strict, she does love him. 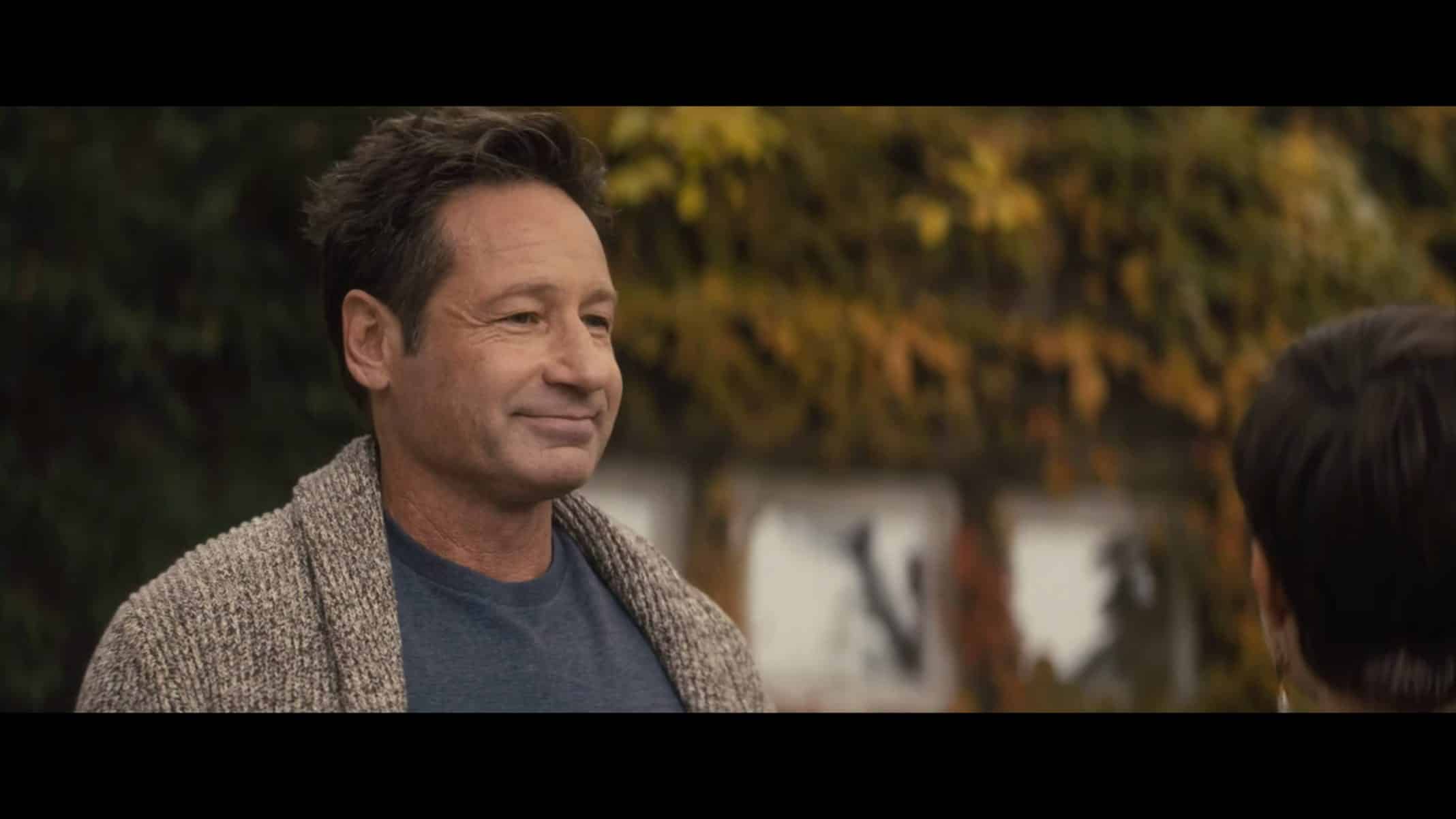 Adam is a motivational speaker by trade with three sons, who is very much about power and authority. Thus making him, compared to Helen, not the most agreeable person when it comes to Lily. While not the leader of her little coven, she does often assert herself in ways in which you can see her as such. She is the one, after all, who invites Lily, and when it comes to Lily getting out of hand, she pushes to execute the consequences.

Lourdes is a trans girl who, like her friends, has magic powers.

When it comes to Tabby, while all for the fun and games, she is also one of the most cautious about using magic, be it her use of it or as a group. Which doesn’t make her a downer but definitely the one who consistently presents the idea, alongside Lily at times, maybe they should all think twice before acting. Upon meeting Timmy, he is an ass. However, after the girls put a spell on him, he is a feminist in touch with his feelings that becomes someone more than one girl of the coven thinks is attractive.

A member of the original “The Craft” whose connection to this story is in the ending spoilers below.

While it has been a long time since seeing the original, “The Craft,” I will say in watching this barely linked sequel (more into that in the ending spoilers), I was entertained. The magic got a visual effects upgrade, each witch brought something to get you invested, and while it isn’t the most memorable movie or enchanting, you’re not given any real reason to stop watching.

It should be expected for there to be a push for inclusivity, diversity, and the presence of shaming those who hold certain beliefs – especially if they are misogynistic. We are in 2020. In “The Craft: Legacy,” we get inclusivity through the inclusion of a trans character, Lourdes, who isn’t defined by being trans at all. In fact, miss a minute, and you wouldn’t even know. Then with diversity, that comes in Lourdes (assumingly) being Latinx and Tabby being Black. 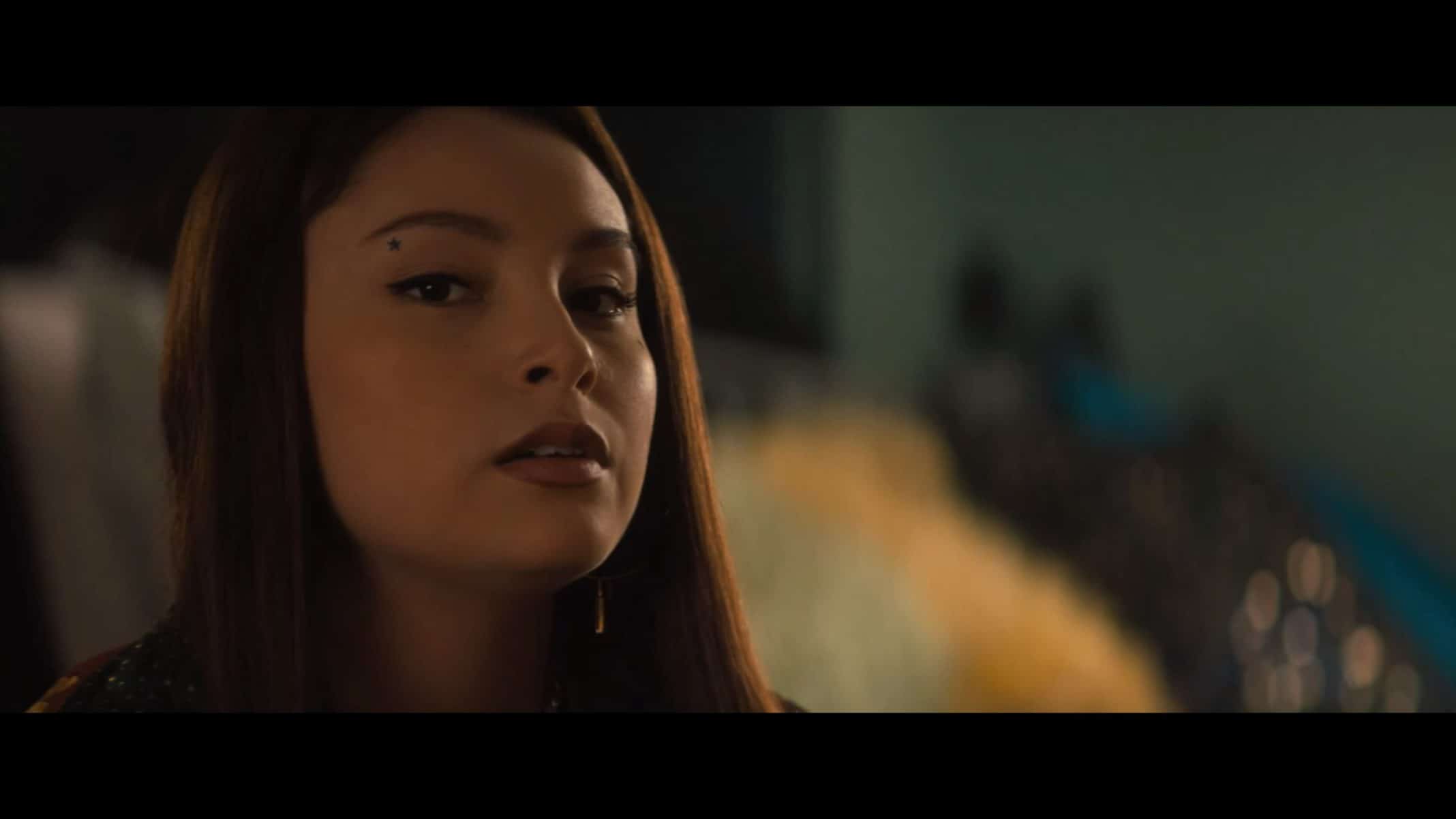 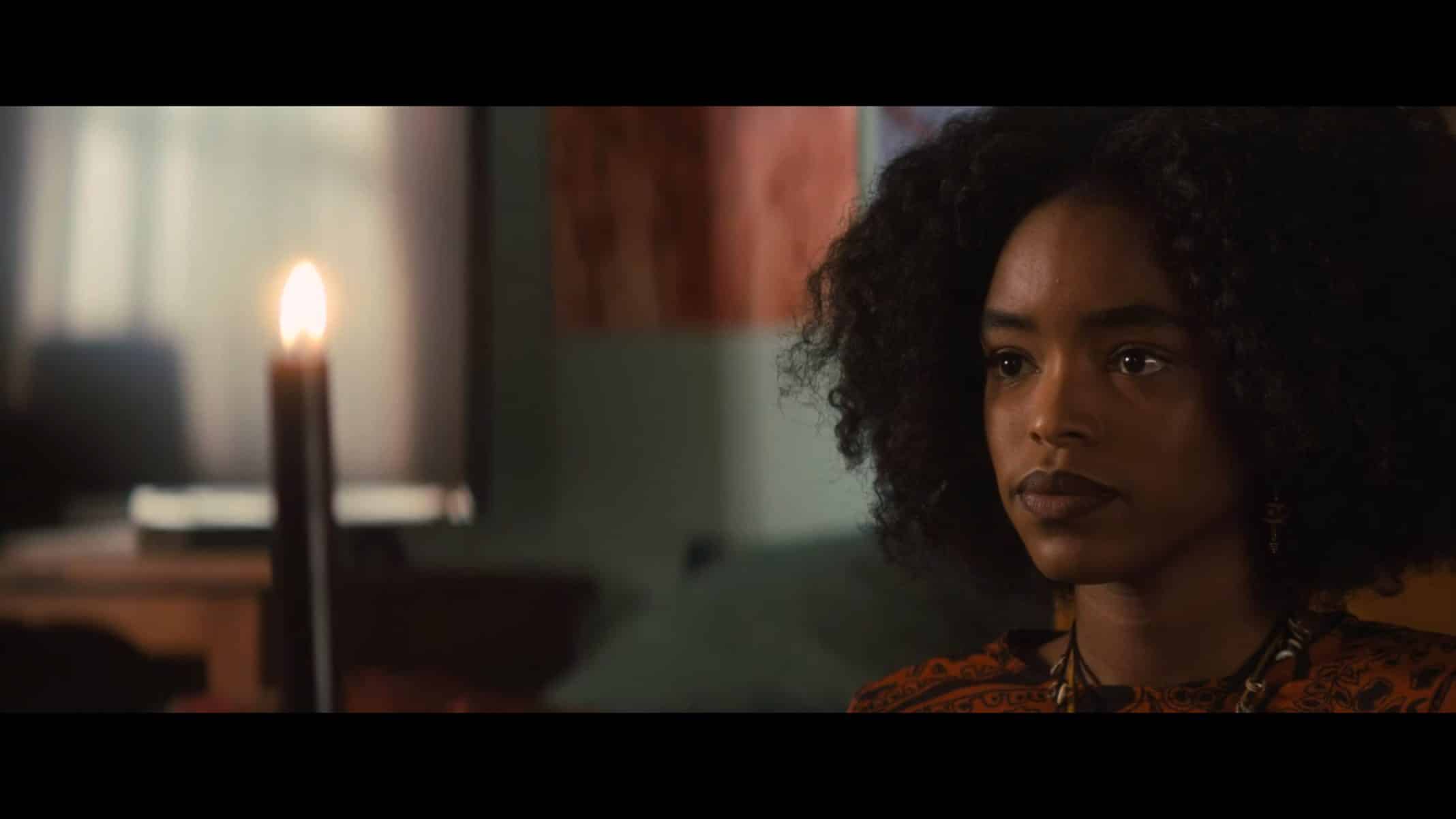 Mind you, not token Black since, with her noting she wishes she had more Black friends and fearing for her brother’s life, there is just enough of a nod to let you know, diversity in this film isn’t shallow. Granted, it doesn’t explore the racism Tabby deals with, nor the issues Loudres might, but that’s because magic is made to be a bit more fun in “The Craft: Legacy.” Also, it isn’t trying to focus on issues people of color deal with.

Rather, the focus seems to be the relationships between men and women, and women amongst themselves. An example would be, through a character named Timmy, you can see a dual-use. One is his expression of toxic masculinity and how someone with Timmy’s authority can enable other bad actors. Yet, after a spell is cast on him, then we’re shown why the world needs male allies. Also, there is a hint of a reminder that men also deal with a certain amount of oppression – even if they are a white male.

Granted, the message isn’t strong, but none of the thinly veiled messages are. Be it women not handing over their power, how they often can be the enemies of one another, even when men aren’t agents to cause chaos, and so much more. This can leave you to feel, like so many modern takes or sequels to classics, the original was used for name recognition since what the writer/director, in this case, Zoe Lister-Jones, wanted to really create wouldn’t get financed otherwise. Due to Lily, full name Lilith, starting to have a crush on “Woke” Timmy, she casts a love spell on him that works. Mind you, this is after Timmy notes he has feelings for one of Lily’s new stepbrothers, that he hooked up with, and that he has possibly whored himself with girls to compensate. But, Timmy’s coming out and how the movie handles bi-sexuality isn’t something we can dissect like others could.

That aside, casting love spells seems to be taking it too far, and with Timmy dying by suicide, so they thought, after the spell, Lily is blamed for the death and her magic bound – with Frankie leading the charge.

However, bounding Lily comes at a bad time since Adam, who her mother married, is a warlock who allegedly took Lily’s mother’s powers and wants hers as well. Luckily, the girls show up and take down Adam, but that does leave the question of if Helen adopted Lily, who is her biological mom? Well, the answer is Nancy, from the original movie.

Does The Craft: Legacy Have Sequel Potential?

With Nancy being discovered, yes. However, to put all things together, it would need to feature those from the original movie or else, like this sequel, it’ll feel unnecessary and milking a classic for all its worth.