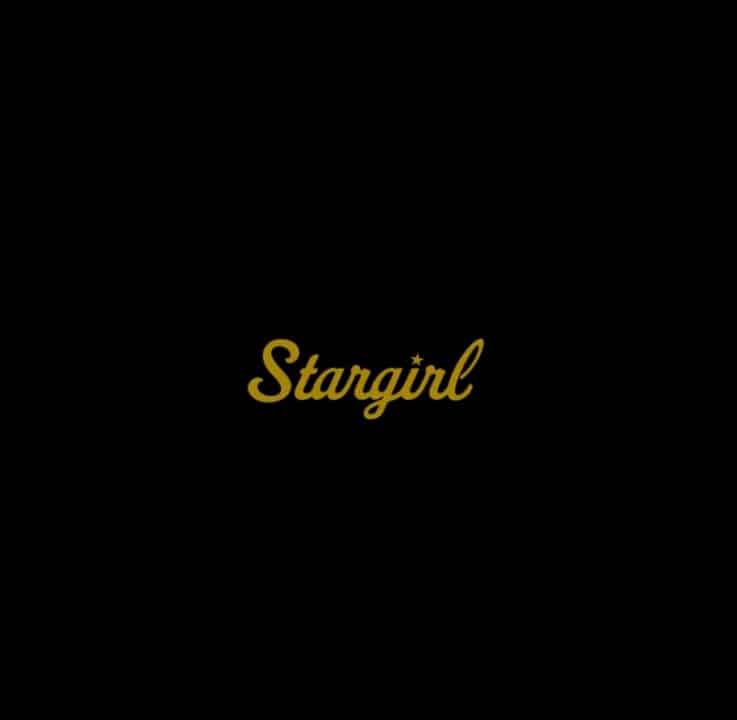 “Stargirl” in depicting what happens when you allow yourself to be what others want, brings about one of the best family appropriate live-action films from Disney in ages.

Plot (Ending Spoilers & Sequel Potential Are On The Second Page)

In Mica, Arizona, where we’re told nothing notable happens, a young man named Leo, a member of the marching band, meets someone named Stargirl. Who is this weirdly named person? Well, someone who has been homeschooled most of her life, thanks to her mother’s job, but now wants to make friends. But, with her being wholly herself, so comes the question of whether, despite how nice she is, will she ultimately get rejected by the people she has long to personally know from afar? Especially the boy she has had feelings for since he arrived around the time he turned 9.

The lead for “Stargirl” who moved to Mica, Arizona, when he was 9, around the time his father died, and honored his memories of his dad by wearing one of his father’s eccentric ties. But, after being bullied over said tie, Leo pursued a life of blending in vs. sticking out.

With being homeschooled by a mother who worked in the arts, doing costumes for theaters, Stargirl was allowed to fully form her own personality and aesthetic. One which was very caring for her neighbors, even though very few actually knew Stargirl beyond Archie – a local archeologist who Stargirl would visit.

But, with deciding she wants to actually get to know and interact with her peers, so came her going to the local high school and perhaps learning what her mom wanted to protect her from.

A local archeologist who runs a dinosaur summer camp Leo works at. He also happens to be one of Stargirl’s teachers, unofficially, but still very much a person she connects with due to his expertise.

Leo’s friend who is Black and queer.

One of Leo’s friends who is the black sheep of the group, and often gets on Kevin’s nerves.

Leo’s best friend, who befriended him after he was bullied and decided to make himself smaller. In many ways, despite sometimes being a bit rude and callous, he is one of the kindest people Leo knows until Stargirl comes into his life.

You think things have to be real or magic, but the best things are both.
— Archie

What you have to love and admire about Stargirl, the person, is how she is written and performed to potentially come off as a manic pixie dream girl, and then things are turned on its head. For when you originally meet Stargirl, she fits the bill. She is eccentric, geared towards making Leo’s life better, pushing him to live up to his potential, all the while dating him.

However, then there comes a moment when Stargirl is challenged about who she is. Caring for people, unlike many who will show anything from hatred to indifference, and is damned for it. This leads to an utter change, and as you link up what happens to Stargirl to what happened with Leo, you are reminded of how much conformity kills bright and bold spirits. If not the kindness many people would have if only it was fostered and not stifled.

And while the writing deserves a heap of praise for that, so does VanderWaal who gives to you the kind of performance which surely will make her a star. For, believe it or not, this is her first film. Which is shocking because the connection you build, the investment you have, many actors who have had longer careers, whether instantly being leads or taking the long road, aren’t capable of that.

Yet, there is something about the jovial nature of VanderWaal’s smile and persona, and how she flips that at Leo, and the school’s request, which hits you. I’d even say, it helps you understand why her mother had Stargirl homeschooled for so long. Because, what, in a month or two, look what being around her peer group did.

So as much as the film instills being yourself, at any cost, especially if you are someone with good intentions, it also is a sad reminder that, despite all we may say will change in the future, so much in high school will remain the same.

They Just Slipped A Queer Couple In Without Much Talk – 75

One of Leo’s friends, Tess, is queer. It isn’t made into a big deal, which you should appreciate, yet also it is just a sudden thing revealed, and it causes a double-take. Almost similar to how “Avenger’s Endgame” had a nod to there being LGBT people in existence. It’s almost like, you appreciate the nod yet wish there was an allowance given to truly be shown as people with lives that include your same-sex partner. Like, they could have easily dropped Benny for whoever Tess was dating. Heck, when Leo started to drift away, due to dating Stargirl, it could have been noted, despite also dating someone, Tess didn’t drift away.

“Stargirl” is the kind of film which is perfect for Disney+. It isn’t watered down and commercial in such a way to be a potential blockbuster yet doesn’t fit that stereotype of being put online because it isn’t good enough. It exists in its own realm and between its message, the music, and VanderWaal’s performance, one can only hope as Disney enters a new age of streaming, it can consistently deliver these wonderful films featuring up and coming actors.

In the end, Stargirl leaves Mica. It seems, after offending a girl who was mad Stargirl gave her brother back the bike that was disposed of, Stargirl didn’t know what to do. She meant it as a kind gesture, but with the kid traumatized, it ended up not being so. Combine that with her caring about an opposing team’s quarterback, at a rather big game – which Mica lost, and Stargirl ends up on the ropes.

So, Leo says Stargirl should tone it down and be normal. Which is what he did when he moved to Mica for wearing his father’s zany ties got him bullied, at least until Kevin came along. But, while Stargirl is able to masquerade as normal, and try to assume the identity of her birth name, Susan, it doesn’t feel real or natural. Leading to her rejecting the attempt to be normal and reasserting herself as Stargirl. Mind you, with a recognition she went too far, when it came to the young lady’s brother, but nonetheless still trying to care about people who need to be seen, acknowledge, and encouraged.

But, like Mary Poppins, once she gets Leo to be free once again, even step on stage and sing, Stargirl is gone. Likely due to her mother hearing what happened, and deciding it is time to take her daughter on the road with her, doing costuming for theatrical performances. However, with her abruptly leaving comes rumors galore and, unfortunately, while Stargirl still sends quirky ties to Leo every birthday, we’re pushed to believe they don’t cross paths again.

Technically yes. This is based off a book that did get a sequel, back in 2009. You can get the book from Amazon by clicking this link. #ad

They Just Slipped A Queer Couple In Without Much Talk - 75%

“Stargirl” in depicting what happens when you allow yourself to be what others want, brings about one of the best family appropriate live-action films from Disney in ages.