In preparation for the full-length Netflix release, we checked out the See You Yesterday short available on HBO until May 1st.

Table of Contents show
1 See You Yesterday Plot Summary
1.1 Other Noteworthy Facts & Moments
1.2 Question(s) Left Unanswered
2 Highlights
2.1 It Focuses On A Dream Many Likely Have
2.2 The Power of Friendship
3 See You Yesterday Overall: Positive (Worth Seeing) – Recommended

16-year-old CJ and her best friend Sebastian are tech nerds, perhaps geniuses. For together they somehow figured a way to go back 5 days in time to prevent the worst thing imaginable from happening: Police shooting CJ’s brother Calvin. However, disrupting time, reconfiguring fate, isn’t as easy as the two may have thought.

It Focuses On A Dream Many Likely Have 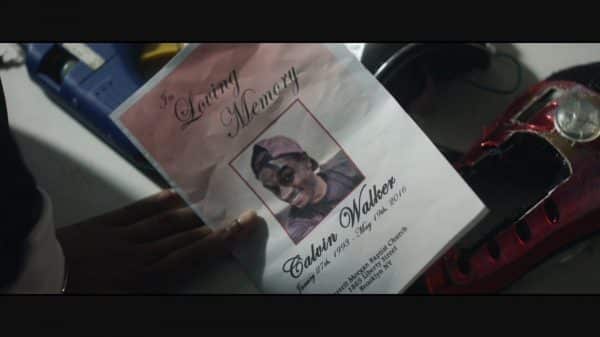 The fear of losing someone due to police brutality is a consistent fear amongst Black and Brown communities. For while we know not every cop is a bad cop, or a trigger happy one, who is to be sure which one knows how to properly handle situations and is too fearful? So the idea of two kids, one who loses their brother to gang violence going back in time, trying to protect her kin from a mistake which could have been prevented, it gets you a little teary eyed. If only because she is trying fulfill a wish, and may succeed, that many won’t get the chance to have.

The Power of Friendship

Often when we see a male and female pairing, instantly they become a couple in your head, and that sometimes takes away from the main goal. With how See You Yesterday is handled, that isn’t a problem. Not to imply Sebastian may not have feelings but with him noting he sees CJ as family, that isn’t an issue, and it allows for the focused to be honed on saving Calvin. All the while he is there for her as only a best friend can be.

This is part of the movies we plan to see during the Tribeca Film Festival so you can expect a review of that May 4th. Till then, watch, love, maybe cry to this short. For while, like any short to movie change, things likely will change, like they changed the cast a bit, it is because of fans and word of mouth a short like this becomes a full-length film. One that is definitely worth seeing.