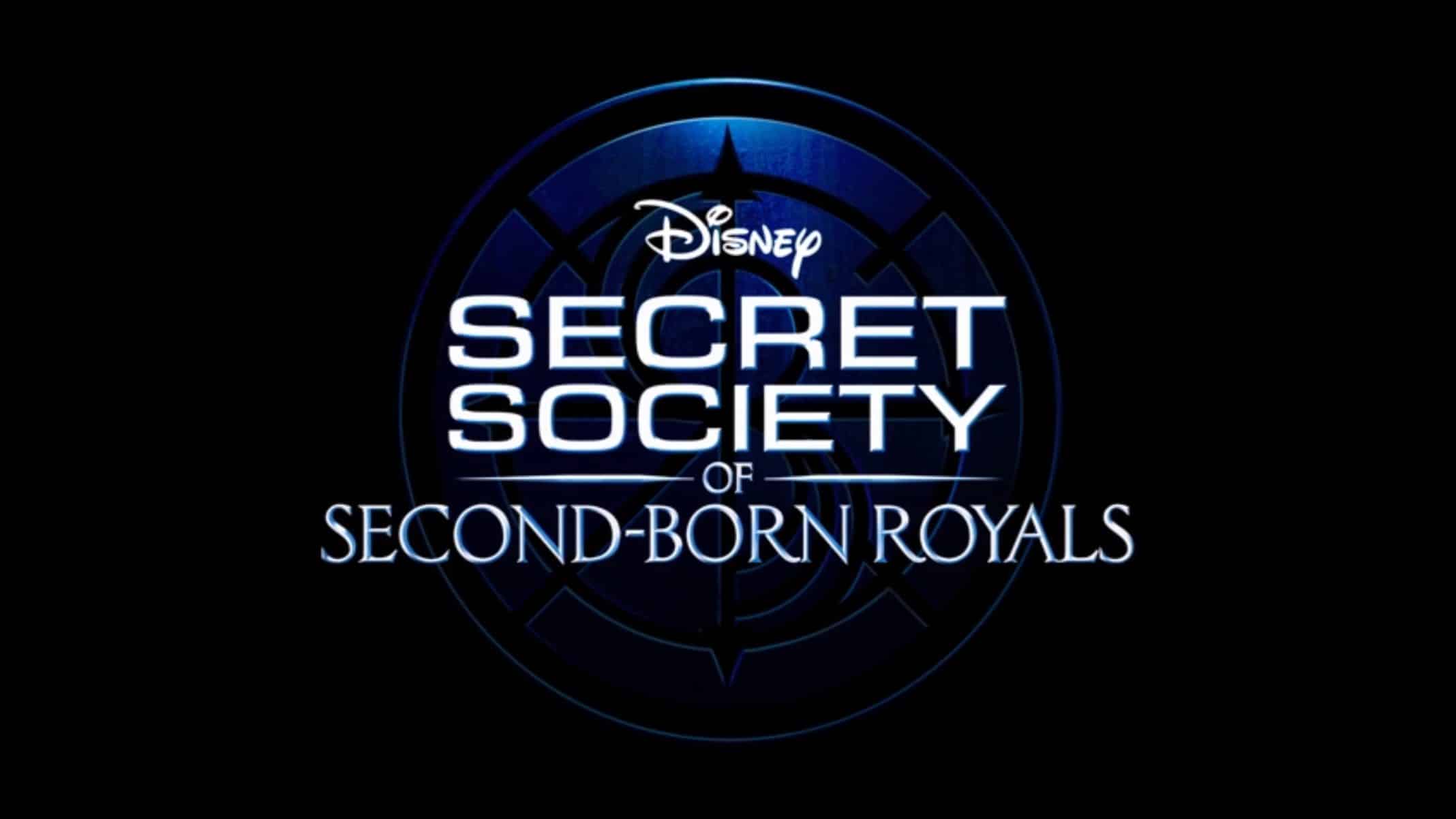 “Secret Society of Second-Born Royals” won’t ease your MCU fix, but it’s good enough on its own to want to see more.

Throughout the various kingdoms, there is a strange genetic gift for second-born royals. Said gift are powers that can range from teleportation, duplication, invisibility, and more. In this story, we focus on Sam, the second daughter of Queen Catherine and King Robert of Illyria, who was always rebellious against her monarch family. Why? Well, because she didn’t fit in and didn’t find the mold her older sister, Eleanor, took on with ease so easy for her.

But, one summer, as she hangs out with her best friend Mike, her powers begin to manifest, and no sooner than that happening, she finds herself in summer school with other second borns training to defend the world. However, considering failing the training could mean being stripped of her powers and forgetting that fateful summer, will she succeed? Heck, taking note a supervillain is on the loose, even if she does succeed, will she survive?

15-year-old Samantha, who often goes by Sam, is not like other royals. She has a band with her best friend, is pro-democracy, and has powers that give her super senses. So, needless to say, she isn’t a girl who enjoys a good heel and fluffy dress. She prefers boots, biker gloves, and some good eyeliner. Which isn’t to downplay how serious she is when it comes to her beliefs. More so, she fits a trope and evolves from there.

Catherine is the Queen of Illyria, whose origins aren’t mentioned, that has teleportation powers and is not only the head of the Illyrian government but also the Secret Society of Second-Born Royals.

Robert is Catherine’s late husband, father to Eleanor, and Samantha, who died tragically.

Eleanor is Samantha’s older sister, who, with turning 18, is becoming queen.

Samantha’s best friend for over ten years, ever since she tried to hotwire his father’s tractor (his dad is the groundskeeper for Samantha’s family).

Roxana is a second-born royal whose power is invisibility, which is ironic since she is a social media personality and influencer.

Tuma is a party boy and troublemaking second-born royal with the powers of persuasion. Note, a power that doesn’t necessarily work on everything and everyone, like it doesn’t work on animals and the strong-willed. However, it is yet another gift strangely given by genetics, considering the personality of the person who would wield it.

A fraternal twin, this second-born royal, has the power to temporarily take another person’s power and use it as they would. Thus leaving the original powerless for a certain amount of time.

King Robert’s brother, who we’re told, died in the same accident he did.

The Characters Grow On You

I won’t pretend that when this first started, I was purely here because I loved “Andi Mack.” Also, what didn’t help is no one, when introduced, you just wanted to latch onto. Sam, even with her cool band and adorable relationship with best friend Mike, felt like a hook. Then, as Roxana and Tuma were introduced, this didn’t change, and with January being overly bubbly, she just seemed suspicious. Leaving Matteo.

He was quiet and adorable, and the only kid who wasn’t an ass, just socially awkward. I’d say it is partly through him you learn to enjoy Roxana, and eventually, everyone else grows on you. How? Well, by realizing the reason Roxana and Tuma are butt wipes, maybe Sam too, in your opinion, is because they have too many options but lack responsibility. With being second-born, they have no claim to the throne, and as Eleanor says to Sam, that means they got to be kids.

This isn’t to downplay them still having royal duties but, as seen with Sam or Roxana’s social media career, it didn’t mean they couldn’t have a life of their own. So as the initial perception is deconstructed and they just became supernatural kids just trying to figure their way, they grow on you.

Illyria is one of the few modern countries which appear to have an absolute monarchy. With that, you can understand the villain’s desire to present parliament, or some form of democracy, and not just for Illyria but across Europe. Mind you, not because they are powerless, but they want the common person empowered. Which makes them a better villain than what you often see for movies aimed at kids.

The Relationships Between The Kids

While we recognize it is a bit weird to ship kids, at the same time between Mike and Sam, then Roxana and Mateo, you see potential matches. With Mike and Sam, between their friendship and them as bandmates, you can see he gives her access to the real world and grounds her. Yet, at the same time, Sam provides access to her world, her privilege, and neither takes advantage of what the other offers.

Then with Roxana and Matteo, as noted above, he was the key to realizing this movie wasn’t going to feature two butt heads who are redeemable. So with his relationship to Roxana, you see not just him getting the viewer to come around and appreciate the rest of the supporting cast, but someone who also awakens something in him as well.

Mind you, not to the point the introverted Matteo becomes an extrovert but does seem less shy, timid, and unsure of himself. So whether they become something more or not, like with Sam and Mike, you want to see more of them in a potential sequel.

While you understand why January is like she is, there is just something about her which makes you want to roll your eyes so hard you could snap the connection to your brain. For while everyone else feels like they are at least on the path to being human, January doesn’t. She more so adheres to what you’d expect from a Disney Channel original movie rather than the slightly raised in quality Disney+ standard.

What we mean by that is, after almost a year of Disney+, I think it is fair to say that there is a bigger investment in kids who have already proven themselves than are just starting off. But with how January was written, you wouldn’t believe Blake-Thomas had approximately 47 credits to her name.

The Use of Powers Were Appropriate All Things Considered

As you should expect, how someone duplicates themselves, teleports, and other powers, they aren’t explained. Things are just so. Which makes the use of powers, and how the kids struggle both interesting and appropriate. For rather than present them as overpowered and out of control, they are in need of refinement and watching that struggle, sometimes abuse, makes you forgive how questionable each power is. Never mind the special effects definitely not meeting the level that the MCU and DCEU have made hard to match, on a modest budget, standard.

So, Edmund, the film’s villain, is the brother of Robert, Eleanor, and Samantha’s father, and he wanted there to be a democracy for the people. The problem is, Robert wanted to wait and plan it out further. This didn’t work for Edmund so he killed him to ascend to the throne, but Catherine discovered what he did, had him locked up, and took the throne.

With that, Edmund sat in a cage, which limited the use of his powers, and planned. Now, as for why his mind wasn’t wiped and powers taken, as Sam and the others were threatened with? WHO KNOWS?! But, with January wanting to take out her brother, since she sees him as an idiot, she works with him so that Edmund can free himself. Now, considering she wanted the throne, it isn’t clear what January was going to do with her kingdom giving people the right to vote, thus lessening her power?

Either way, by the end of the film, Edmund is defeated thanks to Sam, Tuma, Roxana, and Matteo working together, alongside Mike joining them and playing a role in knocking out January. Someone who is still on the loose, but when it comes to Edmund? Well, he is now trapped in some kind of container, which was made out to seem like a bomb, but apparently, in its mist, it can capture people and make them disappear without a trace.

Thus creating yet another thing that doesn’t make a whole lot of sense.

It is made clear January is still out there and seemingly has formed a crew. Now, why did she do this rather than just hire someone to kill her brother and keep it moving? Your guess is as good as mine. However, with her causing a fuss and making sure people know it is her, she has to be taken down.

The Relationships Between The Kids - 81%

The Use of Powers Were Appropriate All Things Considered - 77%

When it comes to "Secret Society of Second-Born Royals," there is room to grow. It doesn't necessarily hit it out of the park when it first starts, but it wins you over in the long run. It's just, while the characters grow on you in their matches, the majority don't have much appeal as individuals. Add in powers that have no explanation, one villain who is decent and the other worth an eye-roll, and it seems for any positive thing you could say, there is a negative. One usually a stronger factor than anything nice you could say. Hence the mixed label.