Rim of the World – Summary, Review (with Spoilers) 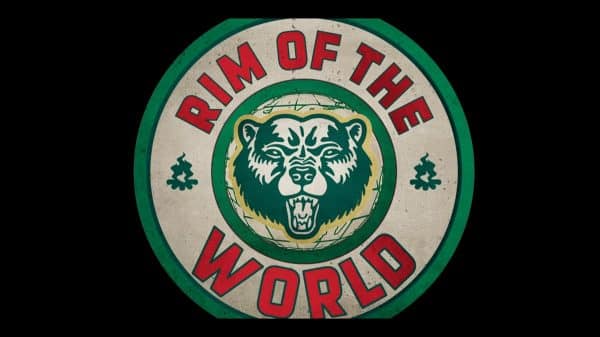 Thanks to a slight 80s vibe, and the chemistry of the cast, Rim of the World is an entertaining feature which definitely is in tune with Netflix’s brand.

Rim of the World Plot Summary

It seemingly was going to be a crappy summer. Alex was being coerced to go to some kind of adventure camp, ZhenZhen due to issues at home, like Dariush, and as for Gabriel? Well, let’s just say the summer hasn’t been too kind to him. But as aliens invade the planet, they find themselves forced to set their personal issues aside for they have to join together and save the world.

Who doesn’t like a pair in a movie you can ship? But what makes these two cute is that Alex is this adorable, shy guy and Zhenzhen this badass, who did lowkey seem like a stereotype at first. But as they grow and reveal themselves to each other, they become so cute.

With an assumed average age of 13, it was clear these kids aren’t babies. From the get-go we witness that Alex is dealing with major trauma associated with his dad, and each kid is dealing with something. And it is because of their various issues which makes them bonding across the film have an emotional impact.  Not to the point of bringing you to tears, but loving the fact they found at camp what they didn’t have a sense of at home.

The Dialog Of Black Characters

Admittedly, Logan, Dariush, and another Black character say some things which can be considered offensive and a bit out of step with the rest of the movie. Yet, they also have some of the funniest bits and one conversation, comparing the toys in Toy Story to how Black people interact with White people was strangely poignant. Granted, also something you expect a stoner to talk about but the thought was strangely more developed than you’d think it would be.

The Ending Leaves Some Unanswered Questions

I’m sure you already know what the ending is, whether you watched the film or not. However, I must admit not learning what happened to some of the characters we met early in the movie bugged me. Assuming they aren’t dead. Also, considering what Zhenzhen, Gabriel, and Dariush reveal to us, it makes the montage at the end a tad annoying for not following up on the stuff they mentioned. Especially considering at least two might be homeless.

Which is another thing, all things considered, as questioned above, why is there only one alien on the ground? I get the US military is fighting off ships but are you telling me, with the regenerative powers they have, none just jumped out the ship and regrouped on the ground?

Rim of the World Overall: Positive (Worth Seeing)

It’s Rim of the World’s heart which makes it a good movie. One which has it where you become emotionally invested in the leads and find yourself forgiving the VFX that are genuinely good, but slip up every now and then. And while some questions may go unanswered, at least the movie isn’t setting up an unnecessary sequel. Hence the positive label.

The Dialog Of Black Characters - 80%

The Ending Leaves Some Unanswered Questions - 75%