Wherever I Look
Recaps, Reviews, and So Much More
Home Movies Really Love (2020) – Review/Summary (with Spoilers)
Movies

Really Love may have one story element we’re all far too used to but beyond that? It’s a swoon-worthy romance film.

Set in DC, Isiah is an up-and-coming painter under the tutelage of Yusef Davis, hoping to impress Chenai Hungwe to potentially launch his career. However, upon meeting Stevie Richmond, a friend of his boy Nick’s girlfriend Mecca, he gets a little distracted. Yet, as Yusef told him, you have to live to find your muse, and with Stevie, Isaiah does live. But with Stevie being a prominent up-and-coming lawyer, soon to finish school, and getting offers across the United States, while both have made time for each other in DC, will their relationship survive when distance adds an additional strain to their relationship? MICA alumni Isiah works under the tutelage of Yusef Davis and dreams of using his art to challenge the perception of Black people. Not by making them supernatural or out of this world, but by showing their normalcy in his art. However, with minimal support from his family, Yusef is his main source of keeping on until Stevie comes into his life.

An established artist with Chenai’s backing, Yusef puts Isiah to game when it comes to being an artist and acts largely in the capacity of his mentor in Really Love. 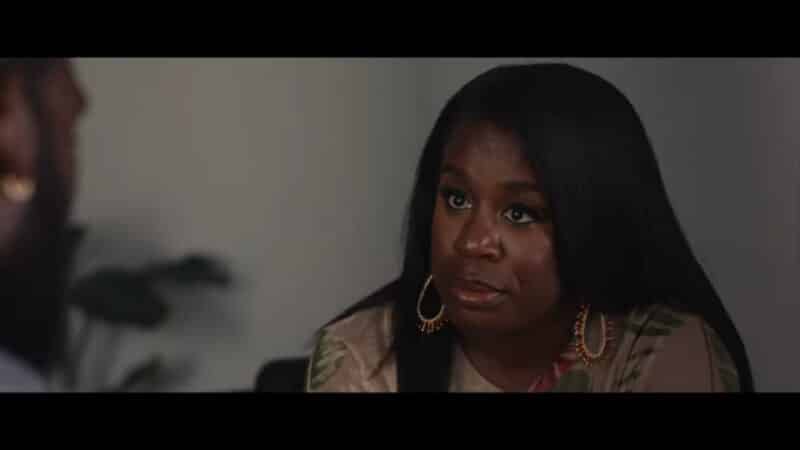 When Chenai is introduced to us, she is the person to know if you want to be seen and financially successful in DC’s art market. Hence, Yusef’s introduction leads to Chenai gaining an interest in Isiah and leading to her helping to cultivate his career. 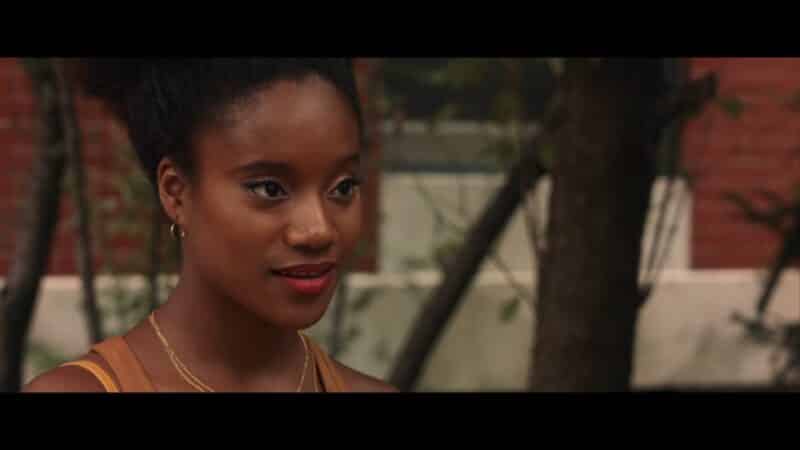 Currently a student at Georgetown, but former a student at Howard, while Stevie may claim to not have an artistic bone in her body, it doesn’t mean she lacks passion. She loves the music of DC, an artist named Isiah, and while her parents aren’t the most supportive of her relationship with him, she sticks by him. After all, you can’t name someone after Stevie Wonder, raise them in Rotterdam and have them have a world view, and not expect them to be both a visionary and rebellious.

The owner of a go-go place, Nick, is Isiah’s best friend since they went to a summer youth program. 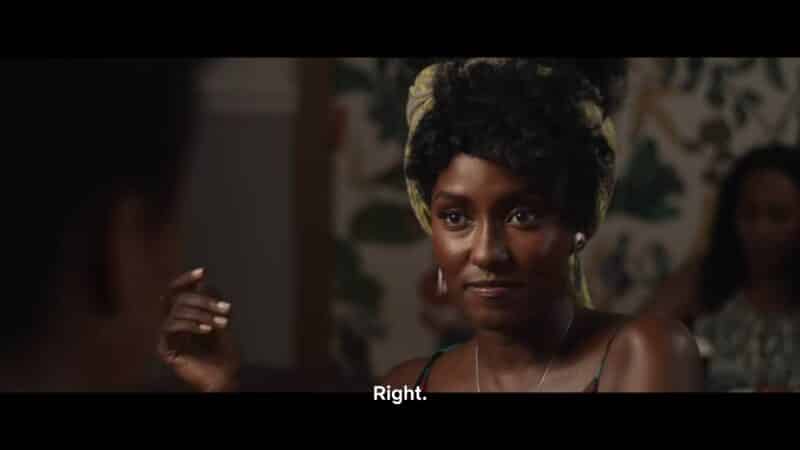 Despite holding multiple degrees, Mecca works in a coffee shop, one she perhaps manages but is rather happy there. Also, she is happy in her relationship with Nick, who, because of their connection, this allows Stevie and Isiah to meet since Mecca went to Howard with Stevie and invited her to Yusef’s art showing – the place where Stevie and Isiah meet.

You’ll Just Swoon Through Most Of The Movie

Really Love gives you that old-school Black romance film vibe, in terms of just two unambiguously Black people loving on each other, going on cute dates, and talking sweet to one another but with minimal drama. Which is where Really Love surpasses them for while this does fall into the usual romance film conflict that makes you want to roll your eyes, up until then, you are locked in.

Why? Well, to take it further, Kofi Siriboe is just the type who should make a career out of romance films. He has the look, the voice, the swag, and as shown on Queen Sugar, he can just as much be a problematic dude as he can be the one you want for yourself or someone you love to partner with. This isn’t to say Yootha Wong-Loi-Sing is just there to receive compliments and affection. She, too, is an OWN alumnus, via Love Is, and reminds you of how much you rooted for her character despite her borderline being treated as the other woman.

So to see her in Really Love get to be cool, accomplished, secure, and loved? Even with not being a Black woman, there was something in seeing that which brought joy to my soul. Since far too often, it seems love has to be far more complicated than it should be for Black women in films and TV.

While You Knew There Would Be Conflict, How It Is Handled Makes You Roll Your Eyes

With Isiah being an artist on the rise and Stevie desiring to be a top lawyer, you knew time management would be an issue. He has to have a certain output level, and studying for a law degree is no joke. Especially since she is going to Georgetown. So issues with not showing up, priorities, and not communicating as a couple should, you knew that would be an issue from the jump.

However, when things hit the fan, it may not feel like the aftermath was justified nor how the blowup played out. Add in the usual grand gesture/ attempt to reconciliation makes you side-eye the big fight, and it seems like Pride and Williams were operating on an obligation for conflict than anything else. 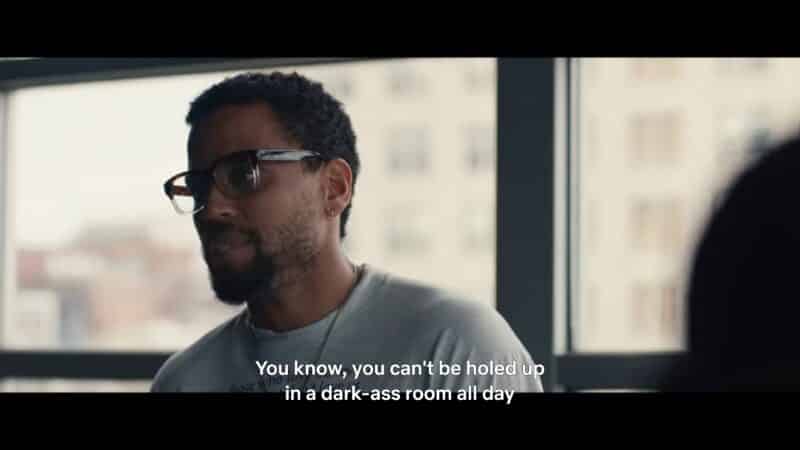 If you need and crave Black love or just a good romance story in general, Really Love has what you need. However, if you want characters with layers who truly shine as individuals beyond their relationships? Really Love stumbles a bit. For even with its leads, the investment is more so on long gazes, and cute moments than who these people want to be. This spreads to the supporting cast and makes it so that a bit of the magic of Really Love is gone when we are forced to see Isiah and Stevie as individuals.

Yet, Really Love never loses its magic completely, and that is why we’re noting this as worth seeing. Really Love (2020) – Review/Summary (with Spoilers)
Who Is This For?
Those who want a wonderful love story that may not have the best character development but does have a relationship worth being envious of.
Highlights
You'll Just Swoon Through Most Of The Movie
Disputable
While You Knew There Would Be Conflict, How It Is Handled Makes You Roll Your Eyes
The Supporting Characters
81

Black Men can and do love Black Women. Black women who are cerebral do relate to black men who are artistic. Sadly, far too often, this type of dynamic and/or interplay is not explored in television or films with both the male and female leads being black.

This was a piece of rare beauty. Positive vibes, allround, a slice of real black life. Something too many non-black (and some black) people seem determined to insist cannot be real. There was almost nil profanity, nil violence, people living in neighbourhoods as opposed to “the hood” and characters with dreams and ambitions who were determined to succeed.

For far too long black people have been served a diet of violence, profanity, hopelessness, poverty and failure and told that this accurately represents who we are and what we are about. It does not. Shout out to the writers, producers, actors and crew, for delivering a slice of Black life that is not an embarrassing to watch!!!