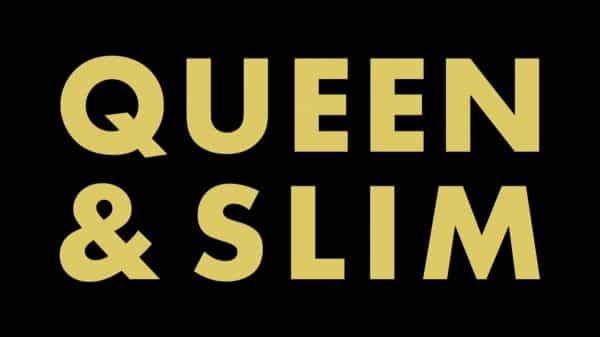 Queen & Slim shows we are truly in a golden age when it comes to media focused on Black lives made by Black people.

It all began with a Tinder date. Angela was lonely, and after not responding to Ernest for three weeks, she decides to ask him out to dinner. Not because he was the cutest or nothing like that, but he has this sadness about him she liked. Probably due to Ernest’s sadness being all too familiar for her. Plus, in his message, he put effort.

Yet, how did a first date become a 6 day run from the cops? Well, it all started with one cop with a history of brutality taking things too far and ends with Angela and Ernest evolving into a legendary couple. The kind who end up on shirts, murals, and whose story gets romanticized no matter what twists, turns, deaths, and tragedies happened throughout.

When it comes to films focused on Black people, in my experience, there is usually a strong focus either on those who live in the city and “made it” or those who live in poverty and crime. This film doesn’t focus on either. As Angela and Ernest go on the run, it takes us through the south and shows us solidarity, the music, the culture, and the things often passed over to create some sense of grit or peril.

The Love Between Ernest & Angela

Though, naturally, alongside that is the relationship between Ernest and Angela. One that does blossom mostly under duress, but Turner-Smith’s control over the situation, and then allowing herself to be vulnerable, that is what makes the film. Making it so, you could say she is beyond equals to Kaluuya but nearly puts him in that position women usually are where you can see them swapped out with anyone and the film still working.

Another thing which you have to love is that their conversations, such as whether fat Luther Vandross or skinny was better, are ace. That and there isn’t any fear in showing Angela be angry, distant, liking to be alone, strong, forceful, or any of that. With the way she is written, there is no fear of tropes or stereotypes. Angela is written to be a whole person who has a backstory and whose life didn’t begin when Ernest came into it.

As for Ernest? Being that Kaluuya comes off so chill, while you do have to appreciate his swag, I remain firm in thinking that he benefits from sharing scenes with Turner-Smith more than she does him. This isn’t downplaying his contribution, but I must admit it feels strange not to have the Black guy be this charismatic person who is young, a smidge over the top, and trying to flash his abs every other minute.

Whether it is Mississippi blues, New Orleans bounce music, or what I want to say is trap music, Queen and Slim has the kind of soundtrack that drives you to watch the film repeatedly for just that. I’d say the music, most of the songs, especially its mix of “Runnin’” by The Pharcyde, is of the ilk of Belly’s “Back II Life.” And let me add, there is this blues bar Angela and Ernest go to that creates this beautiful intimacy that as much as you will enjoy when the music is fast-paced or is heightening the violence, the groove of the music in that bar may make you want to get out on the floor and dance, if you brought your significant other.

It’s easy to write off all cops, and in the film, you see many of Ernest and Angela’s supporters do so. Yet, in a way which doesn’t feel forced or in a “Not all!” kind of way, you do see good Black cops who present themselves as people just trying to maintain the peace and prevent some, like Angela’s uncle Earl, from doing something which would put them in jail.

Though, with that said, just as much as we’re reminded Black folk aren’t a monolith in terms of music and culture, we are also reminded that not everyone supports Ernest and Angela and think what they did was right.

Lena Waithe, to me, is one of the top creatives right now and definitely is a product of those she has worked under and will surely continue their legacy. With that said, I must admit this exceeded my expectations before and during the movie.

Before the movie, I was expecting something a bit more political, dramatic, and the romance angle being less about love and more about survival. Then, during, there was this real fear Angela would be this woman who sacrifices it all for the protection of a Black man she barely knows but, thankfully, it doesn’t become that.

I’m not trying to watch this again tomorrow, but this will definitely be a film that is brought up when someone wants to watch something. Be it currently, while it is in theaters, or later on when it appears on Netflix, or whatever platform it is ultimately available on.

I don’t say this often but, this feels like a classic. Queen and Slim comes off like the kind of movie that, once it is allowed on television, you can see BET playing over and over because it is that good and not just because the licensing was cheap or Waithe’s relationship with the network. For what this film does is speak for the times, creates probably the most compelling story for a Black woman in a long time in film, and it features southern Black folk in a way that only OWN’s Queen Sugar also does. That is, show their truth without making it seem the core to their experience is poverty.

In the end, Angela and Ernest don’t make it to Cuba and get shot up, on the runway, right before getting on the plane. All because this one dude, who takes them to the person who is supposed to fly them to Cuba, he sells them out for the 250K bounty on both of their heads.

Now, what led up to that? Well, as noted, Angela and Ernest were on a date and while on the way to take her home, Ernest lets Angela take his phone to provide directions. However, with her looking into the playlists on his phone and making it clear things aren’t going further, he snatches his phone and swerves. With doing so, he attracts an aggressive cop’s attention who doesn’t like how both ask him too many questions or how Angela, who is an attorney, starts challenging him. So, to assert his authority, he takes out his gun and as things get heated, he shoots Angela in the leg and this leads to Ernest wrestling the gun out of the cop’s hand and eventually shooting him due to fearing for his life.

Thus taking the film from Ohio through Kentucky, Tennessee, New Orleans, and the southeast. Leading to, since Angela’s family is from the south, specifically New Orleans, us meeting her uncle on her mother’s side Earl and us getting to know about a lot of the trauma she went through growing up. Which, as she reveals it to Ernest, is what causes up to open up to him since he remains constant, calm, open, and does his best to make it so, on the journey they’re on, even if it doesn’t end well, which it doesn’t, they can at least say it wasn’t purely fear. Hence going to that bar, her teaching him how to ride a horse, and many other moments that made it so devastating when they got shot up and the news lied and said they were armed when killed.

The only kind of sequel I could imagine is a direct to obscurity release which has little to nothing to do with the characters seen in this film.

Queen and Slim comes off like the kind of movie that, once it is allowed on television, you can see BET playing over and over because it is that good and not just because the licensing was cheap or Waithe’s relationship with the network. For what this film does is speak for the times, creates probably the most compelling story for a Black woman in a long time in film, and it features southern Black folk in a way that only OWN’s Queen Sugar also does. That is, show their truth without making it seem the core to their experience is poverty.