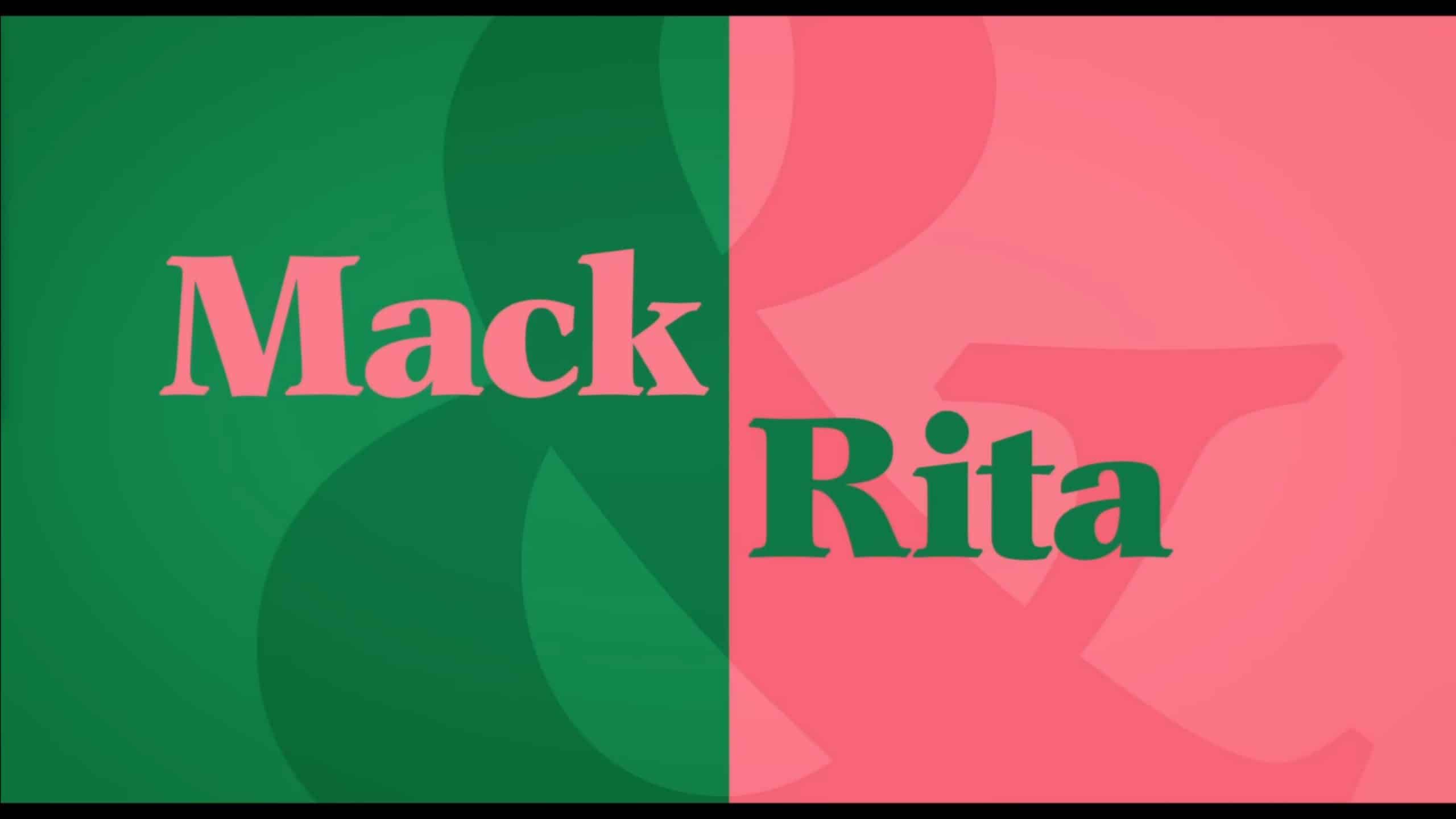 “Mack and Rita” reverses the de-age trope and shows getting older is a blessing and underrated privilege.

For most of Mack’s life, she idolized the elderly, but her grandmother Martin, who raised her, in particular. She exemplified effortlessly being cool, and Mack aspired to be like her. But, Mack had to earn the years, and until then, she adapted to being and getting along with people her age.

Often, this was more of an adjustment than she would like. Yes, her best friend Carla understood Mack was an old woman trapped in a young body, but Mack wasn’t Carla’s only friend, so Mack often got outvoted. This is shown in the film as Carla’s bridal weekend comes up, and while Mack wants something quiet and cozy, Carla, and her friends, would rather a Bad Bunny concert.

But, in a classic example of being careful what you wish for, Mack wanders into a tent where this man is supposed to help her regress. However, what he does is have Mack age to her 70th year, and after the freak-out, Mack, now Rita, finds all the benefits she has longed for. She begins to lose her inhibitions and says what she wants, flirts with her neighbor Jack, and while not in an instant, she finds herself more in tune thanks to her mental matching her physically.

However, becoming Rita slowly but surely becomes an issue as all that was Mack slips away, including Mack’s friendship with Carla. This forces Mack to take a hard look at her life and question if she’ll live out what is left of her life as Rita, someone who is all she would like to be at 30, or find a way to revert back and own the person she thinks comes in your later years, as a 30-year-old.

For all of her life, Mack has found everything that those in their golden years like Grandma Martin do fascinating. They dress how they want, have a certain level of privilege, they exude confidence, and even before her teen years, Mack recognized that everything she wanted to be as a person, she may not get until she is decades older.

Which is why she wished to be Rita, who has the access and opportunities to be all Mack dreamed herself up to become, but without the life experience.

Carla has been Mack’s best friend since grade school and is getting married soon and expects her maid of honor, Mack, to do her best to enjoy all the activities the best she can.

Jack is Mack’s neighbor she has a crush on but isn’t bold enough to chat up. This is despite him being accessible due to working in finance and having flexible hours.

Sharon is Carla’s mom who has lived a life that included going from being married to a man and later in life a woman, starting a wine club, and just overall living her best life.

Because the majority of productions skew towards depicting 20-something-year-olds, maybe around 50 at max, seeing people in their 70s is rare. At least in a capacity beyond a supporting character who is a wise sage, mentor, or inappropriate joke-cracking grandparent. So, seeing Mack dream of getting older and romanticize it as she does was beautiful.

Too often, from skin sagging, the body working against you, and the idea of being old makes you unattractive, the ability to become a senior citizen is met as a fright possibility. Yet, as Rita, Mack can attract a man multiple decades younger than her. By being her whole self, with very little compromise, she has more success as Rita on social media than she ever did as Mack. And when you add Sharon, Carla’s mom, and Sharon’s wine club into the mix? While the death of loved ones, mortality, and the journey to become old are mentioned and help calm Mack’s perception of being in your golden years, you are rarely pushed to see getting up in age as a negative thing. Rather, it is made to seem quite splendid.

One of the core issues with “Mack and Rita” is that Carla and Jack don’t make the best-supporting characters. In terms of Carla, the issue stems from there being a lack of character development. We know she is Mack’s best friend, but considering how different Mack portrayed herself in the early minutes of the film, you’re left asking why? Then, as an individual, you don’t learn anything about Carla. We don’t learn about her job, we barely see her fiancée and even the other members of Mack and Carla’s group; they are shallowly written to the point it is hard to invest in the friendship.

Then with Jack, as much as you want to applaud seeing an older woman with a younger man, the struggle here is that Jack isn’t given much depth. Unlike Carla, we do learn what he does for a living, but Jack has a generic appeal. He’s youthful but doesn’t live with his parents. Charming, but without flaws. The combination doesn’t make you get butterflies or any notable feelings regarding Rita and Jack dating. If anything, like “Mack and Rita” focusing on someone aging up and appreciating what it means to be old, Rita and Jack are just another example of how “Mack and Rita” wants to challenge the norm, but without really diving into what the situation or circumstance means.

While we don’t learn much about Sharon’s crew, beyond the oldest among them being 91 and still having her wits, they easily steal “Mack and Rita.” Whether it is asking about Rita’s sex life, exuding the benefits of aging gracefully, and how necessary that journey is to wholly find yourself, they contain the lesson here.

They are what “Mack and Rita” seemingly wants to sell you on the beauty and privilege of getting to be 70, 80, or even 90. Yet, while Rita does spend time with them, they are undercut. They appear and say enough to earn a check, but they don’t allow “Mack and Rita” the kind of depth which could make this venture towards more dramatic elements. If not a comedy that finds laughter despite what others may find uncomfortable.

Mack and Rita (2022) – Review/ Summary (with Spoilers)
Overall
While you have to applaud “Mack and Rita” as a nationwide theatrical release that celebrates getting older, it's too simplistic. It avoids crafting complex characters in favor of making everyone likable. Also, it avoids having real conversations about what it means to be older without Mack’s rose-colored glasses perspective, thus making it often feel like it has no desire to have depth. Rather, it wants to be cute, perhaps give hope, and offer the kind of light fare that doesn’t dwell on why getting old can suck.
Highlights
Positive Depiction of Aging
Disputable
No Strong Reason To Invest In Mack’s Friendships or Rita’s Relationship With Jack
Wishing We Got More Of Carla’s Mom Sharon and Her Friends
73
Follow Wherever I Look on Twitter and Instagram, Like us on Facebook, and Subscribe to the YouTube Channel.