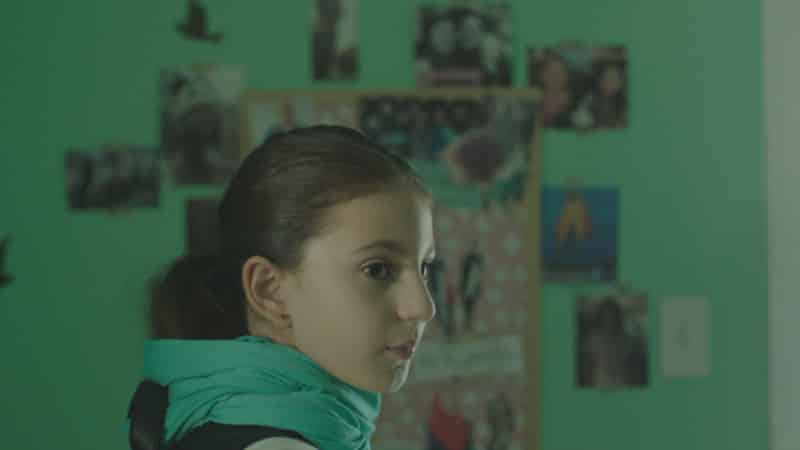 A young girl of Islamic faith has a growing interest in wearing a bikini to her swim meet and decides she isn’t going to ask her mother’s permission.

Samah is a young girl, likely a tween, who wears conservative clothing, due to her and her mother’s faith and culture. However, with seeing women in magazines in bikinis and her peers at her swimming class, Samah decides she will get a bikini, wear it, and be like the other girls.

Samah is a pre-teen who just wants to be like the other girls who, it’s hinted at, do talk about her when they think she can’t hear them.

Samah’s mom is trying to raise her daughter right while acknowledging they are in New York and a minority, culturally.

It Presents A Good Story, But It’s Subtle In A Way Which Makes You Wish It Said More

Certain things are just naturally understood. At a certain age, everyone starts to compare themselves to others, and most children would rather fit in than stand out. So, with Samah not going to a swim class filled with girls who dress like her, she stands out from the jump. Yet, because of her faith, she is supposed to dress modestly and not in a one-piece.

Now, most should know about how modesty plays a role in the Islamic faith and Arabian culture, but a part of me feels the short could have done more. Be it the mom being uncomfortable with a one-piece, maybe explaining how Samah felt? Not that I don’t understand what’s going on, since the short does include Samah being teased, I just felt things could have been more fleshed out. Especially considering how the short ends.

Swimsuit presents an interesting story, but with it not diving into its layers, there are enough missed opportunities that it takes it down a notch. Hence the mixed label.