Wherever I Look
Recaps, Reviews, and So Much More
Home Indie Street Gang: How We Got To Sesame Street – Review/Summary (with Spoilers)
Indie

Street Gang: How We Got To Sesame Street – Review/Summary (with Spoilers)

Street Gang: How We Got To Sesame Street is filled with nostalgia and fleshes out your childhood memories with what it took to make you smile and learn.

Street Gang: How We Got To Sesame Street focuses mainly on the early years of the iconic program and illuminates viewers on who, beyond Jim Henson, crafted the longest-running children’s program. It introduces us to Jon Stone, who often directed the earlier seasons and was the show’s first producer. We meet Joan Cooney, the showrunner, who often was the show’s face when it premiered in 1969, and how Jim Henson, this odd hippie-looking dude joined the team and made an international hit.

But, it isn’t just about them, it is also about Frank Oz’s contribution, the original Gordon, Matt Robinson, and why he exited the show, alongside showing us what the cast and crew were like when the kids weren’t around. And believe me when I say, the outtakes, they are PURE GOLD!

Understanding The Many People Who Came Together And Their Role

I think, like many, I just assumed all of Sesame Street came from Jim Henson. It is after all his puppets that are the famous characters. Not to downplay Gordon, Maria, and the rest, but for many of us who grew up on Sesame Street, it was Big Bird, Elmo, Cookie Monster, Bert, and Ernie, and the humans didn’t really register. So getting to understand how Stone and Cooney combined their talents, then brought Henson in, was a bit of a shock.

However, as you come to understand Cooney bringing in educators with comedians and then Stone creating an environment to thrive, you gain a great appreciation for them. Add in Cooney was a woman with a show that had an estimated 50+ million dollar budget if I understood correctly, and it really shows you, both in front of and behind the scenes Sesame Street is groundbreaking.

But, what you have to also appreciate is how the interviewees note that the actors, often green, maybe their first real job, asked of them to bring themselves and their culture. Sonia Manzano was asked if someone from her culture would actually talk like this, and she was able to say no and provide redirection. Heck, the original Gordon, Matt Robinson, was even allowed to introduce a whole character that wasn’t accepted by the audience he made it for. However, he was still given the opportunity to fail. Add in Carrol Spinney getting to modify Big Bird to who we know them as today, and the list goes on.

It truly pushes the idea that to make something revolutionary, you have to accept each person has a revolutionary idea and isn’t just there to be counted amongst the many.

Addressing Some of Sesame Street’s Controversies – Internal and External

Let’s just get out of the way, Street Gang: How We Got To Sesame Street effectively ends when Jim Henson dies, so it doesn’t address Kevin Clash, HBO owning their catalog, or the more modern controversies associated with Sesame Street. However, certain states’ public broadcasting channels, like Mississippi, not running the show gets addressed. Also, Matt Robinson trying to make something just for Black kids, which for some came off too much like a shucking and jiving character, which was promptly discarded, does get talked about.

For the most part, however, Street Gang: How We Got To Sesame Street keeps things on the up and up.

Whether it is hearing “It’s Not Easy Being Green” and meeting the man behind it, Joe Raposo, to seeing classic sketches featuring Cookie Monster, Gonzo, or Oscar the Grouch, you’ll be giggling as much as you did when you were a child. Heck, while watching a lot of the moments, if you have a kid or know one, it’ll make you want to have them join in because it really does enforce the idea this show is timeless.

Mind you, because the writers wrote for both the children watching and parents who they wanted to be right next to them.

In the film, Jon Stone mentions how much he wished they made a film about what went on backstage and in between cuts on Sesame Street, and this honestly is but a taste. But I’m not talking about seeing the creative process with puppeteers. I’m talking about the cursing, them cracking on each other, and us seeing the Jim Henson and company from before they got into children’s entertainment. Because, when introducing Henson, they note his style of comedy was made for college-aged people before Sesame Street, and sometimes that spilled over into the show. 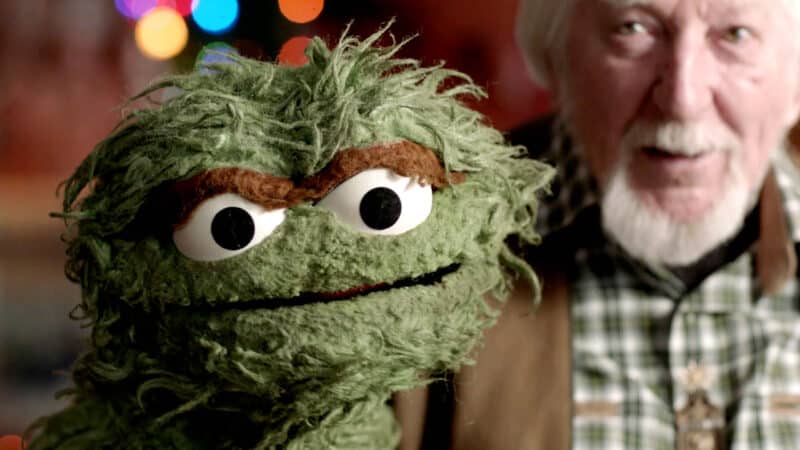 A still from Street Gang: How We Got To Sesame Street by Marilyn Agrelo, an official selection of the Premieres section at the 2021 Sundance Film Festival. Courtesy of Sundance Institute | photo by Luke Geissbühler.

Now, granted, none of that aired, but when you hear him, and Frank Oz go at it for someone flubbing a line or Caroll Spinney cursing as Oscar the Grouch, also talking about lack of sex, it makes you want more of that. Show me some Sesame Street – After Dark!

How It Feels Like We Focus So Much On The Early Years, And Then Suddenly We’re In 1990, And Jim Henson Is Dead

The way Street Gang: How We Got To Sesame Street plays out, you’d think we barely got halfway into the 70s with how light and fluffy things were. So when you suddenly are told we’re at 1990 and Jim Henson died, it makes you wonder if you missed something? Did we really go through 20 years of a show, and all that happened, that fast? Because there are no time stamps. At best, between the episode noting Mr. Hooper dying and when Matt Robinson left, those are your time markers. Beyond that? Maybe the premiere of this song, or when that celebrity was featured.

Street Gang: How We Got To Sesame Street allows you to understand what went into Sesame Street, beyond the monster puppets of Jim Henson. It helps you understand how the government-backed the show, the various ways it was ahead of its time, from Joan Cooney as showrunner, mixing comedy and education, with actual comedians and educators, and so much more.

Making it so, it’s almost like learning what went into the creation of Star Wars or Willy Wonka and the Chocolate Factory. But, rather than break things down and kill the magic in the process, it more so enhances your memories. If not honors that, with you now being an adult, you’d appreciate what went into crafting scenes.

Hence the positive label and recommendation. Street Gang: How We Got To Sesame Street is not only informative but inspirational and makes you, as an adult, want to revisit Sesame Street to see what’s happening to your old block.

Understanding The Many People Who Came Together And Their Role - 85%

Addressing Some of Sesame Street's Controversies – Internal and External - 83%

Street Gang: How We Got To Sesame Street is not only informative but inspirational and makes you, as an adult, want to revisit Sesame Street to see what's happening to your old block.