Wherever I Look
Recaps, Reviews, and So Much More
Home Movies Hotel Artemis – Recap/ Review (with Spoilers)
Movies

Consider Hotel Artemis a vehicle for Sterling K. Brown and you’ll enjoy it. However, if you were expecting a compelling crime movie or something funny? Prep to be disappointed.

It’s June 21st, 2028 and the city of LA has just had its water turned off. Rioters have taken to the street and martial law is called for. As this happens, code name Waikiki and Honolulu are trying to rob a bank but with the vault only being openable by the central office, that plan fails. However, since the world is a dangerous place, it is realized these maids and lowly people at the bank can be robbed. After all, they are making deposits for their bosses too afraid to touch the street.

But, as we quickly learn, Honolulu makes everything Waikiki tries to do in order to better their lives go to hell. Be it shooting at cops, which is why they end up in the Hotel Artemis, or him stealing these jewels from code name Niagara who runs LA’s underground. He, seemingly since childhood, has kept Waikiki from ever really progressing in life.

However, Waikiki is a loyal brother and no matter the BS, he sticks by his side. In fact, the same goes for how Waikiki feels about Nice. A woman he may have feelings for but, for various reasons, just never got with. One being, she is more than willing to cross the line and as much as Waikiki is a criminal, like Ms. Thomas, The Nurse, he follows a certain code and set of rules.

All of which fly out the door as Ms. Thomas breaks her own rules because of the nostalgia of seeing a cop named Morgan and pisses off Niagara’s son Crosby. Leading to the man who owns the hotel, Niagara, alongside the riots outside, making it seem this will not be just another Wednesday. 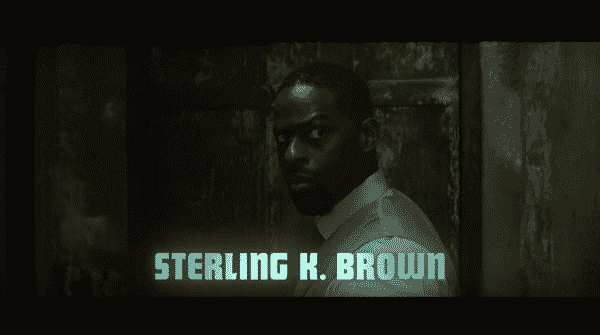 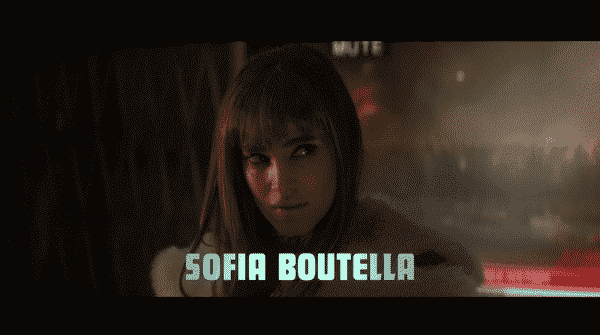 Separately and together, these two are what make the movie. Brown presents himself to be in the league of Will Smith and Denzel Washington in terms of, whether you see him as a bad guy or otherwise, his charm makes you not give one damn! For he draws you into the point that whoever’s side he is on, you are on their side as well.

But, also what Brown does well is be one of the few actors who doesn’t make their characters sob story, the pursuit to humanize them, come off cheap. Waikiki’s commitment to his brother Honolulu, no matter how big of a screw up he is, warms your heart a bit. For two Black anything who stick it out for one another, even when it isn’t convenient, just touches the soul a bit.

Though, brotherhood aside, Brown also makes an excellent love interest for Boutella. They may not have smoking, “THEY NEED THEIR OWN MOVIE!” kind of chemistry, but it works. You can feel that there is history and a bit of disappointment coming from both sides. Yet, there is a recognition that if one side was willing to change, they’d be together in no time.

Leading us to Boutella. The new princess of action movies also inspires the idea her name belongs with notable peers. For her, it would be Angelina Jolie and Charlize Theron. The type of woman who could likely kill every person in the room but only would do so if they pissed her off. Yet, as much as a badass she maybe, there is still this slight desire for something normal. Maybe not even a romance with someone who wants to get to know her, or already gets her, but just conversation. Something outside going from one job to another.

Thus making it where Nice becomes more than a French assassin and picks up on the idea that there are so many stories to tell and Boutella more than deserves to star in them.

It Thinks It Is Funnier Than It Is

You ever notice that movies increasingly have slight pauses for the sake of laughter? Usually, I don’t notice it because either I’m laughing or someone else is. However, in Hotel Artemis, it is really noticeable and pretty damn awkward. Also, there is this strong push for characters to have one-liners and they fall flat so often that it really makes it like Pearce got a taste of the Marvel formula and thought he knew it well enough to reproduce it.

The Action Is Kind of Underwhelming

Increasingly there is the need to question when something is rated R, does it mean we should expect it to not hold back? Because, I’m under the impression that when films are rated R for violence, it means, outside of showing someone do some stereotypical Eastern Europe type of torture, we should expect blood, fight scenes which make you flinch, and wounds which make the idea of eating during a movie disgusting.

Hotel Artemis doesn’t have that. We see some blood splatter and bullets but for those who are strong fans of the action genre, what we get here is all camera work and your usual dozen on one fight scenes. Making it seem like, the times we see these people get shot or hurt, it’s only to throw someone off their game and not because they’re human. There is nothing worse than a sob story that gets strung out to the point you stop caring. Such is the case for Ms. Thomas’ mourning over her son who she believes died of an overdose. For while you get it ruined her life, it doesn’t do much for the character and seems like such a wasteful thing to focus on when you have performances which draw you in so much better.

To put it to you a different way, watching anything dealing with Jodie Foster dealing with a character is like a resting period. Not to say she is bad in the movie, it is just her character was crafted in such a way she comes off like a liability.

Hotel Artemis is the type of film which you can imagine, if it focused on the actors who could have carried the film, it would be better than what was delivered. However, with the path it took, while Boutella and Sterling present enough adrenaline shots to keep you awake, after the film is over you aren’t left with anything really to gush about.

Hence the mixed label. While, by no means, is this worth a full-priced ticket, if you like Brown or Boutella, you’ll feel your matinee ticket price is justifiable. Though this by far will not become your favorite movie of either actor and probably, years down the line, will be something you believe you watched, but aren’t 100% sure.